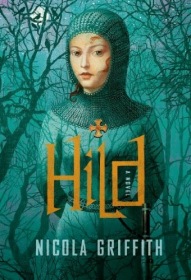 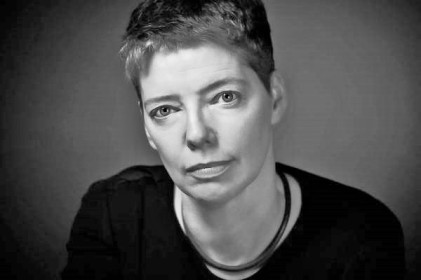 This was a rare thing: a book I came to on the strength of its subject, knowing nothing about its author, hoping that it would be a amusing read – only to find myself simply blown away by the quality of the writing. And I’m not easy to impress. All I knew at first was that this covered the same period as the excellent The King in the North, which I enjoyed so much. It has turned out to be just as brilliant, in a rather different way. This is a splendid treat of historical fiction, embracing the experiences of both men and women through the story of one remarkable protagonist.

There are bloody battles and war-glory, but also emotional struggles, weaving and childbearing. At the centre of all this is Hild, the king’s seer, a fiercely intelligent young woman who is coming to terms with what it means to be singled out as different. Her story is told in beautiful prose, which ranges from richly lyrical descriptions of the countryside to the cadences of epic war-songs. It’s not a short novel, but it’s utterly absorbing. Like me, you may simply lose yourself.

Hild is the daughter of the æthling Hereric, who dies in her infancy, and his wife Breguswith. While she is still a child, she and her mother enter the household of Hereric’s brother Edwin, King of Northumbria, and Breguswith’s instinct for survival protects them both until Hild is old enough to take control of her own destiny. The child grows up at the heart of the kingdom, the centre of the web, in the midst of an ebb and flow of alliances, suspicion and ambition. Breguswith makes sure that Hild is looked upon as special: she spreads word of a dream she had while she was pregnant, in which Hild was foretold as the light of the world: a prophet. And Breguswith now devotes herself to making that dream a reality. Even as a child Hild learns how to judge men and women, and how to see beyond their outer show to their inner motivations. She must be able to understand what people want of the king – power? land? recognition? – and how dangerous they might be.

And Hild goes even one step beyond what Breguswith demands of her. She sees patterns not only in the shifting network of alliances, but also in nature itself. In a world where people rely so heavily on good harvests, it becomes important to understand the habits of animals, the flights of birds, and the taste of bad weather on the way. Moreover, she must ensure that, whatever happens, she remains in the king’s favour. For Hild is born into a time of change. The old gods – Woden and the lesser gods of forest and field, well and spring and river – are being challenged by the advent of Christianity. This is not the traditional Christianity preached to the native British (the wealh) by their Irish priests, but a new and more aggressive religion, brought from Rome by the gaunt Paulinus. Accompanied by his flock of clerics, Paulinus sees his chance with Edwin and dreams of mass conversions that will win him an archbishop’s pallium from Rome. Initially Edwin hedges his bets, courting Paulinus while still drawing on Hild’s understanding of the land, its peoples and its habits. But this can’t last forever. At some point Edwin must make his choice; and Hild’s fate rests in the balance, along with all the kingdoms of the Anglisc.

No Anglisc spear will separate from its shaft, no sword break in battle. No spear will miss its cast, no shield fail. … It is their wyrd. I have seen it. Our gesiths, with their shining mail and inlaid helmets, with their swords and arm rings, with their bright cloaks and painted shields, … our husbands and sons and brothers will come home to us.

From what I can judge, the history seems to be spot-on. Griffith carries us along with the seasonal progresses of the court, and gives a rather thrilling picture of what it might have been like to visit Woden’s sacred enclosure at Yeavering, or to sit in the wooden amphitheatre Edwin built there. The whole book trembles with the religious and political uncertainties of this moment in time: the ambitious circling of Edwin’s underkings, or the exiled heirs of the Idings; and the nervous embrace of Christianity by a populace used to negotiating with their gods and, as yet, unfamiliar with the concept of sin. The question of prophecy and visions is beautifully handled. There’s nothing otherworldly here: no suggestion that the gods, if they exist, have any interest in directing the men and women who worship them. On the contrary, Hild’s predictions are born from her own observations and common sense: her grasp of the world’s patterns, which she can twist to her own use.

I found her to be a very sympathetic protagonist: her outcast state emphasised by her physical difference: tall and imposing, with a presence that allows her to play with the boundary between conventional masculine and feminine behaviours. As the seer, she is somehow neither male nor female (the fate of all seers since the days of Tiresias, perhaps). In some ways, this suits her. Even as a child she prefers to remain ‘at the edges of things – the edge of the crowd, the edge of the pool, the edge of the wood – where all must pass but none quite belonged.’ And, as a young woman, she can use her difference to create her own destiny: following her king to war, building a reputation as a warrior, and forming her own company of loyal gesiths. The outward world sees a steely, formidable exterior; and yet Hild is young, despite it all, and troubled by emotions her intelligence can’t help her with – leading her heart into places it is not allowed to be.

For me, Hild’s story gained extra interest and poignancy because I knew, from The King in the North, what happened to her eventually (and of course, spoilers follow so beware). In middle-age, respected for her shrewdness and wisdom, she became the founding abbess of the great abbey at Whitby during the reign of Oswald. After her death she was canonised as St Hilda. Bede tells us most of what we know about Hilda, but he makes little mention of her early years and so Griffith has taken the threads of history and woven them together to create this marvellous story to fill the void. Knowing a little of Hild’s future puts an interesting slant on the ending: in any other novel it might signal a traditional note of closure (although even here, nothing is quite what it seems), but it is only a pause in Hild’s greater story, a breathing space, before we know that the political landscape will crumble and reform once again.

Richly-described, sensitive and very far from being conventional, this is a real treat for anyone interested in this period – or anyone who loves lush, evocative language and the poetic resonance of ancient words – gesith; gemæcce; hægtes. Griffith has done a fabulous job and I hope she might turn to more historical fiction in the future, rather than the sci-fi and crime which I understand she’s focused on so far. She certainly has a gift for it. Do get your hands on a copy if you can – settle back and savour it – and come and tell me what you think. I do hope you enjoy it. And why wouldn’t you? Here is the gleam of arm-rings, brooches and torcs; the fellowship of mead and songs; and the echoes of heroic grandeur in an age which is already coming to an end:

We ride in service to a dream from the gods. If our dreamer’s horse fails, you will give her yours. If her food runs low, you will give your own. She will light our way. And now we ride.