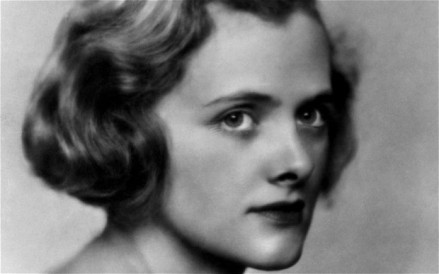 Spring cleaning is happening later than usual this year, in both blog and household terms, but I thought it was time to polish off some of the posts which have been lurking in my drafts folder. This, for example, is a book I read last summer, and I’ve no idea why I didn’t post about it at the time, because the draft was virtually finished. However, better late than never. I’m aware that I am probably preaching to the converted here: My Cousin Rachel is a modern classic and I should think that many of you bookish types will have already read it. However, if there’s anyone vacillating and waiting for a little bit more of a push, I’ll be happy to add my voice to its advocates.

Philip Ashley is twenty-four years old: an innocent, unworldly boy who has spent his whole life in the orbit of his much older cousin Ambrose. For Philip, Ambrose has been guardian, friend and substitute father, and Philip has always known that one day he will inherit the rambling Cornish estate which is so close to both their hearts. But when Ambrose’s health requires a stay in Italy, leaving Philip behind to run the estate, the precious balance of their lives is fatally disrupted. Ambrose’s letters grow more infrequent; and then comes news that Philip had never dared even contemplate. Ambrose has fallen in love with a woman in Florence, the eponymous Rachel, an Anglo-Italian widow who shares his passion for gardening and who has unexpectedly conjured a flame in this old bachelor’s heart.

And worse news follows. Cloistered in Rachel’s villa in Fiesole, Ambrose falls dangerously ill. Disturbing fragmentary letters are delivered to Philip in Cornwall. And soon Philip realises that he must go to his beloved cousin’s aid in Florence; but he makes the long journey to no avail. Arriving to find Ambrose dead, the villa shuttered up, and no sign of Rachel except her shadowy lawyer Rainaldi, Philip all too soon has to make his way homeward, orphaned and bereft once again. But presently he receives more unsettling tidings: an unexpected and unwelcome visitor has arrived in Plymouth and is making her way to his estate. Cousin Rachel is about to reveal herself.

Helen over at She Reads Novels was working her way through du Maurier’s entire oeuvre last summer and I was following her progress with interest. When I enthused over Frenchman’s Creek, she recommended Rachel and I’m pleased to say that I thought it was a wonderful book. It wasn’t what I was expecting – I think I’d anticipated something a bit more overtly eerie and a bit more along the lines of Rebecca – but in a way it was all the better for being different. There are many things left unclear, down to the time the novel was set (though I imagined it in the period around 1850), but in a way this just focuses attention on the timeless beauty of Philip’s estate and on the unfolding relationships between the characters. While it doesn’t have the same spine-chilling quality as Rebecca, it’s a subtle and elegant study of manipulation and psychology. Watching Rachel insinuate herself into the lives of Philip, his servants and his tenants is a joy, like watching a consummate actress perform her part. And what is so exquisite is that one can never be quite sure about her motives. Nor can one entirely trust Philip: this is a book where the author pulls off that immensely difficult trick of creating an entirely convincing first-person ‘voice’ while at the same time showing us all too clearly the shortcomings and flaws of that character.

In some ways this is a very simple novel: much of its impact comes from the way it builds atmosphere and so it is hard to know what more to say than this; except to emphasise the fact that it was deliciously satisfying. I don’t have any more du Maurier lined up to read at the moment, but Helen said that I might like The King’s General, so that’ll probably be where I go next.