Haydn has rather slipped under my radar so far, partly because his few operas don’t form part of the standard repertoire, and partly because a friend of mine has been a little dismissive of him so I didn’t actively seek him out. But on the basis of The Creation, performed on Saturday at the Assembly Rooms in Bath by the Bath Choral Society and the Bristol Ensemble, I’m going to have to revise that opinion.

Haydn may not quite be at the heights of my personal pantheon, but he’s definitely on the upper slopes: I found his music to be gutsy and vividly colourful and, even though I haven’t been a big fan of oratorio so far, I really enjoyed this. He was evidently a composer who knew exactly how to make an impression on his audience and, as my father noted during the interval, seems to have invented the wall of sound two hundred years before Phil Spector.

Inspired by the Handel oratorios which Haydn had heard during his visits to London in 1791 and 1794, The Creation had its première in Vienna in 1798. This first performance had a libretto in German, but Haydn’s original source was an English poem and, when The Creation was due to be performed in England, he insisted that the libretto should be translated back into English. We listened to a revision of this English libretto on Saturday, which led to lots of quirky 18th-century phrasing (as ever, it reminded me why opera usually sounds best in Italian): my two particular favourites were ‘Here vent their fumes the fragrant herbs’ and ‘Multiply, ye finny tribes, and fill each wat’ry deep!’ Having enjoyed great success in London, the oratorio was performed at the Assembly Rooms in Bath on 10 December 1800, so it was very apt to see it unfold once again in the Ballroom designed by John Wood the Younger in 1769, beneath glittering chandeliers and stucco cornices.

The Bath Choral Society was accompanied by three soloists: the soprano Helen-Jane Howells, taking the roles of Gabriel and Eve; tenor Nick Pritchard, singing Uriel; and bass James Platt, singing Raphael and Adam. Those of you with sharp eyes will recognise Pritchard’s name: I saw him as Aquilio in Bach’s Adriano in Siria back in the spring. All three were good, and Platt was most memorable: his bass was warm and supple and, as we went along, he became more animated in his performance. Howells was the most expressive from the beginning, with a delicate soprano that I imagine would work well in soubrette roles: it was a pretty voice (very fitting for an angel), but her highest notes were a little on the strained side. I was glad to see Pritchard again, since I found it hard to get a good idea of his voice in Adriano. His light tenor worked very nicely with the music, but he could do with pushing his projection a little, and trying to act the text even if it’s only through expressions or the tones of his voice; he looked a little nervous throughout. The forces of Bath Choral Society, whose singers are talented amateurs rather than professionals, backed everything up with immense gusto. They contributed to much of that ‘wall of sound’ feel, and I must doff my hat to Haydn as one who clearly felt a section was incomplete unless it was rounded off with full-on choir, orchestra, horns and drums wherever possible. Well done that man.

As this was the first time I’d ever heard this music, I was primarily bowled over by Haydn’s descriptive brilliance. The Creation is really a series of paintings in music and I found it positively magical how he managed to simulate such effects. One of the most thrilling bits (which I now see is very famous) was the representation of the creation of light: truly a stunning moment. The music has been showing the soft, listless furling of chaos in the darkness and suddenly light explodes into existence, with strings, brass and choir combining to build up a scintillating, triumphant sunburst of sound. Haydn also manages to differentiate the sounds of gentle rain, hail and light snow; to depict the tumultuous waters being drawn back to form the earth, while furious storms rage overhead; and to show the newly-created sun rising, piercing the first dawn with its light. When God creates the animals and birds, phrases of music represent the roaring lion, the tiger, the soaring eagle, the ponderous whales in the ocean depths, the lark, cuckoo and nightingale. I haven’t ever heard a composition which so successfully replicates vision in music.

Perhaps it was for this reason that I thought Parts I and II were stronger than Part III, by which point creation itself is over, and which is devoted to Adam and Eve praising God, while angels warn them cryptically about the dangers of pursuing knowledge. But overall it’s an exciting and impressive piece of music with truly splendid choruses. I can’t say it’s entirely banished my wariness of oratorio, but it’s certainly left me eager to know Haydn better. (Given the date of composition, it’s hardly surprising that The Creation feels Classical rather than Baroque: there are some bits which hint very strongly that Haydn had been listening to Mozart. I’m now keen to dig out the recording I have of Haydn’s opera Armida to see how he copes in opera seria mode.) Handel’s Messiah, which I’m going to be seeing for the first time in early December, will have to do a lot to match up to the sheer impact of The Creation.

Before I conclude, a word or two about some practical matters. Bath Choral Society, or whoever was responsible for running this concert, have got to get themselves in order. The organisation of Saturday’s event was, to put it kindly, a shambles. We’d booked our tickets online, half an hour after they went on public sale, by which point the entire front of the seating plan was showing as sold out. This was evidently a glitch because on the night only half the seats in the entire hall were taken – perhaps a sign that publicity needs more work – and the front rows were mostly empty. Then, having found our seats, we discovered a man sitting in them who refused to move, claiming they were unreserved despite the patent evidence to the contrary on our tickets. We appealed to a steward, who appealed in turn to the box office manager, who rather alarmingly claimed that our row number didn’t even exist. This did not inspire confidence, since said number was printed both on the ticket and on a large notice at the end of the row. Since the steward personally knew the man who was occupying our seats, she didn’t want to confront him and instead – very kindly – moved us to excellent seats in the third row, which offered a much better view than those we’d originally booked.

We were grateful, of course. But a palaver like that shouldn’t happen. The high performance standard deserved more professional and efficient organisation, and much better publicity. If Bath genuinely can’t furnish enough people to fill the Assembly Rooms on a Saturday night for a classical music concert, then we’re in dire straits indeed. Let’s hope there’s a better turnout for Sarah Connolly’s concert at the Guildhall in a couple of weeks (I won’t be there, alas). 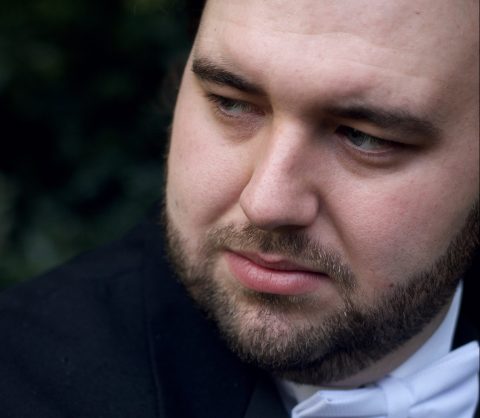