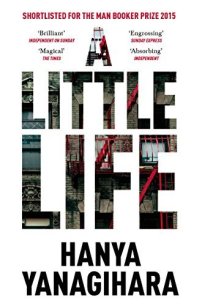 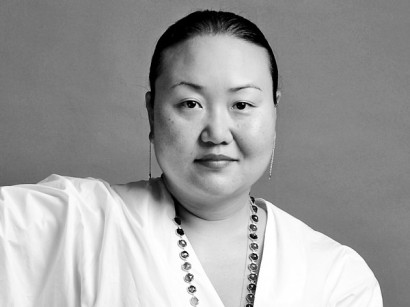 This is going to be hard to write about, and not because I don’t know what to say, but because I don’t know how to say it. I want to use words that I customarily turn to when speaking of things I admire: brilliant, magnificent, splendid, astonishing. But such words neuter the power of this book and render it somehow superficial and glittery, when what I actually want to convey is that this novel one moment twists your stomach and ties knots in your throat, and the next offers you a moment of beauty as perfect and transitory as sunlight reflecting off a lacquered bowl. I’m not sure I can express how good this book is without trivialising it. If I say that, on finishing it, I sat in the shadows and actually wept with rage and the poignant shame of it, that might give you some idea of its impact.

You’ve probably already heard about the book because it has, justly, been celebrated both in the US and here in the UK, where it was shortlisted for last year’s Booker Prize. I haven’t read the winning Booker novel, A Brief History of Seven Killings, but it must have been truly extraordinary to have eclipsed this.

A Little Life is the tale of four college friends, who set out to make their names in New York. The architect Malcolm, the son of wealthy parents, still lives in the family home on the Upper East Side. On one hand he’s relieved to be able to live in comfort; on the other, frustrated that his conventional parents insist on treating him as an overgrown child even as he strives to find his adult identity. JB, an artist, has always been obscurely ashamed of his family’s normalcy: his brilliant, hard-working mother, aunts and loving grandmother, all of whom adore him and pamper him as a little king. This isn’t the gritty, angry story that a black artist should have in order to be taken seriously. Later he finds a new way to express himself, by mythologising his friends’ lives, exploding snapshots of quotidian chance into paintings full of implied significance. Then there’s Willem, poised and handsome, whose parents and brother are dead. He dreams of becoming an actor, adopting other faces to forget the cool, unsatisfactory quality of his own early life, but at first he can only wait for coveted auditions. In the meantime he waits tables in a restaurant and lives in a grim apartment with the fourth member of their quartet: Jude.

Jude is an enigma. He never speaks of his past but, of all the friends, is the one most immediately likely to be successful. A dazzling mathematician and fierce lawyer, he starts out working for the US Attorney’s Office, while nurturing a shy friendship with his former professor Harold. The others know that Jude tries to shrug off his history, to efface it, but it’s there between them, a challenging void that is more chasm than ellipse. As young men used to boasting and ritualistic storytelling, these three have fashioned their own selves with reference to their pasts, and Jude’s refusal to participate in this sharing, this bonding, troubles them. It becomes even more troublesome because Jude fails to share – with them, with Harold, or with his doctor Andy – things that would help to explain his injured legs; his self-deprecation; his introversion; and the reason he seeks release through self-harm. As the years pass, and the four grow older and begin to fit into the lives they’ve moulded for themselves, the truth behind Jude’s mysteries becomes ever more pertinent, and ever more fiercely guarded.

It’s a big, sprawling, meaty brick of a New York novel. On the surface, Yanagihara’s characters come to inhabit a privileged, self-absorbed, slightly obnoxious world, where arty people have deep conversations in echoing lofts. But she isn’t interested in the cool superficiality of her characters’ public lives. She wants to peel back their defensive carapaces and expose them, half-formed and squirming, to the light. Her novel scrutinises their self-fashioning, their attempts to erase or reinvent their pasts, and the negotiations involved in a prolonged friendship of this kind. And she looks at love: its different shapes, its different manifestations, and the way that it can simultaneously be the greatest gift and a terrifying responsibility. There are moments of sweetness but, for me, it never strayed into sentimentality. In fairy tales, love is always the answer: it transforms scullions into aristocrats and beasts into beauties. But real life isn’t a fairy story. Sometimes, even if you get everything you wanted, you can’t bring yourself to accept such good fortune. Real love doesn’t magically save or transform. No matter how deep and selfless and generous love is, sometimes it can’t pierce the armour.

There are horrors in this book too: a ghastly litany of man’s inhumanities to man. They’re veiled just enough that you have to follow the threads at first, groping your way towards the sickening truth. It’s heartbreaking to see the extent to which childhood trauma can scar itself on soul as well as flesh. You spend such time with these characters that they begin to feel real, and so the events that follow seem even more raw and painful.

But even in its darkest moments the book has a strange kind of grace, thanks to Yanagihara’s writing and her deep compassion for her four protagonists, even when they’re at their most unlovable (JB) or their most frustrating (Jude). She has a painterly attentiveness to light and scenery and her descriptions are beautiful in the same way as her plotting, shaded with sadness, because all things, especially the loveliest, are transitory. Take this train journey, for example:

The other aspect of those weekday-evening trips he loved was the light itself, how it filled the train like something living as the cars rattled across the bridge, how it washed the weariness from his seatmates’ faces and revealed them as they were when they first came to the country, when they were young and America seemed conquerable. He’d watch that kind light suffuse the car like syrup, watch it smudge furrows from foreheads, slick gray hairs into gold, gentle the aggressive shine from cheap fabrics into something lustrous and fine. And then the sun would drift, the car rattling uncaringly away from it, and the world would return to its normal sad shapes and colors, the people to their normal sad state, a shift as cruel and abrupt as if it had been made by a sorcerer’s wand.

Have I criticisms? Very few. There are times when the cruelty of it all feels a bit too much, but there are also acts of great, selfless kindness. I might venture that Willem occasionally felt too perfect, too understanding and too patient, but that would be to quibble. Essentially this is an extraordinarily fine book. If you enjoyed The Goldfinch, I think you would enjoy this too, for there are moments when the two books feel very similar in spirit, though A Little Life is darker and more haunting. I firmly recommend it, but you have to be prepared to find time for it. It’s 720 pages long in its paperback edition and it helps, I think, to read large chunks in one go so that you get lost in its world and feel the characters coming alive around you. It isn’t a fun novel, it isn’t easy, and it will require you to venture into some very dark places, but it is rewarding, in its sobering way.

One day, maybe in a year or so, I’d like to read it again so that I can savour the language a little more, but in the meantime I’m looking forward to reading Yanagihara’s earlier novel, The People in the Trees, which I took out of the library at the same time.