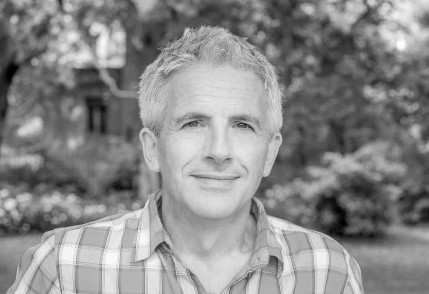 After reading Facing the Tank, I was keen to try some of Patrick Gale’s other novels. By chance, I stumbled across Friendly Fire, which is set in the same town and focuses on the grand old boarding school, Tatham’s, at its heart. Gale admits in his author’s note that the school is a thinly-disguised version of his own alma mater at Winchester, and perhaps that’s why the story shimmers with a kind of nostalgia. Like an adolescent version of The Lessons crossed with The Secret History, it follows the formidably bright Sophie and her friendship with the fascinating, flamboyant Lucas across the course of three tempestuous years. It’s a tribute to intense adolescent friendship, a tale of trying to find one’s place in a confusing world, and – perhaps above all – a love-letter to what happens when a thirsty mind meets a classical education.

Sophie knows perfectly well that she’s an anomaly at Tatham’s. For a start, she’s a girl and, though the school has (grudgingly?) taken a handful of girls since the 17th century, they are treated very differently to the throng of boys. But Sophie is different in another way, a way that she’s desperate to conceal. Most of her fellow pupils have wealthy parents and grand townhouses or estates to escape to during the holidays. But Sophie has been brought up in the town’s children’s home – a very happy, warm, secure childhood, cared for by the devoted couple who run the house, but a children’s home nonetheless. In a world where to be different is to invite ridicule or exclusion, she has to learn to become a chameleon: to speak differently, to understand the complex social rules of her new world, and to blend with those around her. By the same token, she has to shed this skin whenever she goes home for the holidays to the more rough-and-tumble freedom of her childhood friends – particularly her best friend Wilf.

Fitting in doesn’t seem to be an issue for Lucas Behrman. He bursts into Sophie’s life like a comet pointing the way to a different world. Of course she falls in love with him; and of course it’s hopeless, for Lucas isn’t interested in girls in that way. But he is interested in friendship with Sophie, and their association opens a further door for her, into a world of subterfuge and private jokes: the wonderful feeling of being in a clique of two, contra mundum. But their loyal twosome can’t last. As they grow older, the world outside begins to chip away at their comfortable exclusivity as crushes and new friends demand their respective attentions. Blinded by the power of youth and brilliance, they find themselves dragged into a thrilling secret – but it’s one that will have tragic consequences.

For someone who, quite candidly, loathed much of her secondary school experience (the social side, at least) until the heady academic heights of sixth form, it’s odd that I should be so drawn in by school stories. I think it’s probably nostalgia for something I never had: the rigour of boarding-school life; the Greek and Latin; the bizarre rituals and school slang. And perhaps it’s empathy, because I know exactly what Sophie feels like in those moments of sudden understanding, when knowledge seems to open up a doorway to a magical otherworld. Yet it isn’t just my own associations that make the book such a pleasure to read. It’s Gale’s writing, too. It is still very rare for an author convincingly to pull off a first-person narration by a character of the opposite sex, but Gale manages to get into the head of a teenage girl with quite extraordinarily facility. Sophie feels incredibly real, with flaws and shortcomings as well as brilliant abilities, and I loved following her across these three years from nearly-fourteen to nearly-seventeen, in which so much changes both inwardly and outwardly.

Conjuring up the hothouse atmosphere of school, thoughtful and generous, and written with a light touch, this is a lovely little book and comes warmly recommended. I enjoyed it much more than Facing the Tank, with its supernatural absurdities, because it felt much more intimate and human. I’ll be looking out for more of Gale’s work – in fact, I already have A Place Called Winter lying around somewhere in my flat, so that’ll probably be next up (if I can find it).