I bought these books by Mara Altman when I was going through a Kindle Singles phase last year. A New York Jewish journalist in her thirties, she isn’t a writer I was familiar with, but her essays about life as a millennial woman in the early 21st century made me smile (though not to the snort-inducing iconoclastic extent of Caitlin Moran). Altman looks at the tyranny of expectations surrounding engagement rings, body hair, having children, and all the things that we like to pretend are no longer issues, what with being a modern and progressive society. Many of her stories elicit flashes of recognition; others induce winces of sympathy; and these short pieces work well for entertainment on a commute or journey. Not all of the pieces hit the mark, but in general they make for amusing flashes of insight into the modern-day feminine condition.

Two and a half years into her relationship, Altman is almost embarrassed to admit that she wants to get engaged. She never wanted to be one of those girls, and yet here she is, with her boyfriend / soon-to-be-fiance Dave, looking in jewellery shops. What is an engagement ring meant to look like? Does it have to look a certain way – diamonds, sparkle – in order for other people to understand what it means? And what does an engagement ring mean, anyway? Is it for the woman to show off that the man loves her – or for the man, to show other men that his woman is taken (‘the way garlic vanquishes vampires’)? And why that finger? It’s time to try and figure out why all this matters, and to find out who decided that diamonds were ‘forever’ anyway. Tradition, as it turns out, is sometimes a very thin smoke-screen for advertising (the expectation of a diamond engagement ring is largely thanks to a huge campaign by De Beers).

Altman definitely has a fun turn of phrase (‘Fiance sounds like one of those miniature dogs that fit in a purse or some fancy version of a donut people like to eat when they’re drunk’). Taking her own experience as a springboard, she looks at other issues related to the ring. What if the man chooses a ring that the woman absolutely hates? Does that mean he doesn’t really know anything about her at all? Does he choose a ring for the eyes of the woman, or the eyes of the rest of the world (‘I didn’t want to wear some guy’s ego on my finger,’ points out one of Altman’s friends, ‘even if it was an ego I love and may one day choose to procreate with’). And then she faces the real issue: not the ring itself, or the experiences of the two people closest to said ring, but the way that society as a whole reacts to it. And Altman discovers, to her surprise, that the ring she and Dave picked out (sensible, low-key, affordable) seems to have a whole weight of social resonances that they hadn’t bargained for. (‘Would my ring’s value add some value to me?’) Do they really have to play the game?

While not the best of Altman’s bunch – there’s some meandering – it still gets you thinking about the broader implications of an object that turns out to be far from the simple declaration of love it pretends to be. Bloomsbury Object Lessons should do Engagement Ring if they haven’t already. 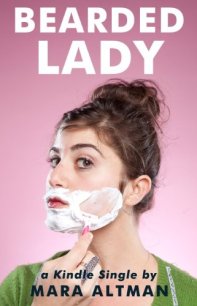 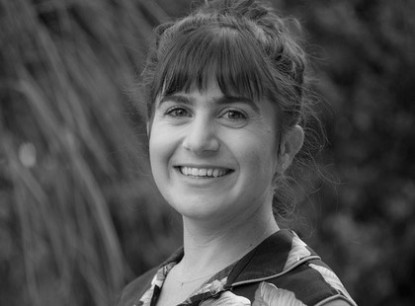 Facial hair on women. It’s a thing. (Honestly, it is a thing. Yes, those are my tweezers.) Altman learns to be self-conscious about hers at the age of nineteen, when a handsome waiter compliments her ‘blonde moustache’. The paranoia lingers (‘If I caught myself in the right light in my bedroom, I could see a vague resemblance to Tom Selleck’). Now, at thirty, she’s wondering how to break the news to her fiance Dave (‘a wonderful man who is covered in hair. He not only makes me feel happy; he also makes me feel smooth’). How will he react to the news that women spend their lives fighting a desperate and losing battle against encroaching hair, spending vast sums of money just so that their men don’t ‘run screaming into the night’? Of course, we shouldn’t have to do this. But we do, because we feel compelled to follow the ‘societal standard that all women must be smooth, supple, hairless creatures’.

Altman takes us with her on her quest to become hairless, taking in waxing, threading, plucking and laser treatment. But a whole new spanner is about to be thrown in the works. When she starts dating – and then moves in with – Dave, how on earth is she supposed to keep her furtive regime secret? What if he finds out? (‘To be perfectly honest, I wouldn’t even be writing this if we weren’t already engaged.’) And then Altman tips the issue on its head. When did women start to be told that they needed to be hairless? Who imposes the standard? Who makes the fashion? She heads out to discover the gatekeepers of hairiness, the women – and, weirdly enough, they are all women – who determine where the line falls between good hair and bad hair. And is it too late for Altman herself to rework her relationship with her own body hair? An interesting survey of what we do, what we believe, and why we bother. Probably more immediately appealing to women, but it’d do men no harm to read this, just to see the amount of time, money and effort the other 50% of the population puts into looking the way they do. 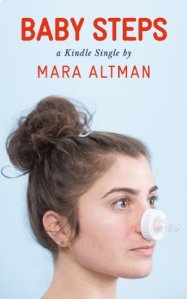 Mara Altman has been married to her husband Dave for two years, and it’s beginning to get unbearable. Friends, relatives and complete strangers are all paying an inordinate amount of attention to her body shape, and speculating whether it might change any time soon; in short, when will she get pregnant? Because that’s what you do, isn’t it? You find the love of your life, get married and make mini humans. Or is it? In a state of increasing panic, Altman wonders what it actually means to have a child. Is she ready to give up the dreams of travel and freedom that always felt so important to her? What does it feel like to be pregnant? What’s the truth about being a parent? How can she reconcile her friends’ assurances that parenthood is ‘the best thing ever’ with their red-rimmed, puffy eyes and sleep deprivation? How can she decide if this is the right thing for her or not? And how long does she have before the choice gets made for her?

Following usual practice, Altman swings into action and starts calling the experts – college professors; psychologists; authors; the founder of the Museum of Motherhood. She goes to pregnancy yoga on the Upper West Side, and tries out a weighed mock-pregnancy belly. Her most alarming experiment is the lifelike battery-operated baby doll, hired for a week, which she finds herself desperately emptying of batteries behind a rubbish bin when it simply won’t stop crying. Everything points to the fact that Altman is not ready to have children, but that’s not quite what she feels… or is she just feeling the pressure of years of societal expectation? Covering the dreaded biological clock, the fertility window, and other issues likely to make fellow thirty-something women curl up and whimper inwardly, Altman tries to slash a path through the bewildering forest of parenting advice. A story that resonates – even if, like me, you’re fortunate enough to have avoided public speculation about the state of your ovaries, Altman’s questions are things that start insidiously troubling the mind at a certain period of life. A funny, frank and honest assessment of life’s biggest choice.

The chief appeal of Altman’s essays so far has been their relatability. If you’re a millennial woman in a modern Western society, you’re likely to find elements of your own experience in all three of the above pieces. Not so much here: few of us will have attempted to become a stand-up comedian in New York. Nor does this flow quite as easily as Altman’s earlier works, perhaps because we find her in a moment of extreme stress. Her first book has done well, but not quite well enough; her new ‘Great American Novel’ has just been harshly rejected by her editor; and she spirals into a panic at the thought of what to do next. With logic that perhaps only makes sense in New York, she decides that the solution to her cash-strapped situation is to do stand-up. (Her husband Dave doesn’t agree, but if you’ve read the other Kindle Singles listed here, you’ll have formed an impression of Dave as a cuddly culinary obsessive whose placid nature is dwarfed by Altman’s dynamic neuroses, and you won’t be surprised when she doesn’t listen to him.) Altman goes on a quest for jokes and one-liners, and signs up to a comedy course, but it’s hard to shake off the feeling, as a reader, that the material is rather thin.

That’s because I don’t think Altman really has any intention of becoming a comedian, despite the jokes scattered throughout in italicised text. This essay doesn’t seem to recount a genuine desire, a deep and burning ambition. Instead she seems to have lighted on this topic because it’d be good ‘content’, a feeling underlined by the fact that, as soon as she gets her inspiration back (presumably sitting down to write this very Kindle Single at the end), the comedy idea is off the table. As such, it feels a bit of something and nothing: hardly the ‘comic and cosmic’ text promised by the over-excited blurb on its Amazon page. It would have been far more interesting if she’d chosen to focus on a different aspect of her life – such as her training as a death doula, which sounds far more unusual and engaging than a tale of a stand-up comedy career that never got off the ground. A rare misstep, I felt; and it’s telling that Altman has since returned to what she does best – burrowing into the deep-seated insecurities of the millennial woman – in her new book Gross Anatomy.