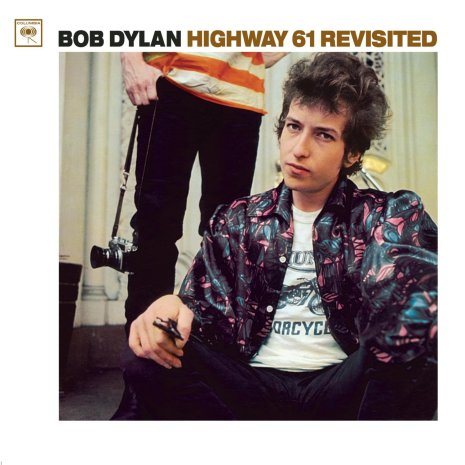 This is a 1965 LP from Bob Dylan. I have to say that there is little in his back catalogue that should be considered poor and there is much to be considered classic. He was of course the blue-eyed boy of the traditional folk scene and, long before he picked up an electric guitar in 1964 and changed folk music forever, he was an international star.

I will be offering you several of his best records over time but, for now, I’ve included Highway 61 Revisited, mainly because it was his first LP full of electric songs and it is never less than astonishing for its time. Best listened to, I would suggest, in a comfy chair with your feet up (after one of those long arduous days) with a deep glass of fine red wine close by.