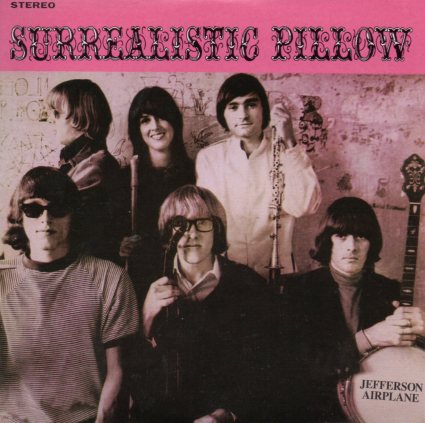 This is an album by arguably the second most important group of the San Francisco Haight-Ashbury era – namely the Jefferson Airplane. They were more variable in terms of quality down the years (the usual ‘musical differences’ / personnel changes being responsible, I think) and this may be their only true classic.

You have Surrealistic Pillow in both its US and UK versions (several tracks different, as was the practice in those days) simply because I burned the wrong one first! The UK version was the one I grew up with, and I probably bored your mum and her school friends to death with it, but if I’m honest I’d say listen to the classic US one for preference.