I read Elizabeth Fremantle’s Girl in the Glass Tower two years ago and, ever since, I’ve meant to get round to her other Tudor novels. While Glass Tower focused on Arbella Stuart and Aemilia Lanyer, Queen’s Gambit is set considerably earlier, at the very end of Henry VIII’s reign. Obese, unpredictable and narcissistic, the king rules over a nervous court employed in the unpredictable task of catering to his favour. He has just executed his fifth wife, the giddy and silly Catherine Howard, and the great families of the realm are hopefully pressing their nubile daughters under his nose. But Henry has had enough of young women. His eyes have turned to maturity and good sense: the twice-widowed Katherine Lanyer, born Katherine Parr. Katherine is bright, gentle and wise: wise enough to want nothing less than to become queen. But, when the King calls, he must be answered; and soon Katherine finds herself at the heart of the Tudor web, ministering to a man whose precarious favour can disappear in a flash. Thoughtful and well-crafted, this novel brings the claustrophobia of the late Henrician court to life.

END_OF_DOCUMENT_TOKEN_TO_BE_REPLACED 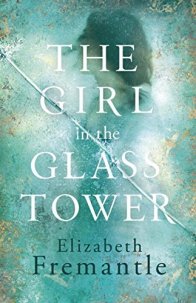 It is 1615 and the years have not been kind to Aemilia Lanyer. Once, she and her poetry were celebrated at Court but, since the accession of James I, with his dislike of educated women, Aemilia has been forced to live a meaner existence. Now, weighed down with the debts of her dead husband, she ekes out her days in Clerkenwell with her teenage son Hal. It is Hal who offers Aemilia some unexpected distraction from her financial woes. As a young musician at Court, he happens to see the rooms of the late Arbella Stuart being cleared. Remembering that his mother once knew this unfortunate princess, he brings home a bundle of old papers destined for the fire, little realising what a treasure he has found. For this is Arbella’s account of her own life: the tale of a woman who dared to dream beyond the confines in which circumstances kept her. Faced with the words of this almost-friend, a woman she never truly understood, and one whom she inadvertently betrayed, Aemilia longs to finally learn the truth about Arbella Stuart.