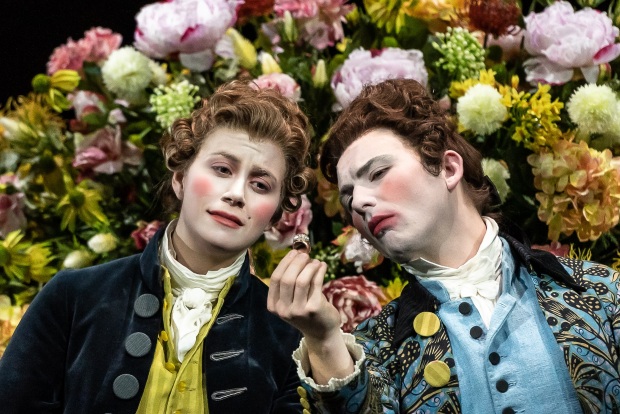 The newly-restored Linbury Theatre at the Royal Opera House is currently playing host to a very special production. It isn’t often that you get to see Baroque operas performed on the same site where they were premiered, but that’s the case here with Handel’s 1737 opera Berenice, a feast of love, jealousy and political ambition set in Roman-era Egypt. Sumptuously costumed in 18th-century gowns, wigs and frock coats, an excellent cast plunges into this tale with enormous gusto, under the expert baton of Laurence Cummings, directing the London Handel Orchestra. Vivid, exuberant and presented in a perfectly-pitched English translation, this is easily the most fun I’ve had in a theatre since last year’s Giulio Cesare at Glyndebourne. Baroque heaven.

END_OF_DOCUMENT_TOKEN_TO_BE_REPLACED It’s two and a half years since Franco Fagioli last sang in London, and a year and a half  since I saw him as the eponymous Eliogabalo at the Opéra de Paris. Would time have wrought any changes on that distinctive voice? I came to his latest concert full of curiosity. This time his programme was devoted to music by Vivaldi and Handel, with the accompaniment of the Venice Baroque Orchestra, led by Gianpiero Zanocco. Part of the evening’s success must be attributed to their deft and zestful performance of the music, but – as I said to Dehggial – they are the Venice Baroque Orchestra after all and, if they hadn’t been able to play Vivaldi properly, it would have been a sorry state of affairs. And Fagioli himself? A very pleasant surprise. He’s stripped away some of the affectations that have irritated me before; his voice seems stronger than ever; and he turned in a performance that left the Barbican’s rafters shaking with applause.

END_OF_DOCUMENT_TOKEN_TO_BE_REPLACED 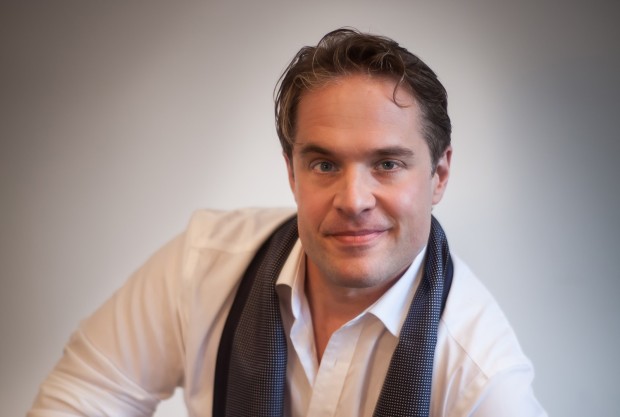 I’ve been waiting for two-and-a-half years to see Lawrence Zazzo in the flesh. In the first flush of my Baroque obsession, back in October 2014, I bought his album A Royal Trio and fell in love with his rendition of Handel’s Va tacito e nascosto. Ever since, I’ve longed to see him live and finally got my wish in this BBC Radio 3 Lunchtime Concert at the Wigmore Hall. Languishing in the realms of the early Baroque, this recital presented a cornucopia of lute-songs and cantatas by Caccini, Frescobaldi, Strozzi and Durante. Zazzo was accompanied by three gifted musicians: Silas Wollston on organ and harpsichord; Daniele Caminiti on archlute and baroque guitar; and Jonathan Rees on bass viol and viola da gamba. By heaven, it was worth the wait.

END_OF_DOCUMENT_TOKEN_TO_BE_REPLACED 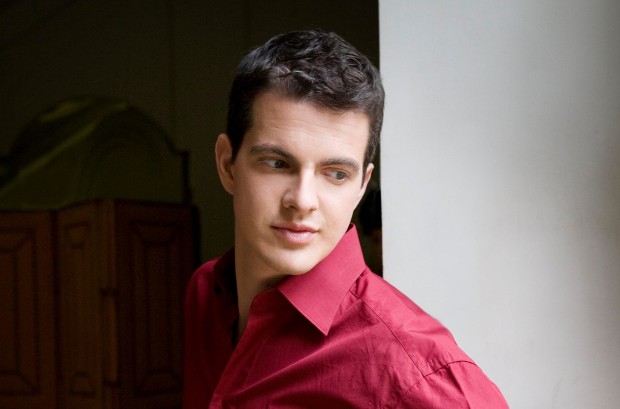 In June 2015, when we met Philippe Jaroussky after his Festival Concert in Halle, we asked when he’d next be coming to London. His answer was non-committal and typically modest: he wasn’t sure; he didn’t know if the English were all that fond of what he did. But I hope Thursday’s concert at the Wigmore Hall showed that there’s hope for us yet. The recital had sold out months ago and my brilliant friend only managed to secure tickets by incessantly badgering the box office for returns. The hall was stuffed to the gunwales; the atmosphere was palpable; and yet there were times you could have heard the smallest of pins drop. Refined, elegiac and utterly professional, Jaroussky showed us all once again why he remains the hottest countertenor ticket of all.

END_OF_DOCUMENT_TOKEN_TO_BE_REPLACED 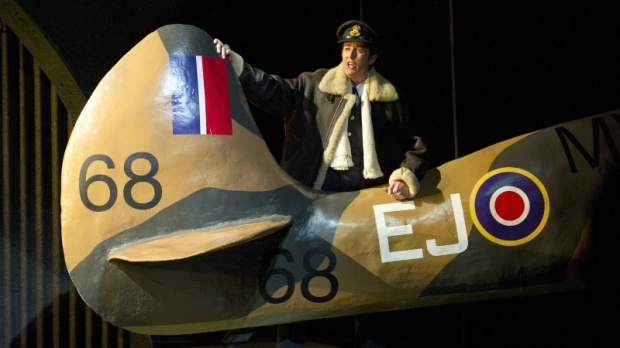 Xerxes and Spitfires both rank pretty highly on the list of things I get excited about, but I never imagined I’d have cause to refer to them both in the same sentence. Now that has all changed, thanks to English Touring Opera’s revival production, which transplants our favourite brat-prince to the airfields of the Battle of Britain. It opens with the glorious sight of our misguided king serenading a Spitfire (plane tree – plane – Spitfire – brilliant), as he contemplates his new campaign to rule the skies of Europe, and it’s sheer fun from there on in.

END_OF_DOCUMENT_TOKEN_TO_BE_REPLACED 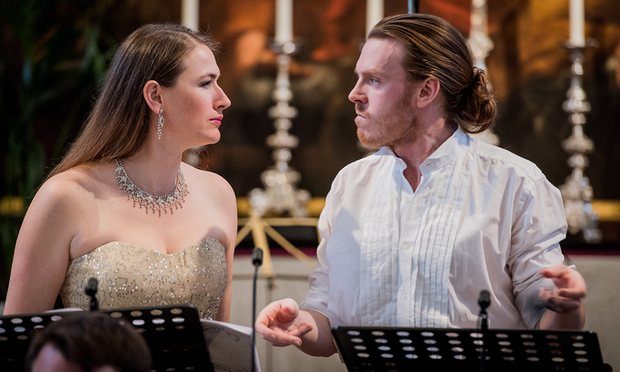 Herewith another post from the depths of the drafts folder, which I hope still may be of some interest. I’m keen to post it because I’m a great fan of Opera Settecento’s habit of unearthing rare and unusual operas and this performance featured some of my favourite young singers. Many apologies for its lateness, but it all happened around the time of my uncle’s death and I wasn’t really up to blogging at the time. But I had a few scribbled thoughts and wanted to jostle them into some sense of order, so that I can have a record of this enjoyable and particularly complex pasticcio.

END_OF_DOCUMENT_TOKEN_TO_BE_REPLACED 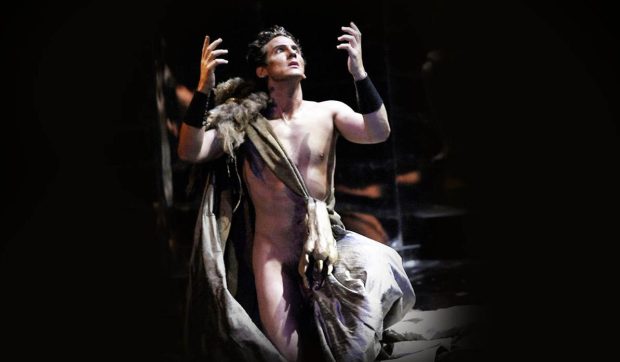 We’ve discussed, on a previous occasion, the indignities inflicted on opera singers, but the sadomasochism of Alcina has just been comprehensively trumped. I’d like to say that one remembers this production of Ercole sul Termodonte for its wonderful music, or for the simple and effective set designs, or for the generally admirable cast. But this would be disingenuous. Cast, crew and orchestra must have known, from the moment they began rehearsals, that this opera would be remembered forever for Zachary Stains performing the title role of Ercole stark naked, with nothing to preserve his modesty except the occasional fortuitous shadow cast by the paws of his lion-skin cloak.

END_OF_DOCUMENT_TOKEN_TO_BE_REPLACED 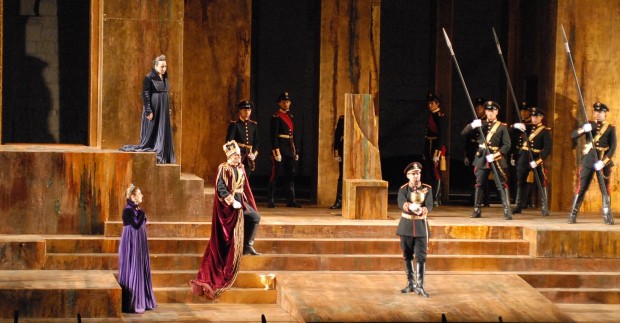 In late February 1730, Hasse’s Artaserse opened at the Teatro S. Giovanni Grisostomo in Venice, mere weeks after Leonardo Vinci’s version premiered in Rome. (I think you all know the story of this opera by now. However, if you’d like to refresh your memory, check here and possibly also take a look here.) Musically there’s quite a contrast between the two versions. Vinci’s simple lyricism gives way to Hasse’s ornamentation, bells and whistles. And it’s not just the music that’s different.

END_OF_DOCUMENT_TOKEN_TO_BE_REPLACED 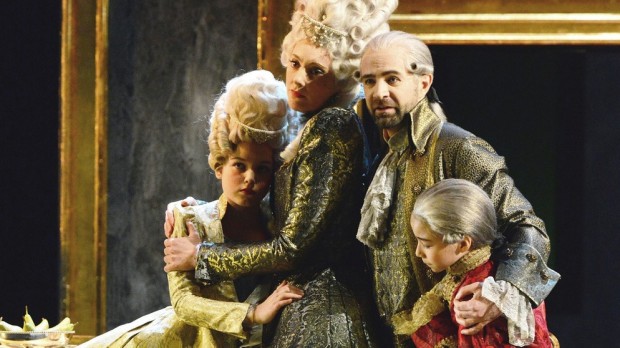 So, by a remarkable stroke of luck, my business trip coincided with the Karlsruhe Handel Festival. By even more remarkable good fortune, Parnassus were staging their new production of Handel’s Arminio on the night I arrived and there was an excellent seat still free right in the centre of the eighth row of the stalls. As they say, it would’ve been rude not to.

END_OF_DOCUMENT_TOKEN_TO_BE_REPLACED

It’s just over a year since Franco Fagioli made his solo London debut at the Wigmore, a night which was memorable for several reasons. It was my first Baroque concert, and it also introduced me to a wonderful circle of friends with whom I’ve since travelled to operas and concerts across Europe. When we were in Halle in June we heard a very similar programme to that offered in Fagioli’s second London recital at the Wigmore last Friday, but his great strength as an artist is that he never sings an aria the same way twice. For me, the London concert was more adventurous and more emotionally engaged than the recital in Halle; and, in any case, there were two mouthwatering new additions to the programme: Se bramate d’amar and Crude furie. Franco Fagioli doing Serse? Now this promised to be seriously good fun.