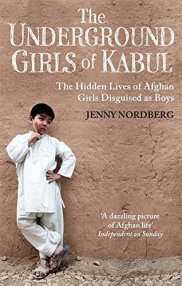 The Hidden Lives of Afghan Girls Disguised as Boys

Necessity is the mother of invention. That’s the message of this astonishing work by the Swedish journalist Jenny Nordberg, who worked with women in and around Kabul in Afghanistan between 2009 and 2011. When she was told, discreetly, that a contact’s six-year-old son was actually a cross-dressed girl, Nordberg discovered that this was merely the tip of an iceberg. Her enquiries led her to unearth an open secret in Afghan society: an entire social practice, hitherto  unreported in the wider world, of bacha posh, literally meaning ‘dressed as a boy’. Mixing biography, psychology and anthropology, this is a deeply illuminating journey into the social constructs of an unfamiliar world.