My New Year’s Day treat was this opera, staged at the Teatro Regio in Turin earlier this year and now released on DVD. I already knew the CD recording, conducted by Dantone with a slightly different cast, but I always find it difficult to truly appreciate an opera until I’ve seen it staged. The adventurous Dehggial and Thả Diều actually went to Turin to see it in the flesh, and their posts whetted my appetite; not that it needed much whetting. How could I resist an opera about Darius I, which neatly forms the third instalment of a Baroque Persian trilogy, alongside Xerxes and Artaserse? Served up with intrigue, romance and a very, very silly princess, this proved to be a deft comedy, well worth the wait.

END_OF_DOCUMENT_TOKEN_TO_BE_REPLACED 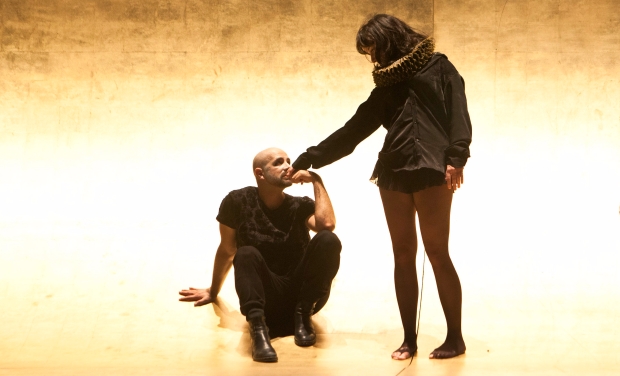 Berlin’s Staatsoper has just reopened after a seven-year refurbishment. On Wednesday, the house was sold out as people gathered to celebrate its freshly gilded finery. And what was on the menu for the grand reopening? Not a safe and predictable opera – a Tosca or a Bohème – but a dose of Roman passion and psychosis from the 17th century. With only three performances (this was the last, until its projected revival next summer), this Poppea felt intense, fresh and daring. It wasn’t without its wobbles, but it featured some very strong casting and offered a compelling picture of a court in thrall to an egotistical, unpredictable sun king. Unsurprisingly, I’ve got slightly carried away with the length of this post, so you may wish to furnish yourself with a cup of tea before starting. There are, however, some very pretty pictures.