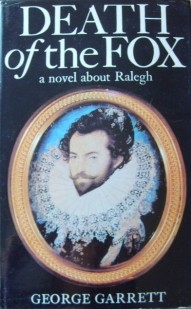 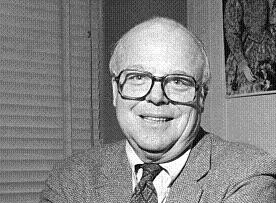 Early one morning in October 1618, three men are unable to sleep. It is the day that Sir Walter Raleigh (or Ralegh) is due to come before the King’s Bench on a charge of high treason. Sir Henry Yelverton worries about serving as the King’s Attorney General, to condemn a man he can’t help but respect. James I lies tormented by paranoia and doubt, clinging to the superficial friendship of his favourites and eager to be rid of Raleigh, who reminds him of the gulf between Elizabeth’s sovereignty and his own. Raleigh himself, imprisoned in the Tower, finds himself remembering the steps which brought him there, and the lost, golden world of Elizabethan England which made his fortune and then brought it down crumbling in its wake.

Starting from this point – three men, in the dark, remembering – Garrett weaves a sprawling, dense, tangled thicket of a book, which frustrates and rewards in equal measure, and which creates a rich panorama of early Stuart England. The book was recommended to me by another Dunnett aficionado, and I can honestly say that I haven’t read anything else like it. It covers two days – and yet it takes 739 pages to do so. These two days form a framework for a dizzying series of dreams, memories and visions.

Garrett surrounds the single thread of Raleigh’s life with the warp and weft of other lives and vignettes, knitting them into an evocative picture of a vanished age. Here is Francis Bacon (who receives short shrift), revelling in his brief season of favour, and spending to match. Here too the Earl of Arundel, one of the greatest art collectors in history; and the lingering shadow of the faithless, foolish Earl of Essex. Garrett conjures up Raleigh’s elder son, Wat, a swaggering lout of a boy who follows his father out to the New World, with tragic consequences. And there is a teasing cameo appearance by a young boy called Richard Brandon, who Garrett tells us will go on to wield the sword that beheads Charles I. But there are also visions of nameless men, who appear, like emblematic figures in a ceremonial entry, to give an insight into Raleigh’s various aspects: the soldier; the courtier; the seafarer. There is so much knowledge here, so many facets, that it’s hard to digest it all in one reading. It’s like sitting down to a huge feast with all the courses served at once. This extravagance is both part of the book’s appeal and its greatest weakness. In parts it begins to feel self-indulgent.

Having said that, Garrett’s poetical tendencies mean that there are many beautiful passages. I tend to put markers in my books when I find sections that I particularly like, and this was bristling with them by the end. Let me give you an example of his abundant writing. He can even turn a meditation on Devon cider into something stylish:

Fume and essence of apple.  Nay, more essence of earth distilled from the roots of the gnarled candelabra of the apple tree.  Earth and the sweet clean rain.  Branches, twisted, dark as thorns of a rose. Trunk and branches year after year fruitful.  And at the last to make a delicate aroma when laid upon a fire.  As if the element of fire could drink up the history of an apple tree and then dance, drunk and abandoned, in fiery costume, flames of orange edged and centred with blue.

It will come as no surprise that the plot flows at the magisterial pace of the Thames, which features so strongly in the book that it’s virtually a character in its own right. In fact, one of the sections I most enjoyed described the passage of the Thames from its source, through towns and cities, past royal palaces and through London (each place and landmark lovingly noted), until it picks up the galleons and trade-ships at the docks and flows out into the Channel, to new worlds and freedom.  As Raleigh is taken upriver, from the Tower to Whitehall, it is a beautiful contrast between man’s imprisonment and water’s liberty. Garrett is no less sensitive at describing the feel of Elizabethan and Stuart London: at conjuring up grand houses and palaces all long-destroyed. His description of the house Theobalds, at the beginning of the book, was so charged with conviction that I immediately decided I must visit it – only to discover afterwards that it was completely rebuilt in the Georgian period.

The skill of Garrett’s writing is that you can’t tell when he’s describing something imagined and when it’s something real. Towards the end of the book, for example, Raleigh describes to his young son a painting, which shows a man surrounded by vignettes of his life. Initially I assumed that Garrett had simply invented this as a dramatic device. But then, reading on, I suddenly realised that I knew this picture – a portrait of Sir Henry Unton, which I’d seen not three weeks ago, in the Shakespeare exhibition at the British Museum. I’d found it fascinating then, and it was extraordinary to stumble over it in written form so soon afterwards. (You can see an image of the painting below.) It made me wonder how many other links and allusions I had missed.

Much of the book has the feel of a masque, probably due to its elegantly archaic language, and it can be a tough read in parts. But it can also be lively and light-hearted. Garrett conjures up a vision of what the Elizabethan Thames might have been like on Judgement Day: the theatre-mad Londoners crammed into their boats to get a good view, ready to be unimpressed by God’s special effects. This is a world where everything is done for show – where extravagance may hide crippling debts, and where loyalty lasts only as long as good fortune. Raleigh’s luck may seem to have run out and yet he continues to challenge and undermine those who seek to blacken his name, because the performance is ultimately what matters. It is a many-layered and very engaging representation of a difficult man to pin down. But that really goes for the book and the Elizabethan age as a whole. It’s not perfect, but everything is crafted with loving care, and it is one of the very few historical novels out there which genuinely reproduces the voice of the age it portrays. I will need to reread it to do it justice, perhaps at a time when I’m better able to savour its languid flow.

I’m rather amused to see that Garrett has also written Entered From The Sun: The Murder of Marlowe. Perhaps one day I shall give that a go, if only to see how it compares to the next book on my reading list: A Dead Man in Deptford…