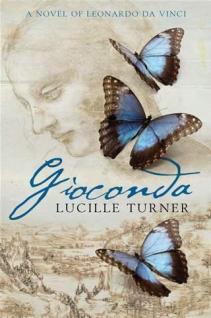 This was another purchase from Amazon’s Kindle sale. Initially I hesitated over buying it because Leonardo da Vinci is a subject particularly close to my heart. As a teenager, I read a lot about him (I still have at least sixteen books on my shelves) and I have yet to find any novel which gets him entirely right. Yet I keep looking, in the hope that one day I’ll stumble upon a book which does for him what The Agony and the Ecstasy did for Michelangelo. Sadly, this is not that book; although it certainly has its strengths.

In the following paragraphs there will be spoilers, as I wanted to comment on a few specific things. More than ever, I find it necessary to emphasise that this is only my opinion. If you go to Amazon, you will see that (at the moment), the book has a sweep of seven five-star reviews. And so the following thoughts are clearly more subjective than most of my posts. Leonardo, like Shakespeare, brings out my worst pedantry.

Beginning with Leonardo’s childhood in Anchiano, Turner follows him through his apprenticeship in Florence and his time at Ludovico Sforza’s court in Milan, before bringing him back to Florence at the time of Savonarola’s Bonfire of the Vanities. I’m delighted to give praise where it’s due: her descriptive writing is beautiful. She is very good at suggesting the melee of ideas jostling within Leonardo’s mind; the sheer breadth of his interests; his relentless curiosity; and his empirical investigation of the world. Even as a child he is driven to ask awkward questions, born from a logical observation of nature, and even as a child he finds little sympathy in a world governed by faith and  blind acceptance. The isolation of the child becomes the loneliness of the man. It was well-written and yet, somehow, I found it difficult to engage emotionally with this version of Leonardo. Perhaps that’s just because I already have such a strong personal vision of what he was like. And yet… and yet… It just felt as if, while the building-blocks of brilliant writing were here, they lacked the Promethean spark that would bring them to life.

Two questions form the spur behind Turner’s narrative: first, why did Leonardo paint a portrait of Lisa Gherardini (known to you and me as the Mona Lisa); and, secondly, why did he then keep the portrait with him rather than giving it to Francesco del Giocondo, her husband and his patron? She creates an engaging but flawed backstory for the picture, in which Lisa Gherardini becomes a childhood companion of Leonardo’s, sneaking away from her father’s villa to climb mountains and explore rivers with him. It’s a charming notion, although I found it implausible that a young girl of good birth would be allowed to roam free and unaccompanied in the countryside. But it does provide a fictional explanation, as good as any within the context of a novel; and at least Turner doesn’t feel the need to introduce a sexual relationship between artist and sitter – which at least two novels do, with scant regard for historical fact. On that note, I was impressed that Turner managed to cover most of Leonardo’s life with only one, very peripheral, reference to sodomy. It showed either a laudable purity of purpose, or a degree of deliberate naivety.

Throughout, the writing style remains elegant and very admirable, but unfortunately my confidence in the book was undermined by a number of things. For example, the young Leonardo enters Verrocchio’s workshop and is asked, apparently almost immediately, to contribute an angel to The Baptism of Christ. I think I’m right in saying that Leonardo painted this figure when he was already an established member of the workshop: Verrocchio would never have permitted a raw recruit to touch colours so soon, no matter how talented he was.  That was the way of the Renaissance workshop: Leonardo himself didn’t allow his assistants to paint until their apprenticeships were virtually over. Similarly, Leonardo is shown as being the protégé of Lorenzo de’ Medici when, in fact, there is very little evidence that Lorenzo took much notice of him (preferring Botticelli).

And, when Leonardo went to Milan, his path was nowhere near as smooth as this book would suggest.  Instead the poor man had to spend months trying to wrangle his way into Ludovico Sforza’s favour, rather than being fast-tracked onto the Regent’s payroll. Leonardo was admired by his contemporaries for his paintings and his ingegno, but he wasn’t considered a genius in the way that we think of him today: far from being Ludovico Sforza’s favoured courtier, I read once that he was paid less than Ludovico’s dwarf.  When he was paid. And, just to confirm my reputation as a complete pedant, Leonardo’s Milanese quarters were at the Corte Vecchia (not Vecchio, a minor difference, but significant as Italian grammar goes; perhaps it’s just a Kindle typo?).

Unfortunately, one aspect of the plot is simply, objectively wrong.  Shortly after Leonardo arrives in Milan, Francesco Melzi (here called ‘da Melzo’) arrives on his doorstep asking to be taken on as an assistant.  Now, Francesco Melzi was Leonardo’s assistant and it’s largely thanks to him that so many of Leonardo’s drawings and notebooks survive.  But there’s absolutely no way he could have come to Leonardo in Milan at this point, which I imagine must be around 1481.  Francesco Melzi was only born in 1491. Furthermore, he was the son of a very wealthy Milanese family and wouldn’t have been begging for work on doorsteps.  This annoyed me because Turner evidently knows her stuff and yet this makes her look careless.  She didn’t even have to give this role to Francesco Melzi: why didn’t she choose Marco d’Oggiono or Giovanni Antonio Boltraffio, both of whom are documented as Leonardo’s assistants at this time?  Neither of them makes an appearance in this book, although Turner did gain Brownie points by including Giacomo Caprotti (Salaì).  Fortunately he hovered more or less on the outskirts – I say ‘fortunately’, because as historical characters go I’m even more protective of Salaì than I am of Leonardo.

I probably shouldn’t have read this book, because I could have predicted that I would find fault with it.  And yet it’s so beautifully written that I’m glad I gave it a go.   It certainly is one of the better novels about Leonardo, in terms of evoking his character, and it’s a shame that it’s let down by historical inaccuracies. Admittedly the vast majority of readers, who won’t have read about him as obsessively as I once did, will simply enjoy Turner’s enviable way with words. And it’s a relief, after all, to read a book about Leonardo that isn’t tainted by any crackpot, post-Dan-Brown theories. But, if you have done some reading on this period, be warned…

It is true that my issues with the book derive from my very particular idea of what historical fiction should be like.  Personally, I believe that if you write a novel about a real person, you should research your subject until you know their life thoroughly, accepting that your story will be limited by what actually happened to that person – unless you are expressly writing a counter-factual or speculative history. Of course I’m aware that this is an especially stern view and that others may well take a softer line on such things. I’d be interested to know other people’s opinions on this.