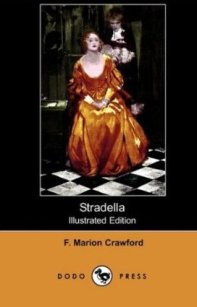 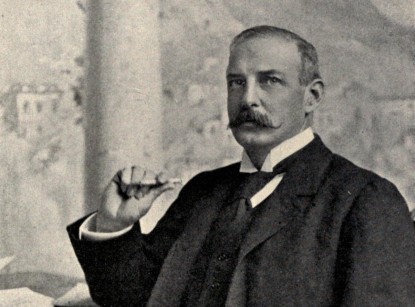 There are many good reasons to choose a book, but doing so because the author shares his name with one of my favourite fictional characters is probably not one of them. Nevertheless, in this case it had a happy outcome. I stumbled across Stradella (1909) about a week ago, while looking for historical novels set in Venice to complement my visit to the Carnevale. I knew nothing about Francis Marion Crawford (although he was evidently very distinguished in his day) and so wasn’t expecting much. What I discovered was a charming historical romance which proved to be perfect material for holiday reading: undemanding, easy to dip into, and full of Baroque swashbuckling, love and intrigue.

The old Venetian senator Pignaver has decided to take a second wife, and his eye falls on his beautiful niece and ward, Ortensia Grimani. The vast difference in their ages doesn’t trouble him: as Crawford wryly notes, ‘he deemed it only just that after enduring the thorn so long, he should enjoy the rose for the rest of his life.’ Seeking to improve Ortensia’s accomplishments, he hires the famous singer and composer Alessandro Stradella to give her lessons. Naturally the girl and her music teacher fall helplessly in love as they exchange glances across the neck of a lute. The lovers and their respective servants – Stradella’s hunchback serving-man Cucurullo and Ortensia’s nurse Pina – elope to Ferrara, leaving the impotent Pignaver raging at his humiliation.

In an effort to salvage the situation, he employs two bravi – the mercurial Trombin and the melancholy Gambardella – to ride after his niece and bring her back safely, while disposing of Stradella. The bravi agree with alacrity, although they have already accepted a contract from one of Stradella’s spurned lady friends, who has commissioned them to bring Stradella back to her safely while disposing of Ortensia. The question of exactly how they will resolve the matter to everyone’s satisfaction is one that they propose to consider in due course – once they have taken money from all sides.

And so Gambardella and Trombin ride forth, only to find unexpected circumstances in Ferrara, which require them (in the guise of well-meaning gentlemen) to become friends and protectors to the very young people whom they plan to end up murdering. Keeping all their options open, the bravi accompany the lovers to Rome, where Stradella hopes that his powerful friends and patrons will provide him and his young bride with a safe haven. They are duly given rooms at the Palazzo Altieri, but this is due less to Stradella’s musical genius than to Ortensia’s beauty. She has captured the eye of Don Alberto Altieri, the nephew of the Pope and a practised philanderer, who is used to getting what he wants… by fair means or foul.

There is a fair bit of overly flowery Victorian prose, and Ortensia and Stradella are both too good to be true, ravished in the sheer joy of each other’s presence. Although Stradella’s earlier love affairs are alluded to several times, it is made quite clear that his sincere devotion to his young wife is quite different from any of the playful liaisons he’s had before; and Ortensia herself is as pure and faithful as she is beautiful: the archetypal Victorian heroine. Where Crawford caught my attention was in his more nuanced depiction of the secondary characters, such as Ortensia’s nurse Pina, whose cynical worldview hides a tragic past.

My favourite characters in the whole book were Gambardella and Trombin, who made a wonderful double act; I could happily read another novel just about their adventures. Each of them has a rich backstory, but Crawford only gives us frustratingly brief glimpses of the paths that have brought them together. They are completely open about the nature of their gifts – ‘It is our mission to benefit mankind both here and hereafter, by despatching useless persons to Paradise and thus cheering the lives of the friends they leave on earth‘ – and yet they are far more than just murderers: they are impoverished noblemen, epicures, connoisseurs and excellent fencers. And they have some of the best lines in the book. Unfortunately I doubt that they appear anywhere else in Crawford’s works, as he obviously created them for Stradella which turned out to be one of his last novels. In his conclusion, he writes rather engagingly about the process of creating Gambardella and Trombin:

As for the names and faces and figures I have given to the Bravi, I found them beyond the borders of truth in the delicious Gardens of Irresponsibility, where many strange people dwell together, who might be real, and may be alive some day, but who have not yet made up their minds to exchange the flowery paths of fiction for the stony roads and dusty lanes of this working-day world.

Little did I know, while reading the book, that Alessandro Stradella (1639 or 1644-1682) was a real composer who enjoyed a dazzling career in the late 17th century (the musical cognoscenti among you must be shaking your heads at my ignorance). Thanks to Wikipedia, the fount of all immediate knowledge, I discovered that the real Stradella was Tuscan, not Sicilian as Crawford suggests, but that he did indeed have a habit of getting into trouble with women. Crawford’s book apparently owes less to fact than it does to the 1844 opera Alessandro Stradella by Friedrich von Flotow, with a libretto by Friedrich Wilhelm Riese, with features the same motifs of the young lovers, the two pursuing bravi and a flight to Rome.

Both these fictions have some foundation in truth, in that while Stradella was in Venice in 1677 he was hired as music master to Agnese Van Uffele, the mistress (not the niece!) of the Venetian nobleman Alvise Contarini. At this point, however, Stradella was about forty, far from being the fresh-faced young lover of Crawford’s novel; and, although he and Agnese ran away together to Turin, where they eventually married, there was no papal benediciton awaiting them. Instead, their marriage fizzled out when two would-be assassins hired by Contarini attacked Stradella in Turin, after which he fled alone to Genoa. Crawford’s romantic notion of a triumphant return to Rome seems to be completely unfounded: Stradella had left the city under a cloud (presumably due to his appetite for other men’s wives) and he never went back. His past finally caught up with him in 1682 when he was murdered in Genoa, stabbed by an assassin whose employer was never identified.

I don’t know what happened to Agnese, who probably remained in the Torinese convent where she’d claimed sanctuary when she and Stradella had fled from Venice. The Encyclopedie Larousse mentions Ortensia Grimani as a singer who travelled with Stradella, but I can’t find out much more than that, so would be interested to hear if anyone knows any more of the story.

So, my first encounter with Francis Marion Crawford has left me pleasantly surprised. I have Marietta, another of his Venetian novels, lined up to read soon and I only hope that there are some characters there as quirky and fun as his two bravi. He can be a little overdone for modern taste, now and then, but in general this was an unexpectedly lively dose of turn-of-the-century fiction. I imagine it would appeal to those who like Scaramouche or perhaps even Georgette Heyer, although Crawford doesn’t quite have Heyer’s satirical undertones.

Some illustrations from an early edition of the novel 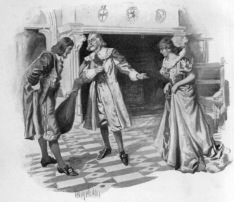 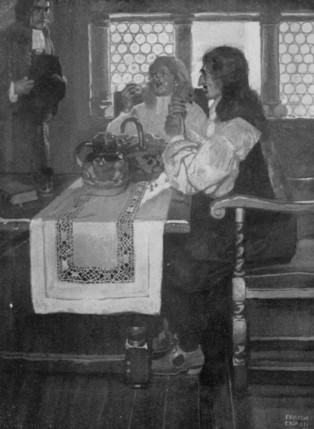 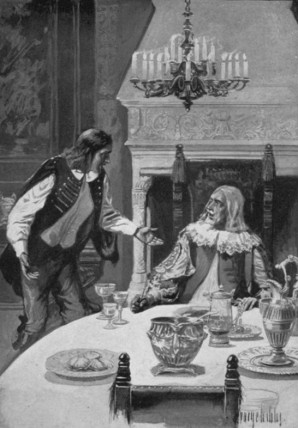 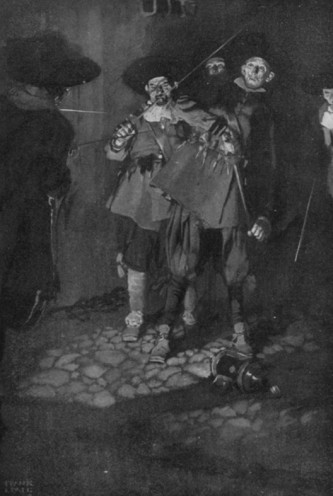 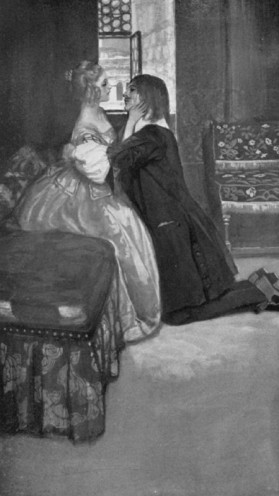