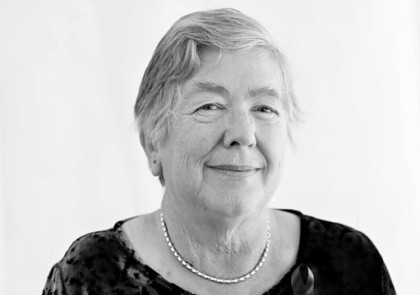 This year I’m trying to reread some of the books I already own, as well as discovering new ones. It was only a matter of time before I returned to this brilliant novel, which I’ve adored ever since I read it in the Lower Sixth. Of course, opinions on books are very subjective, because the way we respond is affected so deeply by our own beliefs, memories and interests. For me, very few books come close to perfection. This is one of them. Brace yourselves for superlatives.

It is a historical novel, because its setting is incontrovertibly in the past; but its precise location and date are left deliberately, tantalisingly vague: ‘It is set on an island somewhat like Mallorca, but not Mallorca, at a time somewhat like 1450, but not 1450‘. Paton Walsh is not interested in faithfully reproducing a particular historical moment in facsimile: on the contrary, her isolated little island of Grandinsula acts as a backdrop, against which a gorgeous tapestry of ideas can be unrolled. And this backdrop doesn’t lack description: without ever resorting to purple prose, she conjures up an idyllic Mediterranean world that feels vividly real, from the silvery-green olive groves and clustered pantile roofs, to the bubbling of cool streams and the heavy, languid air. This beautiful island retains its sleepy medieval rhythm of life, governed by the festivals of the Church and inhabited by simple people – shepherds, fishermen and nuns – ruled by Grandinsula’s cardinal-prince, the gentle Severo, who wields both secular and religious power.

The book opens with two almost simultaneous events, each of which will in its own way threaten to destroy the island’s quiet contentment. First, high up in the snow-bound mountains, a group of shepherds hunt down a vicious creature which has been mauling and stealing their lambs. They expect to find a giant wolf, or a fearsome monster. What they actually find is a feral child, raised from infancy by wolves, and as savage, uncontrollable and inhuman as a wild animal. At the same time, a pair of fishermen rescue a stranger from the sea: an exhausted man who has fallen overboard from his ship and has been desperately swimming in the hope of finding land. This stranger calls himself Palinor and claims to be the prince of a distant country named Aclar, which no one has ever heard of. More troubling for the Grandinsulans, who are so devoted to the Church, Palinor refuses to identify with any of the three accepted faith groups: Christian; Saracen; Jew. Instead, he firmly asserts that he is an atheist. Far off in the capital, Ciudad, Severo hears of both cases and orders that both wolf-child and atheist come to him for judgement.

Considering their cases separately, Severo is moved both by the heart-rending neglect and inhumanity of the child, and the self-assured, educated calm of the atheist. In both cases he finds himself faced with completely unfamiliar problems. How can he save this wretchedly half-human child? Does she, in fact, have a soul to save? And, if so, how can she be brought to human reason? And then there is the question of the atheist. If it can be proven that Palinor’s atheism is held in good faith – in short, if it is based upon insufficient understanding or teaching, and if he can be turned onto the Church’s path with the proper persuasion and teaching – then Severo can allow him to go free. But, if his atheism is a heresy, a perversion adopted in spite of his full understanding, then an example must be made of him to prevent others falling into the same error.

Severo conceives a daring experiment. He orders the wolf-girl to be cared for in the seclusion of a distant convent, where the nuns are forbidden to speak of God to her. If Severo can prove, using the girl’s  raw, unbiased testimony, that a knowledge of God is innate to the human soul, then he will feel certain, in his own heart, that Palinor really is a heretic. That isn’t to say that Severo wants to make an example of this courtly, sophisticated stranger. Quite the reverse. While the child is being tamed and reared  by the patient nuns, Severo sends Palinor to his country villa, in the company of the great scholar Beneditx. He orders Beneditx to try to break Palinor’s atheism through discussion and logical argument; and both Severo and Beneditx will soon discover that debate with their articulate prisoner is less of a duty than an absorbing philosophical adventure.

One of the reasons I love this book so much is because it conjures up such a beguiling picture of civilised life: clever people debating philosophy and theology in a beautiful villa, surrounded by lovely gardens and blessed with good food, good wine and charming music… Without knowing what was at stake, you could mistake Palinor and Beneditx for humanist scholars wandering in the gardens at Cafaggiolo. The crux of Severo’s problem is that the rules he lives by aren’t flexible enough to accommodate someone like Palinor: someone who chooses atheism not from ignorance or possession by the devil or sheer malice, but as the result of careful consideration. Someone who, moreover, is erudite, intellectual and governed by extremely strong moral principles. Palinor’s description of Aclar will sound familiar to us, of course: it is the kind of tolerant society which so many of us are fortunate enough to live in today, where men and women can follow the religion of their choice, and where ‘good’ and ‘evil’ are concepts defined by secular law rather than religious doctrine.

And then there’s the  fascinating psychological aspect of the story which focuses on the rehabilitation of Amara, the wolf-child. (Paton Walsh notes that this part of the story was inspired by the Maid of Châlons, who wasn’t actually raised by wolves but learned to survive alongside them for ten years in the 1720s.) Overriding everything, of course, is the question of what goodness is. For me, Palinor is objectively the most thoroughly ‘good’ person in the story, because unlike Severo or Beneditx he is not ‘good’ in the hope of receiving a reward for it. He lives a good life because to do otherwise would demean him – and his notion of goodness is not to live austerely or to deny himself things, but to savour the world around him and to appreciate beauty in all its forms: natural, intellectual, and physical. All three of the three main characters (Palinor, Severo and Amara) are powerful enough that they linger with you long after you finish the book.

This story is, at its heart, about the irresistible force of fervent faith meeting the immovable object of convinced atheism; but this civilised conflict spins off so many threads of ideas that it’s just a delight to wallow in, as well as raising questions that find an echo in our modern society. When she published the book in 1994, Paton Walsh can have little imagined how painfully relevant her meditation on religious intolerance (and her call for the importance of compassion) would come to feel twenty years later. Achingly beautiful, easy to read and short enough to devour on a weekend, this is one of those rare novels that seems to have been written under a lucky star: it all just works. I’ve tried other books by Paton Walsh, but there’s no question: this is her masterpiece.

Please do try it; and let me know what you think!