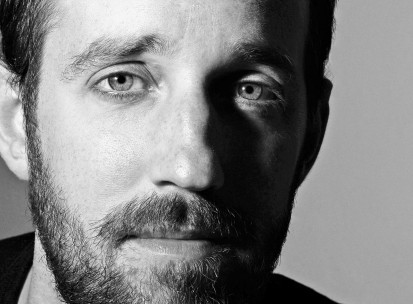 As you’ll have noticed, I don’t often read fiction set in the present day, but in the wake of my Robin Hobb reread I wanted to move on to something completely different. Charlie of The Worm Hole mentioned this recently in her ‘currently reading’ post, and the concept intrigued me enough that I sought it out. It turned out to be a thoroughly contemporary story about love, identity and the alluring smokescreen offered by the Internet. And it shares some of the qualities of Internet media in that it’s fresh, snappy, delivered in bite-size chunks, and very much of the moment.

A man named Jeff Brennan is the foremost political blogger in the UK, with a devoted following and the power to make real differences in Westminster. And a man named Jeff Brennan works as a bored IT consultant for a law firm in Milton Keynes. One day, in an incident involving a climate change protest and a broken wrist, the latter is mistaken for the former by Marie, an American who is one of the blogger’s greatest fans. Jeff from Milton Keynes can scarcely believe his luck. Used to drunken Saturday nights, spent Skyping and playing violent online games with his friend Jon, he suddenly has a beautiful, intelligent woman showing some genuine interest in him. Well, all right, not in him as a person. In who she thinks he is. But Jeff is willing to make a go of it. All he has to do is to adopt the identity of the other Jeff Brennan and try to ensure that Marie never finds out.

The premise is comic and it’s amusing to see how Jeff gets himself tied in ever more convoluted knots as he battles to keep up the charade. But the novel also makes some very pertinent points about the divisions between real and virtual life. It holds up a mirror to my generation and, to be honest, I don’t like the face that looks back at us.

Blackman uses multiple narrators to build up his story, each character weaving in and out of the tale, and he achieves the feat of giving them distinctive enough voices that you can usually tell who has taken up the thread even without being given their name. Jeff’s grandfather represents the older generation, for whom computers are foreign, unnecessary things. Having spent their lives doing, measuring their success by their financial security, and always keeping track of time, it is inconceivable to them that we, their grandchildren, can waste hours lost in a virtual world that has no existence beyond the boundaries of our screens. As Jeff’s grandfather cares for his disabled wife and savours the memories of their life together, it becomes starkly apparent that, for all his technological savvy, Jeff himself is at risk of having only virtual memories of virtual events when he looks back at his twenties.

This is emphasised by his friend Jon’s sections, in which the two young men share memories not of childhood escapades but of the computer games they worked their way through – remembering not themselves, but the identities they adopted in those games. And even for Jeff Brennan the blogger, there has been a necessary choice between the virtual world and the real world – one whose cost he is beginning to question. A virtual life can seem alluring at first: as Marie says of her own blog, ‘it was like I could start over and be someone else, someone more like who I really was‘.

But, as Blackman shows, the danger is that, in seeking after the selves we’d like to adopt, we neglect to take responsibility for our own lives. What kind of world have we chosen to live in, where having fun is less important than having the Facebook photos that prove we’re having fun? Jeff and Jon prove the point:

‘Haven’t posted any photos for ages. People’ll think I have no life’.
‘You don’t.’
‘Yeah, but they don’t know that, do they?’

Quite. Appearances become more important than reality. It is more impressive to show our political awareness and conscience by trying to gather flashmobs on Twitter, than by actually fighting for change in the real world. It’s become so easy to have multiple identities, all carefully edited to be witty, intelligent and funny, that we’re in danger of forgetting how to be ourselves. And, most of all,  the deciding factor in modern success has become celebrity rather than integrity. I’m sure there are other books, fiction and non-fiction, where similar concerns have been raised; but, because this was the first time I’d had it presented to me in this way, it had quite an impact.

There are some things that don’t quite flow. For example, if Jeff Brennan the blogger is such a success, I presume he has a link to his own Twitter feed listed on his blog, which would manifestly not be the same Twitter account as Jeff in Milton Keynes has? And surely Marie would be following Jeff-in-Milton-Keynes’s Twitter account, and would wonder at the cryptic tweets Marcus sends him? But the resolution is a neat one, and it’s very much a story for our generation and our age. I’d love to know whether anyone other than Charlie has read this, and what you think of it.

Earlier, I noted some similarities between this book and Internet media. I’d extend this to saying that, like Internet media, it’s been written for the moment: any novel based as heavily as this is in current technology will find that coding and software advances will outpace it pretty quickly, and so I expect this will sound rather dated within only a couple of years. It’s an engaging breath of fresh air, and an enjoyable distraction from my usual historical fare, but – like something gleaned from the Internet – it has been a sparkling but rather transient pleasure.

Let’s round off with some questions. What do you think about online identities? How many do you keep up, and how important is it to you that they coincide with the real-life you? Personally, I was astounded at how the characters managed their various accounts and personas: I only have one online identity (and even that is just the real-life me with a smokescreen pseudonym), and it already takes up all the hours I can spare from real life…