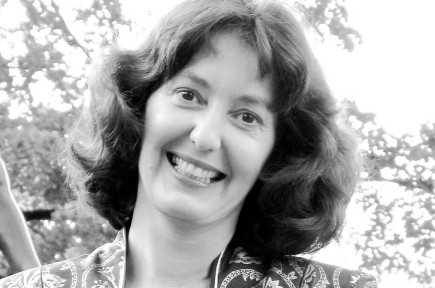 First things first: this is a children’s book, and I was never under any illusions about that. The cover caught my eye about four years ago, with its glorious sweep of peacocks’ feathers, and I’ve found myself coming back to admire the design ever since (it is much more beautiful than the covers of other editions I’ve seen on LibraryThing). In the end I bought it because, after all, it is a historical novel, set in the medieval period. I’m completely out of practice in judging the correct reading age for a children’s book, but I would hazard a guess that this would probably be best suited for nine to twelve-year-olds. From an adult perspective it’s charming but painted in rather broad strokes.

Eleven-year-old Gabriel is apprenticed to the Mason, a brutish, impatient man who has no time for teaching or nurturing the boys in his care. For his own part, the Mason can see nothing worthwhile in Gabriel and draws inordinate pleasure from making fun of him for his ineptitude, his looks and, most of all, his mass of curling golden hair. However, the very things which make Gabriel an object of mockery for his master prove to be his route out of his unhappy situation, because he is taken in by a troupe of travelling actors. They perform Mystery Plays and it becomes clear that Gabriel’s childish beauty makes him the perfect choice for his angelic namesake, who plays a central role in their repertoire.

Captivated by the magic of the stage, Gabriel sees the world through the prism of Biblical morality, especially in the way that he finds himself caught up in the subtle power dynamics of the troupe, between the jovial playmaster Garvey (who plays God on the stage) and his right-hand man, lithe and serpentine Lucie (who plays the Devil). But, as time goes on, Gabriel will learn that appearances can be deceiving and – scarcely realising it – he becomes caught up in a deception of his own. As miracles begin to spring up during the troupe’s Mystery Plays, their success seems to be assured, but these are hard times. The Church does not always welcome players. Town guildsmen, who often put on amateur Mystery Plays, resent competition. And, worst of all, many parts of the country are still ravaged by the plague.

As I’ve said, this is a children’s book and so it is not as deep or searching or dark as an adult telling of the same story would be. But it does have a couple of unnerving moments when there seems to be something almost nightmarish bubbling under the surface, not least in the scenes where the troupe come face to face with victims of the plague. Generally speaking, I think it’s considerably richer than many children’s books for the same age group, at least going by what I can remember reading when I was about nine. McCaughrean’s elegant prose and the story’s moral underpinning gives it the flavour of the very Mystery Plays it depicts. There is a very clear sense of the role that faith and superstition played in the medieval mind (although obviously depicted in a much simpler and saner way than in Hodd, which I imagine must take place in a similar period).

I would venture to say that, personally, I found the characterisation a bit flat. I enjoyed the way that the competitive dynamic was set up between Garvey and Lucie, but the Mason felt a bit caricatured and Gabriel himself seemed to be a lot younger than eleven in terms of the way he behaved. I would expect a literary eleven-year-old to be a bit more worldly-wise than Gabriel proves himself to be. Lyra Belacqua, for example, in His Dark Materials, is only a year older but considerably more savvy (though perhaps that is all tied in with the  the older audience intended for that book).

Nevertheless, I rather like the fact that McCaughrean manages to pack in medieval masonry, travelling players and a good bit of moral ambivalence. I didn’t read her books when I was a child, but she has an impressive track record: A Little Lower Than The Angels won the Whitbread Children’s Book Award in 1987 and she has several other awards under her belt. She knows her myths and history: her other books include retellings of The Arabian Nights, the story of El Cid, The Odyssey and The Canterbury Tales (yes, I too am itching to know how you make some of those stories fit for children’s consumption). To cap it all off, in my eyes, she’s also written a novel about Cyrano de Bergerac, based on Rostand’s play, and that’s something else that’s been sitting on my wishlist for some time. I suspect it might also be aimed at children, but even so I’d be keen to give it a go. Does anyone know if she’s written any books for adults?

2 thoughts on “A Little Lower Than The Angels (1987): Geraldine McCaughrean”