In 1490 the nineteen-year-old Albrecht Dürer left his native Nuremberg and set off on his Wanderjahre, effectively the equivalent of an extended gap year for a Renaissance German artist. He had completed his apprenticeship with the painter Michael Wolgemut but, before setting up as a master in his own right, he wanted to spend some time travelling in Germany and studying in artistic centres other than Nuremberg. His trip would turn into a four-year journey, during which he even made a pilgrimage to Colmar in the hope of learning at the feet of his hero Martin Schongauer; only to find that Schongauer had died the previous year.

During his travels, Dürer collected prints and drawings by the artists of the previous generation, which would come to form a valuable resource of patterns and inspiration. This exhibition uses these works by older artists as a context for the drawings Dürer executed in his Wanderjahre. The comparison only serves to reinforce how superb a draughtsman he was, even at this early age (though admittedly he was an old hand by this point: he’d drawn a wonderful self-portrait in the demanding technique of silverpoint at the age of only thirteen). The star of the show is one of the Gallery’s masterpiece drawings: the Wise Virgin of 1493. This double-sided sheet might well look familiar, because it made its last appearance very recently, in last year’s exhibition of Master Drawings from the Courtauld Gallery. One final thing to note is that this exhibition actually forms part of a wider European initiative to study Dürer’s formative years. Museums and universities have been collaborating since 2009 on this project, which had its first fruition last year in the monumental Early Dürer exhibition at Nuremberg (no, I didn’t get to see it either). The Courtauld show aims to offer a complementary, very focused exploration of the influences which transformed Dürer from the raw apprentice of 1490 into the sophisticated master artist of 1495. 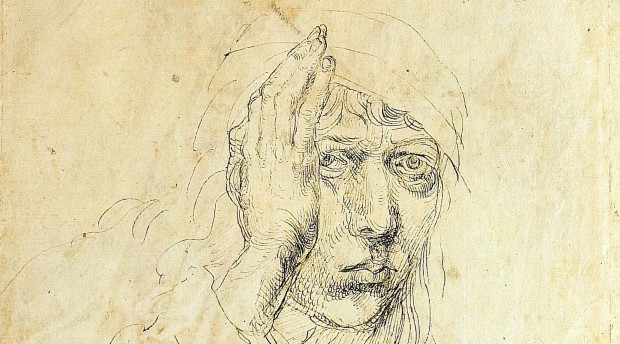 As usual with the Courtauld, the exhibition covers two rooms and in this case each of the two rooms can be split in two. The show begins with a more general section, with prints by Schongauer and drawings by less familiar artists like the Master of the Drapery Studies and Anton Peurer. These are shown alongside engravings and drawings by Dürer in which we see him absorbing and transcending the lessons of his predecessors. This is probably the right moment to say that you might be disappointed if you come expecting Dürer and nothing else: the whole point of this exhibition is to prove that Dürer didn’t exist in a vacuum or spring fully-formed from the medieval Gothic tradition. He drew on existing traditions, worked within them and blended them with the results of his own studies from nature. He wasn’t the first to do this, of course, but he was the first to make such an extensive study of his own body for artistic purposes; and where a hand or a foot or a face is sketched onto a study sheet, it’s very often Dürer’s own.

With this in mind, it’s important to understand what he was looking at, or thinking of, when he sat down to draw. And this can often explain things that don’t quite work: for example, where there’s an odd juxtaposition, in size or style, in Dürer’s early drawings, it’s often because part of the composition has been copied or adapted from an older artistic source, and part of it has been drawn from nature. Dürer’s two worlds are colliding and he hasn’t yet learned to make the relationship completely smooth. Take the Holy Family of 1491-1492 from Erlangen as an example. Here the Madonna and Child, who were drawn first, are developed from a tradition of similar motifs in prints and drawings by Schongauer. But the figure of St Joseph, added later, has a much more naturalistic feel to his features and seems to have been Dürer’s own contribution to the composition. Similarly, the disproportionately-sized figures in the Youth before a potentate from the Ashmolean (1493) seem to testify to the difficulty of reconciling two different approaches – the figure of the potentate himself is copied from an earlier German drawing, but the figure of the kneeling young man in the foreground has traditionally been seen as Dürer himself. It’s not necessarily a self-portrait as we would understand it, but just an example of the artist using himself as a model.

The rest of the exhibition focuses in on three themes suggested by some of the drawings on view. First there’s a section on the theme of the Wise and Foolish Virgins, looking at precedents for Dürer’s treatment of the subject in the Courtauld’s cherished drawing. The most wonderful things here were Schongauer’s delightful series of little engravings, each showing a young woman bearing her full or empty lamp. Next we look at the tradition of depicting pairs of lovers, which explores the conceptual background to Dürer’s lovely drawing from the Kunsthalle in Hamburg; and finally we turn to Dürer’s Italian influences, such as the Ferrarese Tarocchi prints. This final section extends the show’s remit very slightly beyond the Wanderjahre to take in his first visit to Italy in 1495, and it is true that the groups feel very much like disjointed sections rather than as logical continuations of a single narrative. I wondered too whether perhaps a different title might have been more appropriate: this show isn’t so much about the young Dürer drawing the figure as it is about his travels in Germany and Italy, and the intellectual traditions which he drew on for his own compositions. Perhaps a title along the lines of The Young Dürer and his Sources would have been more appropriate, but that does have a rather less appealing ring to it.

Let’s not cavil too much though, because we get to see some remarkable things along the way. For me Dürer is up there with Leonardo as one of the most creative, innovative and obsessive draughtsmen of the Renaissance. Some of his drawings are incredibly densely worked: whorls of wiry lines define curls of hair or the curves of fingers (the Wise Virgin is the best example of this). Lines are feverishly cross-hatched to conjure up the dark shadows of crisp, angular drapery (such as the robes in the Youth before a Potentate). Short strokes of the pen are used to suggest the play of musculature beneath skin, giving a convincing sense of texture, as in the Youth kneeling before an Executioner. 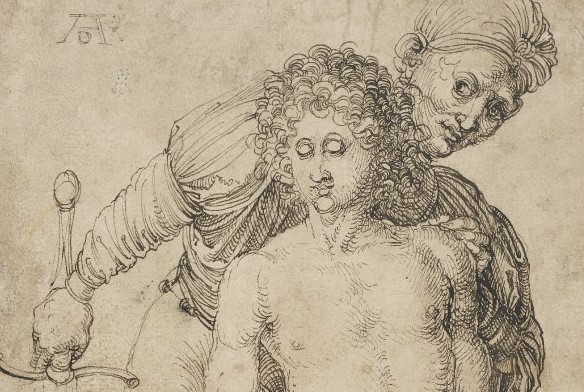 Dürer can be a remarkable chronicler of costume: look at the fashionable young man’s slashed and low-cut doublet in the Pair of Lovers or the two studies of St Catherine of Alexandria in an elaborate Venetian gown. But he can also be amazingly fluid and brief, as in the beautiful little sketch of his young wife, Mein Agnes, which shows her sitting lost in thought at around the time of their marriage. Few drawings from this period have such a feeling of speed and spontaneity. And it was characteristic of Dürer, who’d spent most of his youth methodically drawing his own legs, hands and feet, to take advantage of her daydreaming. Even if you find that the exhibition itself doesn’t unfold completely smoothly, how can you begrudge a chance to see these wonderful drawings, including several lent by German museums which we’ll most likely never see again?

Not everyone has had such a positive take on the exhibition. Jonathan Jones of The Guardian has come up with an excoriating review which criticises the show on two main tenets, neither of which seem entirely fair. He complains that the show is overly academic, which is hardly surprising in a gallery attached to a university; and he complains that there aren’t enough famous Dürer images here. Well, why would there be? If you want the big hitters – the Four Horsemen; the Knight, Death and the Devil; and all the other fabulous prints and drawings from his later career – you’re in the wrong place. What is so interesting about this show is that it doesn’t want to show us the familiar Dürer. It wants to entice us to look at less familiar images and to understand how the young artist became who he was. Maybe one of the big London museums will do a proper Dürer retrospective some day, in which case I’ll be fighting for first place in the queue, but the Courtauld’s modestly sized gallery is not the place for that.

I think this show has plenty to offer; and thank goodness there are still museums willing to put on exhibitions which dare to take unusual perspectives on subjects, rather than just laying out the crowd barriers for another easy blockbuster. Give this one a go, if you can. I’ve offered my own slant on it here, but as with all these things you must go and judge for yourselves, and then of course you must come back and tell me what you think. 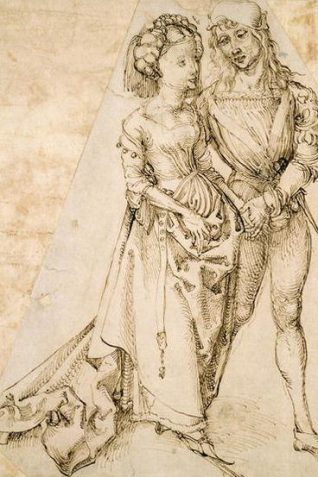