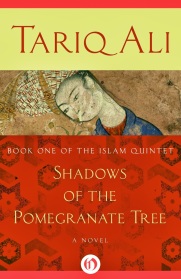 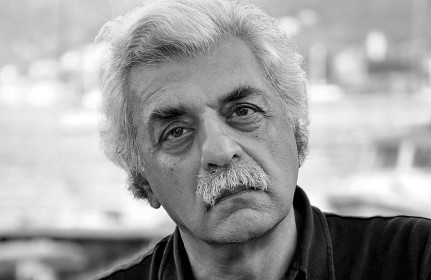 The Islam Quintet: Book I

It begins with an act of book-burning. In 1499, on the instructions of Archbishop Ximines de Cisneros, a troop of Christian soldiers storms the libraries and houses of Gharnata (Grenada), carrying off armfuls of precious theological, medical and scientific manuscripts. With only a handful of exceptions these are burned in front of the shocked Moorish citizens, who see the conflagration for what it is: a warning.

Despite the treaties signed on the submission of Gharnata to Ferdinand and Isabella seven years earlier in 1492, the Most Christian Kings have no intention of recognising their subjects’ right to practice the faith of Islam. Instead, driven by Isabella’s own religious fervour and fanned by the fanaticism of Cisneros, the age of tolerance is over. Even their well-intentioned Christian governor, who until now has worn Moorish garb and allowed them their customs, will come to see that his position is untenable. And so the remaining Muslims of Al-Andalus must make their choice between the three paths left open to them. Will they embrace Christianity and convert, in order to keep their estates, their homes and their families safe? Will they flee across the sea to Africa? Or will they nurse their grievances and make a stand, to honour the memory of their beloved and vanished country?

I’m relatively familiar with the history of the medieval Reconquista and my beloved Lions of Al-Rassan deals with a very similar question of religious tolerance at an earlier date. However, my knowledge of Renaissance Al-Andalus is much sketchier and Ali’s novel took me into completely new territory. It wasn’t until after I finished it that I realised the historical background to all of this: the book-burning happened, as did the Alpujarra revolts which appear in the later part of the novel.

Ali anchors the emotional heart of his story with the Banu Hudayl: a noble Muslim family and their retainers, living in a small village not far from Gharnata. As the world looses its familiar lineaments, they must try to adapt, and yet even in the shadow of great changes the ordinary life of a small community goes on. The youngest son Zayid strives to improve his chess; the eldest, Zuhayr, argues politics and philosophy with his friends, and itches to live up to the standards of his warrior ancestor Ibn Farid. The two daughters, Khulthum and Hind, wait impatiently for marriage and a broadening of their worlds. And their father and mother keep a watchful eye on the world outside their protected enclave, watching the tides change.

It isn’t as simple as Islam being driven out by Christianity: the two have existed, side by side with Judaism, for centuries in Al-Andalus. But co-existence is no longer possible, not even in this little pocket of the world where the old ways still linger on.

This stands out from other Renaissance historical fiction, both because of its subject – I haven’t read any other novels set in Spain at this period – and by its point of view. Even though I’m not religious myself, my understanding of the Reconquista has been formed from a Western, Christian perspective which has dominated the history I’ve studied. Ferdinand and Isabella are towering figures in that tradition. And I find it remarkable to be able to learn more about the other side of the coin, in which the advance of Christianity was more like a ruthless gradual extinction of the civilisation that had been preserved in Al-Andalus since the fall of the Roman Empire. In its originality in this respect, the book is a thoughtful and moving counterweight to the usual historical narrative.

However, while the subject and perspective are gripping, the book’s power is undermined by its writing. First, there are factual errors. There are examples both within the logic of the story itself (such as the fact that, when we first meet Zayid, we’re told he is ten, only for him to be called nine years old on two later occasions) and in the wider historical context (how, I wonder, can Cisneros have been left unmoved by Michelangelo’s frescoes in Rome in the 1490s – I presume Ali means the Sistine Chapel – when these weren’t even begun until 1508?). More generally, however, the writing style is a little heavy-handed and the dialogue doesn’t feel naturalistic: there are several occasions when conversations are simply used to drop in chunks of background information. Sometimes the style reminded me of Cathedral of the Sea. Although the characters are given individual traits, they never quite spring to life and there is a tendency to tell rather than show, which can make for some disorientating switches in points of view. Take this section for example, in which young Zuhayr is trying to find out more about his elderly teacher:

Zuhayr felt he was close to solving some mystery. What it was he did not know. The old man looked at the expression on the face in front of him and knew instinctively that one of his secrets was close to being uncovered. Before he could embark on a major diversion, his guest decided to go on the offensive.

Oh, and there’s a distracting insistence on referring to the male genitalia as a ‘palm tree’ and ‘dates’. Honestly, sometimes it’s better to call a spade a spade.

It’s a shame that the writing and characterisation don’t quite live up to the story, because this is a very moving and (outside Spain) little-known aspect of Renaissance history. I think it’s wonderful that Ali took it as the core of his novel, and if you are interested in Spanish or religious history, you will probably find this interesting despite its flaws. It’s the first book in a quintet about the interactions between Islam and Christianity and I’m now torn about whether or not to read the others. They deal with fascinating periods and I’m sure they will throw a new light on European history just as this one did (plus, one of the books is about Roger II of Sicily, which will be hard to resist).

However, I found it quite difficult to engage with this novel and I think I need to find out first whether the style becomes any smoother in later books. Has anyone else read any of the quintet? If so, what are your thoughts? Have you read any other historical fiction about this period that takes an unexpected or original perspective?

3 thoughts on “Shadows of the Pomegranate Tree: Tariq Ali”