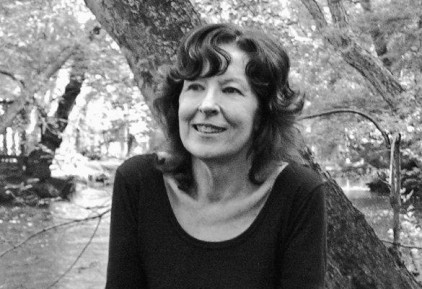 This is the fourth instalment in Sharon Penman’s series about Henry II, Eleanor of Aquitaine and their squabbling sons, following on from When Christ And His Saints Slept, Time and Chance, and Devil’s Brood. I’ve read all the earlier novels, and I enjoyed them too, but unfortunately Lionheart didn’t quite live up to my expectations. It’s hard to know whether this genuinely is a heavier, more stilted book than the earlier instalments or whether it’s just that I’ve become more demanding about historical novels since I read Devil’s Brood in 2009.

On the plus side, a lot of care and research has obviously gone into this novel, and Penman has based even incidental parts of her narrative on original sources. I always appreciate books where the author has really made an effort to get the facts right, but the research has to be worn quite lightly for it to work well. Here I couldn’t help feeling that the novelistic elements (narrative momentum and characterisation in particular) actually ended up being stifled by the amount of historical exposition.

Things got off to a promising start with a glimpse of medieval Sicily (and you know how I like Sicily). Alicia, a young girl of good birth plucked from a shipwreck, enters the service of the queen, Joanna. Joanna and her husband William II rule over the rarest of medieval kingdoms: an island where Christians, Jews and Muslims live in an atmosphere of cultural and religious tolerance (a marked contrast to the crusading fervour which characterises most of the book). However, with William’s premature death the cracks begin to show in Sicilian society and, as religious tensions flare up, two rival heirs stake their claim to the throne. Caught in the middle and imprisoned as a valuable hostage, Joanna pins her hopes on her elder brother, Richard I of England. Gathering his men for crusade in Outremer, Richard will pass through Sicily on his way to the Holy Land.

This extended opening sets the scene and lays down the crucial fact that the joint leaders of the crusade (Richard and the French king Philippe) loathe one another even more than they loathe Saladin. This mutual hatred was a fatal weakness in the Christian campaign: through the struggles for the crown of Sicily, and Richard’s later actions in Cyprus, Penman shows that Christian Europe is simply incapable of presenting a united face (if Richard supports one candidate, you can bet that Philippe will champion the other). Unfortunately a similar situation awaits them in the Holy Land, which is still reeling from the deaths of Baldwin, the ‘leper king’ and his sister Sibylla. The crown is now contested between Sibylla’s widower Guy de Lusignan and Conrad, Marquis of Monferrat, who has forcibly married the only real surviving heir, Sibylla’s sister Isabella. Once again Richard and Philippe find themselves dragged into the question of succession, and their presence threatens to weaken rather than strengthen the Frankish cause.

Although Richard and Philippe are on crusade, they are both uncomfortably aware of the weakness of the kingdoms they’ve left behind. This is particularly a problem for Richard, who has barely had a chance to consolidate his rule: he knows only too well that Philippe (resenting Richard’s glamour and military ability) itches to return to France, so that he can prey on the Angevin empire. With Richard absent, England threatens to dissolve into chaos as the feud between his chancellor Longchamp and his brother John drags the country into political and religious danger. Richard himself, in Penman’s hands, is attractive but flawed: a charismatic warrior used to leading by example, adored by his men and regarded with envious contempt by his rivals. She notably emphasises his success with the ladies (although I wasn’t sure that we really needed the scene in which his wide-eyed young wife exclaims at how well-endowed he is). The real Richard is one of the most dazzling of historical figures and Penman makes him a compelling protagonist without endorsing his ideals and actions.

However, he is by far the most developed of the characters in the novel – he overshadows his fellow characters as in life he overshadowed his fellow kings. Many of the other figures feel superficial or underdeveloped in comparison, most notably Hugh of Burgundy and the Bishop of Beauvais, who scuttle around in corners like cut-out paper villains. Unfortunately it was also true of the women in the novel, with whom we spend a fair amount of time, waiting for the latest news (you could argue that we spend too much time with them, when we could be off at the front line seeing some action). I found Joanna sympathetic, but none had the verve and complexity that made Eleanor so attractive in the earlier books.

I mentioned the problem of exposition. The book is weighed down with it: even casual Classical references in dialogue are picked up on (there’s always one character in the conversation who asks for details to be explained), and many of the conversations in the book felt less like naturalistic expressions of character, and more like ways to fit in more information or background context. For example, the first quarter of the book was dominated by conversations in which older and wiser characters explain to more naive characters who everyone is and how they’re related. Now, I appreciate that this isn’t an easy period to deal with, especially because every third person seems to be called Geoffrey and the kinship network is practically labyrinthine; but there must be a way of setting the story in context without making it feel like an undergraduate lecture or an animated family tree. I don’t remember Penman’s earlier novels being quite so dense. There were similar issues when we reached the Holy Land. To my disappointment, while I was trapped in a castle with Joanna or a command tent away from the action, lots of exciting stuff happened ‘off-stage’ and was then reported in exhaustive detail by a breathless messenger. I feel strongly that the story would have benefited from showing more of this at first hand – it would definitely have added to the drama and immediacy.

The funny thing is that, although the novel itself didn’t capture my imagination, I did find Penman’s afterword very interesting. She summarises recent research on the events covered in the novel (the massacre of the garrison at Acre is one of the key episodes discussed), and she explains why she chose to present them as she did. She also mentions the original sources which she used to write the book (the reliance on chronicles probably explains the rather staccato episodic feel of the campaign sections). This has all whetted my appetite for more reading about the Crusades: I have Runciman on my shelf, although unfortunately Penman suggests that he’s now rather outdated.

In conclusion, I have to add that (as ever) this is very much my personal opinion on the novel. Lots of people on Amazon, for example, have given it glowing five-star reviews. If you’ve enjoyed the earlier Angevin novels, I’d still suggest that you give Lionheart a go, because you might well find it more accessible and engaging than I did. If you do find yourself gripped by it, the sequel A King’s Ransom is already out.