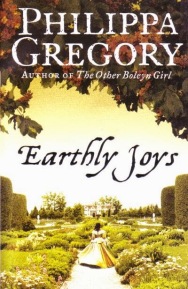 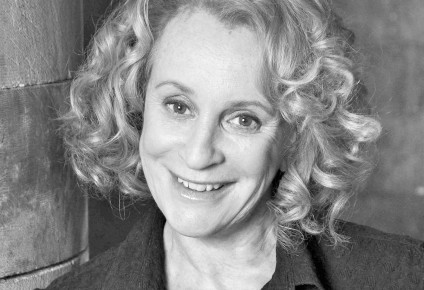 Moving away from her usual stamping-ground of the Wars of the Roses and the Tudors, Philippa Gregory turns her attention in this novel to a much less familiar aspect of British history: the development of 17th-century botany and horticulture. At its heart is John Tradescant the Elder, the most celebrated gardener of his time, whose life spanned from the twilight of the Elizabethan age to the brink of the Civil War, and who did more than any of his contemporaries to encourage and enrich the love of gardening in England.

I was probably the ideal audience for this novel: I don’t know enough about Tradescant himself to be irritated by historical inaccuracies, but I find the context interesting enough that I simply couldn’t resist. (My BA thesis was on English botany of this period – though not Tradescant specifically – so Gregory’s novel reminded me of hours spent poring over Theophrastus, Dioscorides and Gerard’s Herball in a quiet library opposite the Oxford Botanical Garden.)

It is 1603. The old queen is finally dead and Sir Robert Cecil has successfully negotiated the succession of the Scottish king James, cementing his position as the most powerful man in the kingdom. Weighed down by the cares of state and incessantly suffering the pain of his twisted body, Cecil finds comfort in the simple things in life: enjoying the beautiful garden at his splendid house, Theobalds, and the company of the man who created it, John Tradescant. Stout-hearted and honest, Tradescant returns his lord’s friendship with the fervent loyalty of a man used to the old order, where everyone knows his place in the Great Chain of Being and a man’s duty to his lord comes before everything else. He has created the garden at Theobalds for Cecil’s pleasure and it, like the house itself, is one of the great sights of England. But the house’s grandeur will prove its undoing: a visit from the new king results in too-excessive admiration, and Cecil is forced to sacrifice his family home and move to Hatfield. Tradescant comes with him and once again the two men embark on plans to create a garden to delight the eye and soothe the soul.

Tradescant marries, but his heart and loyalty remain first and foremost at Cecil’s service – until, at last, he is forced to seek new masters. By now his fame as a gardener is so established that employers come to him: he presently enters the service of the King’s favourite, the Duke of Buckingham, who has succeeded Cecil as the most influential man in the realm. Bound by the unquestioning loyalty of master to man, Tradescant also finds himself being unwisely captivated – as is everyone else in the duke’s service – by Buckingham’s glamour, spirit and dazzling looks. Eager to win the same regard from the duke that he once had from Cecil, Tradescant determines to do all that his master desires: setting out on voyages to bring home new and exotic plants, beautifying the gardens at the duke’s house, and even accompanying him as an engineer on the doomed campaign to raise the siege at La Rochelle. As religious discontent grows and the common people suffer plague and starvation, Tradescant watches those at the head of the kingdom occupy themselves with masques, merriment and love affairs, blithely unaware that they’re dancing towards an abyss.

The metaphor of a well-tended garden to mean a well-governed realm is an old one, but it works well here. I have to say that I enjoyed the book much more than I was expecting to (I haven’t read much Gregory and had made certain assumptions which, at least in this book, were generally proved false). She does a great job of conjuring up the thrilling spirit of an age where the blank spaces on maps were being gradually filled in, and where each journey resulted in new species of plants and animals. Despite his wife’s disapproval of his gadding about, Tradescant is unable to resist the lure of travel, whether it’s to Russia or Algiers or the Netherlands, at the time of the frenzied, frantic speculation of tulipomania. Each time his master (whether Cecil or Buckingham) sends him abroad, he brings back new treasures for England’s gardens: most significantly, for generations of children, the horse chestnut; but also Russian larches and various varieties of tulip, including the Semper Augustus, the most valuable of all. The botanical aspects of the story are genuinely absorbing.

However (and I’m moving into spoiler territory, so be careful) I wondered whether it was really necessary for Gregory to go quite so far in the direction she did, with regard to Buckingham. Perhaps a Gregory novel simply can’t face the day without at least a bit of bodice-ripping (we should probably call it jerkin-ripping in this case), but I felt that Tradescant’s complicated attachment to the duke would actually have been even more plausible without those few scenes on the boat. In fact I think this aspect actually weakens the character of Tradescant that the book presents to us: it forces him to operate with an element of angst that is ill-suited to the solid, level-headed, sensible man Gregory introduces to us, and the character might have had greater integrity without this sensationalised (and unnecessary?) addition.

I’m thoroughly tickled by the fact that Tradescant has received the Philippa Gregory treatment and, if only this had been published when I was doing my BA, it would have given my thesis topic a certain air of frisson. If you’re looking for an engaging and enjoyable book that’s easy to read and offers a slightly different historical period, then do give this a go. It’s not only about gardening and botany, of course: it also offers an interesting take on English society just before the outbreak of the Civil War and there are cameos from lots of familiar historical figures.

But its primary achievement is in bringing Tradescant himself back into the public eye. Needless to say, there don’t seem to have been any other novels about him (do tell me if I’m wrong!), but there are a few history books which I’d like to seek out in due course. I’m sure there’s much more fascinating information about his travels in Russia, which seem to have been more extensive and more important than Gregory suggests: he was one of the first British naturalists to visit the country and he left a written account of his time there. And I’d like to find out more about his collection of rarities, housed at the wonderfully-named ‘Ark’ in Lambeth, which would eventually form the core of the Ashmolean Museum. However, Gregory is to be applauded for temporarily stepping away from the lucrative Tudor period and giving the limelight to a very different breed of hero: an honest, modest and brilliantly green-fingered man, who is responsible for so many aspects of the gardens we take for granted today.

There will be more Tradescant fun in due course: I’ve just bought the sequel, Virgin Earth, which follows John Tradescant the Younger as he travels to Virginia in a bid to escape the chaos unleashed by the Civil War. I’ve also just discovered that the deconsecrated church of St Mary-at-Lambeth, where both the Elder and Younger Tradescants are buried, is now run as the Garden Museum (a London museum I hadn’t even heard of before! What a find!). One weekend, when I have enough time, I shall have to make a little pilgrimage there and find out more.