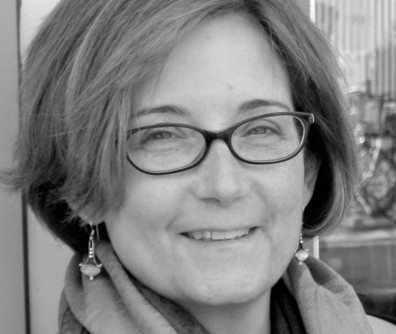 After Angélique, I thought it was time for something slightly more characteristic. Lynn Flewelling has been on the edge of my awareness for a couple of years and, when her books were also recommended by Goodreads, I decided it was time to give her a go. Luck in the Shadows has proven to be an enjoyable start to the Nightrunner series: something of a lighter cross between Swordspoint and The Lies of Locke Lamora. Unlike those, however, this is unashamedly high fantasy, with wizards, magic, the odd centaur, and a definite hint of Dark Lord brewing on the horizon.

As you might know, I’m generally slightly wary of full-on high fantasy, with all the bells and whistles of sorcery and unpronounceable names, but Luck in the Shadows isn’t really like that: at heart, it’s a story about people. Our characters live by their wits, intrigues and more than a spot of derring-do: there is much swashing of buckles. It’s all written with a pleasantly light touch (if you’ve read Swordspoint, this has a similar blend of drama and humour).

Things aren’t looking up for Alec of Kerry. A hunter and trapper, he has just lost his father and now, orphaned and friendless, he has been arrested by the guards of Lord Asengai, who believe he has been spying on the estate. Alec’s protests are fruitless and a swift transfer to the slave trade beckons, until he is unexpectedly joined in his cell by another prisoner: the bard Rolan. When Rolan effects a daring escape (in a gleefully cinematic sequence), he rescues Alec and takes him along; and suddenly the boy finds himself not only free but in rather fascinating company. For Rolan is in fact not a bard at all, nor called Rolan: he is Seregil, a thief, trickster, master of disguise and – inevitably – spy. Offering Alec the chance to become his apprentice, Seregil draws the boy into a world that Alec could scarcely have imagined, where tensions simmer between rival states, traitors plot to topple queens, and dark magic waits to be awakened. Overwhelmed by the richness of his new situation, Alec finds himself learning etiquette, swordwork and letters – all the skills needed to disguise himself as a member of any given rank in society. Ideally their role would simply be to watch, gather information and report back to Seregil’s friend and master Nysander; but the chance theft of an unremarkable small wooden disc proves to be the beginning of a dark and unsettling road.

Compared to the knotty, vivacious brilliance of some fantasy novels I’ve read this year, like Red Seas under Red Skies or The Name of the Wind, I didn’t feel that Luck in the Shadows had anywhere near the same punch or bravura. The characters are engaging but still slightly underdeveloped and there are certain character traits that don’t always ring true. It’s rather sweet that Alec blushes so much, for example, but he strikes me as excessively sensitive and modest for a young lad who’s spent most of his life travelling and trading. Having said all this, I read books for various reasons and, although this won’t give me the so-rich-you-have-to-chew-it satisfaction of a Locke Lamora novel, it still offers effervescent escapism. Flewelling gives us a good understanding of her world, both socially and politically; I noted with interest that she has gone for a slightly Greek tinge to many of her place and character names, especially in the southern regions. Without a doubt Seregil is the character who appeals to me most at the moment, which is probably entirely intentional on the author’s part – disguise and skulduggery always appeal to me, but he also comes out of this novel as the most rounded and interesting figure. I mentioned earlier on that it reminds me slightly of Swordspoint (and not just because there’s a character called Alec): that’s true not just in terms of the writing style but also in the hints of potential romance, which is clearly a case not of if but when.

It’s all good fun, it’s undemanding and full of skirmishing and adventure; and the chapters are cleverly designed to be so short that you just can’t help reading ‘just one more’ before bedtime. There isn’t much more I can say about it as it’s a short book, little more than an aperitif for Alec and Seregil’s further adventures, setting the scene and introducing the characters we need to know for the future. The ending is rather abrupt (as the number of pages still to read dwindled away, I began to grow rather agitated because we were still in the middle of the dramatic finale), but as a cliffhanger it’s definitely effective. I’ve already ordered the second book in the series, though it won’t be with me until after New Year, and Lynn Flewelling has the potential to fill the Kushner-shaped hole in my life for the foreseeable future.

2 thoughts on “Luck in the Shadows: Lynn Flewelling”