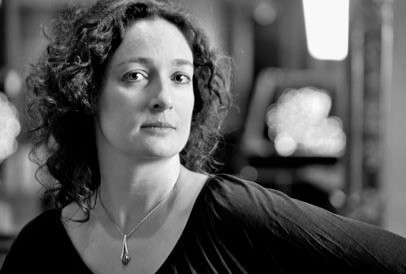 A Novel of Aristotle and Alexander the Great

The Golden Mean was an automatic Goodreads recommendation and it certainly caught my eye although, after admiring the cover, I wasn’t quite sure what I was letting myself in for. When I realised that it was a novel about the relationship between Aristotle, as tutor, and the young Alexander the Great, as student, I really couldn’t resist. I’ve been saying for months that I mean to reread Fire From Heaven and this promised to be a fun way to lead myself back to that. But the book proved to be more than a handy diversion: its language by turn thought-provoking, poetic, inspiring and casually vulgar. Initially I found the characters rather flat, and thought that I didn’t much like it, but as time went on I began to appreciate it more; and, now that I’ve finished it, it’s still lingering at the edge of my mind. Let me try to explain a bit more.

I had the kind of education where Aristotle was mentioned (if at all) with slight reverence. I wasn’t expecting to meet him, at the start of this novel, while he was daydreaming about studying his wife’s genitalia. However, I rapidly realised that this was just one of the disconcerting but ultimately rather wonderful things about the book: it introduces you to characters who are plausibly of their time. They aren’t prudish; they’re down-to-earth, impatient, bawdy, and blunt. In Aristotle’s case, he’s driven by a thirst for knowledge that embraces everything, from what goes on between his wife’s legs to the revolution of the spheres, the form of shells, the nature of tragedy and the correct balance for living a good life.

He and his family are travelling down to Athens, via the city of Pella in Aristotle’s homeland of Macedonia, where his boyhood friend Philip is now king. It’s meant to be only a brief stop, but Philip has heard about Aristotle’s medical abilities and persuades him to stay for a little while longer. Philip’s first-born, Arrhidaeus, suffered a severe head injury as a child and has had learning difficulties ever since. Thrilled by this chance to study the brain and the way we learn, Aristotle gets to work, carefully making friends with this neglected, lonely boy.

But he soon finds that Arrhidaeus isn’t the only intriguing case at the court of Pella. What of Philip’s younger son: the formidably bright, elusive and fragile Alexander? A visit of a few weeks turns into seven years, in the course of which Aristotle will find himself drawn deeper and deeper into the orbit of the clever, troubled prince, and challenged by the task of moulding this raw, thirsty mind into one worthy of a great king… and a good man.

I accept that the greatest happiness comes to those capable of the highest things. … That’s where you and I walk away from the rest of the world. You and I can appreciate the glory of things. We walk to the very edge of things as everyone else knows and understand and experiences them, and then we walk the next step.

I’d been nervous that there might be too much Renault here. She casts a long shadow over fiction about Alexander, and I thought that a book purely about his boyhood might owe too much to Fire from Heaven. But, in taking Aristotle’s viewpoint and in eschewing Renault’s noble classicism for something rougher, Lyon manages to avoid any sense of plagiarism. I was impressed by how different her characters are from Renault’s: Alexander, for example, is a long way from the measured, beloved golden boy of Fire From Heaven. Here he’s febrile, troubled by deep anxieties and susceptible to terrible blackouts after battle, as his mind struggles to process the carnage he’s just wrought on human flesh. He is immensely clever, scarily precocious, and a skilled emotional manipulator even as a child (you wonder just how much he is aware of his own desirability, in this kingdom where women are locked away and power is an aphrodisiac all its own). But he is also a fragile human being: a confused adolescent boy whose father expects him to be a supreme warrior, whose mother fills him with stories about being the son of a god, and who has been forced to be cynical and calculating beyond his years. I didn’t necessarily warm to Lyon’s vision of Alexander, but I thought he was thoroughly convincing.

The other character I noticed most was Hephaistion, who in Lyon’s version has a less clearly-defined role than in Renault: he’s Alexander’s closest friend, devoted and loyal, but he’s also still just a boy, trying to cement his position at Alexander’s side – and jealous of any other attentions the prince might have. And Lyon suggests that, for all his faithfulness, Hephaistion might be primarily a pretty face and maybe not all that bright. That made me smile. I’ve always had a soft spot for Hephaistion, partly thanks to Renault and partly thanks to Jared Leto looking so lovely in Alexander; and it’s amusing to find a different point of view. Like the characterisation of Alexander, I can’t help wondering if Lyon’s version might be closer to the truth of it.

The book’s title comes from Aristotle’s belief that everything is best in moderation: finding the happy medium between two extremes. Health comes from having the humours in balance; equally happiness comes from having the mind in balance. It is a grand statement, but Lyon cleverly undermines our acceptance of Aristotle’s reasoning and leaves us wondering whether he advocates moderation because it truly is the best state, or because – as a man strung on the pendulum of bi-polar depression, it is the state which is best for him. Ultimately, we discover that our philosopher isn’t the most reliable narrator, by which I don’t mean to say that he lies, but simply that perhaps he doesn’t truly understand himself (despite his Socratic education). As Alexander notes at one point, he has created a philosophy which celebrates moderation simply because that is how Aristotle has lived his own life. Despite all his searing curiosity about the world, he is not going to be able to experience its full range of wonders because he doesn’t have the inner courage to face up to extremes:

‘All our years together, you’ve made your theories out of the accidents of your own life. … Life should be spent in quiet contemplation because life never offered you more.’
‘Tell me what more is.’
‘There’s a whole world more. … I’m not staying here. I’m going east, and east, and east again. I’m going as far as anyone’s ever been and then farther. Animals no one’s ever seen. Oceans no one’s ever swum in. New plants, new people, new stars. Mine for the taking. Yours too.’

But Aristotle is not Alexander. He is brilliant at understanding and rationalising what is in front of him, although he is never quite as objective as he believes himself to be, but he doesn’t have the self-belief to make that dizzying step out into the complete unknown. Throughout the book he worries at the idea of ‘tragedy’; and Lyon leaves it quietly unresolved as to whose is the true tragedy here: the dazzling Alexander, who drives himself to extremes and suffers for it; or the philosopher himself, who preaches what he practices because he doesn’t dare do more.

This is much more intelligent than a simple coming-of-age novel and, by giving us Pella through Aristotle’s eyes, Lyon offers a perspective which sees Alexander’s world as both familiar and occasionally bewilderingly strange. Aristotle himself is self-centred and petty; Alexander is cautious and playing a far more sophisticated game than anyone realises; and the language is peppered with the kind of offhand cussing that might make some readers uncomfortable. As I said before, I didn’t much like it at first. But, by the end, I had started to see the glimmers of brilliance in the story, and it offers a persuasive psychological picture of the clash of two of the greatest minds in the 4th century BC. If you’re a fan of classical historical novels, you should really give this a go; if you’re a fan of Alexander, you certainly should. Not everyone will like it, I’m sure, but it is one of those quiet, creeping sorts of books which you don’t realise has made its mark on you until some time after you’re done.