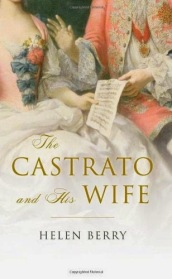 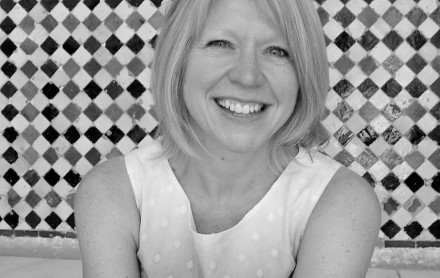 I’ve had an unintentionally Baroque-themed summer, so you’ve got a series of posts on countertenors and castrati coming up. (I was going to apologise for it in advance, but I’ve changed my mind: if one person discovers Leonardo Vinci or Franco Fagioli because of these posts, I’ll be happy.) It’s all because I’ve spent the summer shuttling back and forth across Europe for work, which sounds glamorous, but actually just means that I’m more familiar with the layout of Schipol airport than anyone could really desire. It’s been hard to concentrate on books so I’ve been trying to teach myself about music instead. You’ve already had my Artaserse post and there’s plenty more where that came from, although I will start reading more novels again soon, I promise.

However, I decided it was time to give myself a bit of historical context to the music I’ve been listening to, and I kicked off with this intriguing glimpse into the archives. Helen Berry‘s research lays bare (unintended pun) a unique English legal case from the mid-18th century. She follows the ramifications of the love affair between Dorothea Maunsell, an impetuous Irish girl of good family in her mid-teens, and Giusto Ferdinando Tenducci: one of the most celebrated singers in London, a composer and a renowned music teacher. After a whirlwind romance, the lovers eloped and married in secret, leaving Dorothea’s family seething with fury. They had some cause. Despite his celebrity, Tenducci was by far their social inferior: he was the son of a servant. Worse than that, he was Italian. Even worse, he was thirty years old, twice their impressionable daughter’s age.

But Tenducci’s worst crime was something over which he had equally little control: he was a castrato. Unlike Italian law, English law didn’t actually forbid castrati from marrying (in Italy, Tenducci would have faced the death penalty), but that’s only because no one ever imagined the question would come up. Tenducci was no stranger to gossip, of course. He was condemned to a lifetime of prurient interest in the contents of his trousers. But he would find that his passionate attachment to Dorothea brought him into a whole new realm of scandalous publicity. At first the newlyweds outfaced their critics – Dorothea even published a breathless autobiographical account of their courtship, emphasising their romance and their commitment to one another in spite of her family’s attempts to kidnap her and murder Tenducci. Gradually, the scandal began to lose its edge. And then, when the perennially indebted singer and his wife returned to his native Tuscany, the worst happened. Dorothea met and fell in love with a wealthy young Englishman. She hurried back to Britain with him, to the relieved embrace of her parents, and embarked on another, much more acceptable marriage.

But to what extent had her first marriage been legal? She and Tenducci had certainly gone through the ceremonies. But what exactly determined if a marriage had taken place? Was it the ceremony itself? The consummation? Or when the woman became pregnant? And if it was either of the latter, then had Dorothea and Tenducci ever been married at all? One has to feel for the poor man. Abandoned by his young wife, whom he obviously adored, Tenducci had to suffer a humiliating court case which examined his anatomical peculiarities in unforgiving detail and asked whether a castrated man could legally enter into marriage, which existed for the sole purpose of procreation.

Berry uses this remarkable case as a springboard to look at the marital and sexual mores of the 18th century and, more specifically, at the phenomenon of the castrati, particularly as they were regarded in Great Britain. She does her best to recreate Tenducci’s childhood and his training at the conservatory of Santa Maria della Pietà dei Turchini in Naples, where one of his tutors was the temperamental Caffarelli. He made his debut in 1753 in Venice and in 1758 he was head-hunted for the King’s Theatre in London. Tenducci’s time in London would cement his fame – but also prove to be his ruin.

Despite our reputation for stiff upper lips in England, we’ve always been peculiarly susceptible to all things Italian. That extended to these singers with their ravishing voices, their boyish looks and their statuesque height (often six foot or more, due to the disruption of usual growth patterns). It’s also interesting that this is one of the comparatively rare cases in history where the female gaze takes centre-stage: Tenducci and his fellow castrati were famous for their voices, but they were infamous for the fervent adoration they inspired in their hordes of female fans:

Earlier in the century, an Englishwoman had notoriously shouted from the audience during an operatic production by the greatest castrato of them all, ‘One God, one Farinelli!’, at a stroke breaking the taboo against a woman raising her voice in public, blaspheming, and making a spectacle of her desire.

Well, if you’re going to do something, do it properly. But the problem was that the singers were all too often very ready to oblige their admirers. A central issue in the Tenducci trial would prove to be the extent to which they were able to oblige. It was a question that had already been energetically debated for some time, primarily by male satirists (one senses an element of insecurity in the face of the dazzling success these foreigners were having with their womenfolk).

Berry’s book is full of information and it’s well written. I always enjoy fiction or history that starts from a chance mention in the archives and spirals out to offer a broader picture of a period. Of course, this book was particularly fascinating because it offers both a new perspective on the history of my city and a context for the music I’ve been listening to. On that note (another pun – sorry), I found it rather amusing that Tenducci’s signature aria was Water parted from the sea, from Thomas Arne’s Artaxerxes, based on the same Metastasio libretto as Vinci’s opera (‘Go on,’ I mentally challenged Tenducci, ‘I bet it wasn’t as good as L’onda dal mar divisa‘). Throughout, Berry admirably fleshes out the bare archival facts and she is enormously sympathetic to Tenducci, who certainly ended up with the raw end of the deal in so many ways.

I freely admit that I’m guilty of romanticising the castrati. Their stories are so tantalising: the love affairs, the tempestuous arrogance… the music! As I said, I’ve been immersing myself in a lot of these arias recently and I was rather surprised by Berry’s implication that it’s hard to understand the castrati’s appeal for their female fans. For me it isn’t difficult at all, if they sounded even halfway like some of the talented young singers tackling this music today. You’ll hear more about them soon, but for now go and listen to something like Alto Giove done by Max Cencic, or Valer Sabadus or Philippe Jaroussky: their blend of sensitivity, bravura and soaring notes is intoxicating. So I completely understand why a romantic young girl like Dorothea would have been swept off her feet by Tenducci’s exotic charm and the beauty of his voice. If I’d been alive then, I’d have been fighting my way into the Haymarket for his concerts too.

And yet, Berry’s book emphasises that we’re actually better off being able to hear this music sung beautifully by men who’ve chosen to make this their art form. Tenducci and his fellow castrati had no choice. The choice was made for them, when they were too young to understand what they were giving up and, as Tenducci’s life shows, some of them were never able to come to terms with the fact that they couldn’t be husbands and fathers as they longed to be. This must have had a profound psychological impact. When questioned at the trial, Tenducci’s former flatmate remembered that he always carried his testicles in a little velvet bag in the pocket of his breeches: a detail which, first of all, rather took me aback; but which I then found desperately sad. Berry notes that he must have seen them as relics of sorts: fragments of the man he’d never been able to become. And another affecting detail comes from a deposition given to the trial investigators in Florence. A witness remembered a conversation he’d had with Tenducci’s mother about the time her son was castrated.

I have… heard his Mother say that she had not Courage sufficient to be present at the Castrating of her… Son, but that she was in a passage next the Room where the Operation was done, and when she heard him cry out, ‘Ayi My Mama’, which was in the the very Instant of the Operation, she thought to have Died of the pain she felt at that Instant.

Tenducci was eleven years old at the time. And that’s something that has to be borne in mind. Probably thousands of boys were castrated during the course of this craze. A mere handful reached the dizzy heights: the glamour and the gold and the performances for princes. The rest were condemned to obscurity or, at the very worst, destitution. But they must have all started out in much the same way as Tenducci: terrified, confused children, strapped to makeshift operating tables and screaming for their mothers as any alternative future was cut away.