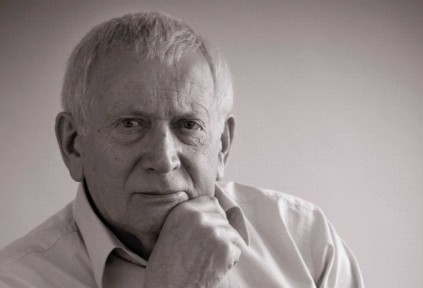 At a dinner party a couple of weeks ago, I ended up sitting next to another keen reader. He listened indulgently to my pitch about why he should go and read Dorothy Dunnett right now, and then not only made a recommendation of his own but actually gave me the book there and then. I’ve always thought it’s rather brave to do that after only a couple of hours’ acquaintance, but since I’d also mentioned the whole Baroque opera side of things, he said he thought I’d click with this. And he was right. I picked it up the other night, when I had a little time before going to bed and, to my surprise, simply couldn’t put the book down until I’d finished it. It isn’t all that long – 184 pages – and its atmosphere draws you into an elegiac bubble of a world which is best savoured all in one go.

Andrew Peters is living a lie: even his name is a benign, well-intentioned, comforting lie. Born in Romania in 1930, he was called Andrei until he was seven, when his parents’ fear over the growing Fascist regime led to him being smuggled out of a suffocating, terrifying country. Sent from Paris to London under the care of a train guard, he is handed over on Victoria Station platform into the care of his father’s brother: the larger-than-life Rudolf. Famed as the star of the most popular operettas of the time – a scourge of ladies’ hearts – a matinee-idol charmer with a splendid voice – Rudolf Peterson has already undergone the same transformation as his little nephew. He too has abandoned one past, as Rudi Petrescu, and created a future for himself, under a new, Anglicised name in a more hospitable climate. To young Andrei (swiftly rechristened Andrew), his uncle is the most dazzling of grown-ups: always full of incredible stories, always in demand, always fresh from some new scandalous seduction, but from the very first moment determined to place his shy, gauche, homeless little nephew at the centre of his world.

The voice you can hear today on the Golden Age label gives just a hint of what he was about. It is bright and confident, as befits a reckless vagabond; a prince who believes he is a simple gypsy fiddler; a champagne-guzzling gambler who plays roulette with no thought of a ruinous tomorrow. These were the kind of improbable men Uncle Rudolf impersonated, giving them – for as long as he could bear to – angelic expression.  But the angel wanted to sing of other matters; of other, more serious, concerns, and he had already left it too late to do so by the time I arrived in his life.

And so Andrew grows up in the orbit of this charismatic man, overwhelmed by his glamour and exuberance, only gradually coming to realise the depth of pain underneath the glittering successes. For Rudolf’s dream has always been to sing the great operas and oratorios – Mozart and Handel – not the lightweight fluffy operetta with which he has become so entangled. And yet he is doomed to be remembered for the genre he treats with scorn, and never to make his mark in the world he so desperately aspires to be part of. As Andrew grows up, he gains a better appreciation of the brilliant, troubled uncle who has taken him unquestioningly under his wing, and must also learn to face the truths of his own half-remembered childhood in Romania.

It is a heartbreaking little book. It is so short and so exquisitely written that I can’t say much more: it’s the kind of thing you have to quietly discover for yourself. It’s a story about displacement, about being forever unable to possess the thing you long for, and about the way that we interact with our pasts and shape our presents. But it’s also about the way that certain adults can captivate us as children: the gift they have for bringing magic into real life and making even the mundane into a thrilling kind of adventure. Its two protagonists have both, in very different ways, been forced to accept that they can never be who they want to be and they have both chosen the path of resignation: secrets, old wounds and enduring sadness. Bailey’s writing is perfectly-judged, evoking all the inward pain of things left undone, unachieved, unsaid. There is something about its poised, perfect irresolution that reminded me slightly of The Remains of the Day.

Having said that, I can well imagine there might be some people who don’t like it. It is character-driven and skips around through memory as the elderly Andrew looks back over his life: it’s a kaleidoscope of life rather than a neat progression. And there are elements which might make some people feel a little uncomfortable. But if you abandon yourself to its gentle wit, to its subtle nostalgia and eloquent regret, it’s a treasure. It seems that my neighbour at that dinner party judged me well. And if you finish this book without a slight tear in your eye then you’re a stronger person than me.