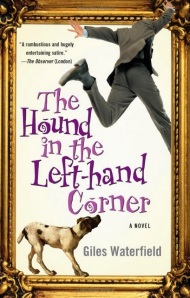 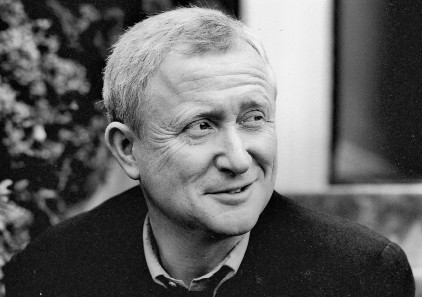 This was one of my Christmas presents and my mother confessed to having had qualms about buying it. It came strongly recommended by a family friend who thought it’d be just up my street, but, “It’s just not the kind of book you read,” said Mum, evidently concerned at the lack of a historical setting, duels, court intrigue, vast battle scenes or Vikings of any form. Fortunately I thought it was great fun. (Thanks Mum and Dad!)

The action all takes place over one heady Midsummer Day in and around the Museum of British History on the south bank of the Thames (it’s been known as BRIT for short, since the millennium, in an effort to make it sound more inclusive and relevant). It’s a big day for all the staff: the grand opening of their new, highly anticipated exhibition, which goes by the self-consciously appealing single-word title Elegance. Focusing on the art and culture of the 18th century, the exhibition will be kicked off with an achingly stylish Georgian-style dinner, which is due to be attended by patrons, the glittering elite and even a member of the Royal Family. And absolutely nothing can be allowed to go wrong. As the day unfolds, the story follows a series of characters involved in the exhibition, each of whom has their own agenda.

The wunderkind director Auberon Booth is nervously waiting to be interviewed for the directorship of the prestigious Bloomsbury Museum, and knows that a successful run for Elegance will help his application. Jane Vaughan, BRIT’s chief curator, regards the exhibition as yet another example of populist culture and flashy marketing overriding academic rigour. Her junior colleague Helen Lawless has been given all the credit for the exhibition due to her cosy relationship with the director and chairman, and Jane can’t quite decide whether her own unease about Elegance is down to having been passed over… or whether there is something not quite right. Then there’s Lucian Bankes, the arrogant head of the Exhibitions department; his long-suffering, quietly ambitious deputy, Diana Stanley; and their luminous and disturbingly attractive assistant Hermia Bianchini. It’s important for all of them that the exhibition goes well, although Diana wouldn’t mind seeing Lucian taken down a peg or two. In the Security department, John Winterbotham rules his staff with a rod of iron, and is determined to make sure that nothing happens contrary to policy on such an important day; but his tyrannical rule is gradually undermined by the love blossoming between Bill and Anna, two of his guards.

Then there are the Trustees, the catering firm, the Press Office and, last but not least, Sir Lewis Burslem, the museum’s chairman. Not only is Sir Lewis the chairman, he’s also the sponsor of the exhibition and, controversially, the lender of several works, most significantly the celebrated highlight of the show: a splendid rediscovered Gainsborough portrait of Lady St John as Puck. As the evening draws closer, each of these cogs should come together into a well-oiled machine… But all is not well at BRIT. As Midsummer’s Day progresses, and the enigmatic, puckish smile of Lady St John beams out from the publicity material, strange things start to happen. Tempers flare, emotions become tangled and, worst of all, questions start to be raised as to whether the star piece is really a Gainsborough at all…

This is a glorious, gleeful farce which shows that life is almost always a thin veneer of civilised elegance over a substratum of blind panic, ambition and backbiting. It’s very cleverly written and much of it is pitch-perfect. I felt slightly guilty, actually, because the much derided exhibition concept of Elegance sounded rather wonderful to me. An opening dinner themed around Vauxhall Gardens in the 18th century, with an orchestra playing Handel and waiters dressed as footmen? Goodness; yes, please! Incidentally, I should take this opportunity to point out that the Museum of British History does not exist, of course, and is a carefully constructed amalgam of various real museums, to prevent anyone getting too upset. The Bloomsbury Museum doesn’t exactly exist either, although those familiar with a certain rather classical-looking building near Russell Square might be able to draw certain parallels. I couldn’t possibly comment.

Waterfield is a former director of the Dulwich Picture Gallery and he clearly knows exactly how this world works: the tension between the commercial and academic branches of the art world; the question of what museums are or should actually be for; the influence exerted by the shadowy but powerful dealers and restorers of St James’s; the strain between scholarship and fundraising; and, most significantly, the way that people deal with questions of authenticity in art. Every aspect of the book is spot-on: exaggerated, of course, but shrewdly done. I’ve spent my entire working life in the art world and the novel not only rang true but felt disconcertingly familiar: I get the feeling I’ve actually met some of these people. Indeed, my sources tell me that there was a minor sensation when the book came out, because some of the liaisons and characters were a little too true-to-life. Sadly I came into this world too late to know the truth of any of that.

Don’t be put off, though: even if you have absolutely no familiarity with the machinations of the art world, this is still an amusing tale of intrigue and skulduggery. As the different characters converge on the museum for the grand opening, you grow to appreciate the complexity and effort involved in such an operation, from the management of the security guards to the catering team, the Education department and the curators, the sponsor, trustees and director, not to mention the journalists and press teams on whom so much of the exhibition’s success rests. And Waterfield quietly, subtly adds a whole other dimension as the novel unfurls, which it took me far longer to notice than it should have done (the choice of subject for the famous Gainsborough turns out to be significant, as does the fact that the museum’s director is called Auberon).

All in all, this is light and breezy and very good fun. I can recommend it to my friends in the art world, if only so that we can all read it and breathe a sigh of relief, while thinking, ‘Thank goodness that hasn’t ever happened to me… yet…’

If you enjoy this book, you might also consider The Improbability of Love, which is very much in the same vein.

2 thoughts on “The Hound in the Left-Hand Corner (2002): Giles Waterfield”