A recital by Randall Scotting and Marie van Rhijn

Back in October, on visiting Handel House for the first time, I wrote about their exhibition, A Year in the Life of Handel. This focused on the works produced by Handel in 1738 and the challenges he faced at the time. Not least of these was the growing indifference of the English public to Italian opera seria: audiences were thinning out and there was barely enough interest to sustain one Italian opera company, let alone Handel’s team at Covent Garden and the rival Opera of the Nobility. As if that wasn’t enough, Italian opera was also being satirised in English-language burlesques, most famously The Dragon of Wantley.

So, the cultural climate was hostile; the financial situation was verging on dire (as usual); and Handel himself was recovering from a stroke. And yet, in this year when everything seemed to be stacked against him, he nevertheless produced two operas, a pasticcio and an oratorio. Today’s recital by Randall Scotting, with Marie van Rhijn on the harpsichord, brought some of these works to life; and it was thoroughly enjoyable from start to finish.

Let’s run quickly through the programme. We kicked things off with a rather fiery aria from Faramondo, sung by the character of Gernando: Nella terra in Ciel. This was followed by a gentler piece, Che posso dir, o cara from the pasticcio Alessandro Severo: an opera I don’t know at all yet; but I want to, because I found this aria exquisitely beautiful. Next up, for some light relief, we had a rather scurrilous piece from The Dragon of Wantley, composed by John Lampe, which I’ll come back to in a moment. More elevated realms followed, thanks to the splendours of Xerxes. Scotting began, as I suppose one must, with Ombra mai fù, that deceptively simple aria. The opening is a killer and although Scotting may have had a split second of uneasiness at the start, he afterwards delivered one of the most beautiful renditions of the aria that I’ve heard so far. (He graciously repeated it at the end, as he had no encore prepared, and it was even more sublime second time round.) Two of Arsamene’s arias followed: the showy Sì, la voglio e la otterò (in which Arsamene gets the chance to rival his brother’s flashy arias) and the gentler Meglio in voi. Next was another of Gernando’s dramatic arias from Faramondo, this time Voglio che mora, si, and, last of all, a piece of melting beauty from Saul: David’s aria O Lord whose mercies numberless.

So: The Dragon. The deliciously subversive Oh hoh Master Moore was an aria written for the dragon himself, sung in the original performance by a bass (Scotting, of course, sang it in his own range but charmingly explained afterwards that he had been trying to sing it with a ‘bass quality’). The music was intended to satirise the flamboyance of Italian opera, complete with a rapid sweeping scale of coloratura at the end. The lyrics are, however, somewhat more robust than you’d find in Handel, namely: ‘Oh hoh Master Moore / You son of a whore / I wish I had known your tricks before‘. (Metastasio, one imagines, wasn’t troubled by sleepless nights.) But The Dragon enjoyed such a huge success: Scotting explained that it ran for 69 performances and was packed out every day. The longest run any Italian opera ever achieved in London was 23 performances; and, to draw a direct comparison, Handel managed eight performances of Faramondo and six of Alessandro Severo. It doesn’t say much for our national taste, I admit. But it was great fun to hear an excerpt of The Dragon today; and I’m only sorry that I won’t be in London in early April, when a complete performance will be taking place; it’ll clearly be quite an event. 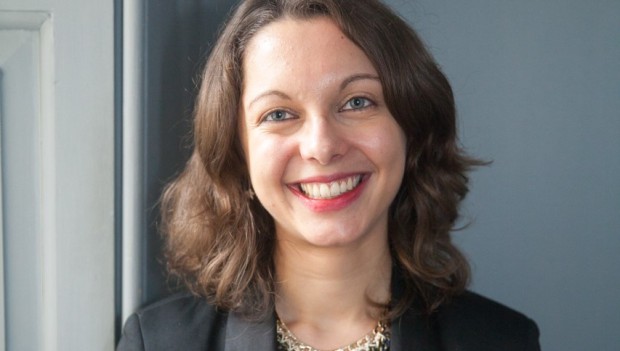 I know very little about harpsichords, but even I could see that Marie van Rhijn played with poise, crispness and grace. Her skill was most evident during her rendition of an improvised harp solo at the end of O Lord whose mercies numberless. I think everyone in the room was startled by the change in the sound of the instrument, which with the help of a little felt damper suddenly took on the deeper, fuller sound of a true harp (I had no idea that 18th-century harpsichords had so many options). However, the more challenging job must have been keeping up with some of the formidable flurries of notes in the arias, which she did with aplomb. I feel on slightly firmer ground talking about the singing. Being a newbie, I hadn’t come across Scotting before and wasn’t sure what to expect; but Nella terra in Ciel displayed a richly textured, full voice with a somehow buttery quality, and a brief flash of more powerful high notes at the end.

But, actually, crazy high notes actually weren’t necessary to enthral me today. As Che posso dir began, I found myself riveted. Part of the reason for this was Scotting’s gorgeous low notes – and more on those anon – but I was also caught by his grasp of the aria’s emotion. He sang lightly and clearly, but with heart-rending feeling; and to my slight embarrassment I felt myself getting misty-eyed. The same was true in Arsamene’s Meglio in voi, where there were some fine sustained notes; and O Lord whose mercies numberless, which was equally beautiful with a forceful final note. I was interested to hear Scotting say at the end that he loves singing the more contemplative, gentler arias, because it’s here that he feels Handel’s genius truly lies. And you can tell: he shone in these tender, introspective pieces. Not only that, but many of them allowed him to show off an incredibly strong lower range. From what I’ve heard so far (and I’m far from expert), it seems to be rare for a countertenor to have a rock-solid foundation to the voice like this. Most singers, when they get this low, seem to be teetering on the edge of cracking and going down into chest voice, but Scotting gave us sumptuously strong, velvety low contralto notes which gave me goosebumps. I’d love to hear him do Alto Giove one day; I’m sure it would be almost unbearably beautiful.

And it wasn’t just the music that made the recital so fun. Scotting started off with a brief introduction to Handel’s situation at the time, and then took the time before or after each aria to put it in context. For example, after Ombra mai fù he told us the story about Handel having borrowed much of this famous aria from Bononcini’s setting (he didn’t add that Bononcini’s aria was itself taken from a libretto originally set by Cavalli). In a rather nice touch, van Rhijn played Bononcini’s version on the harpsichord so that we could directly compare; Scotting apologised for not singing, but explained that it was set a little too high for him. Again this caught my attention, because it emphasises the variety in voices. (Since coming home this afternoon I’ve noticed that Scotting chose to sing Gernando’s arias from Faramondo, written for a contralto, as opposed to the dizzying arias written for Caffarelli as primo uomo.*) His readiness to explain gave the recital a personal touch which I absolutely loved. Of course grand concerts are wonderful too in their own way, but in an intimate setting like the Rehearsal Room at Handel House, it felt appropriate to have something a bit more discursive and informal. Warm and engaging, with a taste for a good story, Scotting was an excellent guide.**

For those who’d like to see him for themselves, he’ll be at Handel House again on 14 May with a concert intriguingly titled The Thief, the Priest and the Lover, with music by Ruggieri and Vivaldi. To my immense annoyance I can’t make it, because real life is getting in the way; but it will be worth your time, I assure you. If anyone does go, please do come and tell me about it; likewise The Dragon of Wantley, which I’m also going to have to miss. For a taster, his ensemble Ballo Baroque have uploaded him singing Son sventurato from Ristori’s Adriano in Siria on YouTube. As for me, for now, I’ll just have to loiter around Scotting’s website (where you can also listen to his recordings of arias by various composers) and keep my fingers crossed that he gets some more London dates in his schedule soon.

* To see the difference in pitch, one just has to listen to arias from the recording of Faramondo. Here, Gernando is sung by Xavier Sabata, making characterful and ample use of his lower range. Compare his Voglio che mora to that of Faramondo’s Voglio che sia l’indegno, which Max Cencic blitzes with even more stratospheric dazzle than usual.

** There was just one tiny glitch in the introductions: Ombra mai fù is, of course, not an aria sung by Arsamene but by the brat-prince Xerxes himself. But I’ll overlook that, since Scotting sang it so beautifully.

The rehearsal room at Handel House