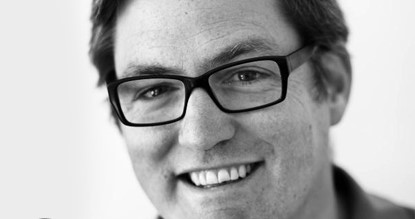 It’s been over two years since I read Winter Pilgrims, the first book in Toby Clements’s Kingmaker series. I always meant to continue with the story, but what with one thing and another I only got round to borrowing the second book from the library the other day. After such a long gap it took a while to catch up with the plot and characters but, once I’d found my bearings, I discovered that Clements’s sequel has the same brutal honesty as his first. Eschewing grand speeches and noble solars, this novel plunges the reader deep into the experiences of ordinary men among the grit and misery of the Wars of the Roses.

It is a year and a half since the Battle of Towton, the bloodiest engagement ever fought on English soil, and Katherine’s life has changed almost beyond belief. Taking on the persona of the dead Lady Margaret Cornford, she has become the wife of Richard Fakenham, the son of the lord in whose company she formerly served in the guise of the boy-physician Kit. They have moved to Margaret’s ancestral castle at Cornford, but it – like Richard – is not what it used to be. Left to lie fallow during the Wars, stripped of its young men and exploited by its rapacious reeve Eelby, Cornford is not the sanctuary for which Katherine had hoped. While her blinded husband struggles to keep up his spirits, Katherine must try to restore the estate as best she can, but in doing so she makes an enemy of Eelby. And, when she uses her surgeon’s skills in a misguided attempt to help his wife in childbirth, it is Eelby who sees that she is hunted down for her efforts – hunted, arraigned, and sent in ignominy to await her trial at the prior of St Mary’s in Haveringham, the very same convent from which Katherine fled as an apostate two years earlier.

Meanwhile, on his brother’s farm Thomas Everingham is living the shadow of a life. All his family know is that he vanished from his monastery two years before and has now turned up on their doorstep, muscled like an archer but rendered daft by a vicious blow to the side of the head. Silent and forgetful, he sinks inevitably into the role of family idiot, abused by his sister-in-law and mocked by his two nephews. Thomas may have forgotten. But the war still rages out beyond the confines of the farm and, when a troop of soldiers arrive one day threatening their peace, Thomas finds that his body remembers, even if his mind does not. A few swift arrows take care of the intruders, but result in family tragedy. In the wake of the encounter, Thomas has no choice but to leave – his mind slowly piecing itself together and struggling to fill the yawning gaps in his past. Unable to remember what he’s been doing and where he’s been for the past two years, he decides instead to travel to the one place he does recall, to seek help: the monastery at Haveringham.

And so, by the grace of Fate, our two protagonists find one another once again. But in the cruel world beyond the abbey walls, the war makes the land unsafe for a man without masters. Their only skills are Katherine’s medical knowledge and Thomas’s strong bow-arm: they must join a company, or starve. The only trump in their keeping is the mysterious ledger they were given by an old pardoner in the first book and, when they finally deduce its significance, they decide it must be given to the King. But which King? And how to reach him? And so Thomas and Katherine once more set out upon a road which will lead them back to blood, privation and battle, and bring them again within range of their mutual enemy, the ferocious knight Sir Giles Riven.

As in the first book, Clements writes vividly and evocatively. Like Hilary Mantel in her Cromwell novels, he writes in the present tense which adds to the immediacy of the story, especially in the midst of combat, and he has a gift for the earthy saltiness of soldiers’ dialogue. It is, again, a welcome corrective to the courtly scheming of other novels about this period. Here you feel the mud beneath your feet, the pain of your muscles from firing a bow, and the primitive goriness of field surgery.

For all that, Broken Faith didn’t feel quite as impressive as Winter Pilgrims. I think this is mainly because it feels very much like a ‘middle’ book. We are dropped into a situation which (if you read the first book a while ago) is rather bewildering and it might have been helpful if the preface had reminded us of the fates of the characters as well as the history itself. The narrative is largely made up of travelling back and forth across country without necessarily achieving anything – perhaps deliberately, as I imagine that’s what many exhausted soldiers must have felt about the war – and the ending is somewhat abrupt.

I do want to continue to the next book, Divided Souls, but I don’t feel quite the sense of engagement and eagerness that I felt after the first novel. Still, as I said, that’s probably due to the difficulties of pulling off a middle book in a series. I’m not sure whether Kingmaker is supposed to be a trilogy or whether Clements plans for a longer series – the Wars of the Roses would certainly allow for several more books if he wished – but I look forward to following on and finding out how Katherine and Thomas cope in their rapidly changing world.