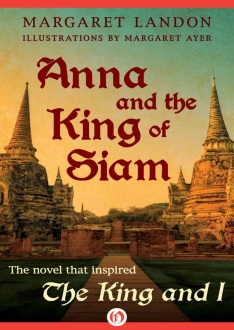 This wonderful little book is a reissued classic first published in 1944, which tells a story made famous by the Rogers & Hammerstein musical The King and I. Having neither heard nor seen that musical, I had no real idea of what to expect from this novel. My vague notions that I’d picked up here and there turned out to be completely mistaken and perhaps the result of confusing The King and I with The Sound of Music (musical governesses, you see). This book is not a love story at all, but something far more interesting: the tale of a confrontation between two worlds, two belief systems and two indomitable personalities. Based on Anna Leonowens’s own letters and other documents, it lures the reader into the exotic world of mid-19th-century Siam.

Landon’s book posits itself as more of a fictionalised biography than a fiction, but it’s nevertheless told with novelistic verve. As it opens, we find ourselves on a steamer approaching the coast of Siam, along with the widowed Anna Leonowens. She is no stranger to hot climes: she arrived in India to join her mother and stepfather while still a teenager, and later travelled in Egypt before returning to India to marry an officer in the British army. A gifted linguist, she has learned to speak Malay, Hindustani and Persian, and to read Sanskrit. Her life is rich in meaning if not in possessions, and yet with the loss of her husband in her early twenties, she takes a decision which many of her friends consider mad. She accepts an offer of employment from the King of Siam, who wishes to engage her as governess to his children. Sending her daughter Avis off to school in England, Anna embarks with her son Louis for this unknown country, determined to make the best of the situation.

But Anna will find herself tested to the utmost. She is entirely unprepared for Siamese etiquette, which seems shockingly offhand to a Westerner, and alarmed by an apparently frosty welcome. Before she even meets her employer the King, she must negotiate a relationship with the Kralahome, his prime minister, and with the ladies of the Kralahome’s household. If Anna is bewildered by the customs in this house, her alarm only increases when she finally reaches the palace. Surrounded by rituals of prostration, widespread terror of the king’s disfavour, and an entire city full of palace women, Anna finds herself at the heart of a deeply autocratic monarchy.

At the very centre is the King himself, Anna’s employer, Mongkut. I’m not sure what I’d been expecting but, from the photos I’ve seen of the musical, I thought he was going to be an irascible but generally rather jolly man. (I think this is entirely wrong even as regards the musical, but then I’ve only ever seen pictures of the dance number from the film.) The novel presents a rather different picture: a man governed by strong but fleeting passions; an impatient, impulsive tyrant; a man who, if we choose to be more understanding, is stranded in the position he’s chosen which straddles tradition and modernity. Landon follows what I presume is Anna’s own interpretation of the facts, presenting Anna as the voice of reason and fairness against the almost childish impetuosity of the King. Such a comparison, which also sets up ‘rational’ Christianity against implicitly ‘irrational’ Eastern beliefs, can feel slightly uncomfortable for the modern reader. There’s a ‘white saviour’ element here, although one must remember that this novel was written in the 1940s and its source material dates from the 1870s.

Acknowledging that these issues are present doesn’t prevent me from feeling that the book is terrifically lively and enjoyable, full of seraglio intrigues and rich descriptions of Siamese life which create a beguiling picture. As she gradually comes to understand the language and culture of her new home, Anna begins to build friendships among the ladies and children of Mongkut’s court and also a relationship of mutual respect with the King himself. In all that she does, she tries to keep her Western principles and to help, educate and persuade her charges to a more egalitarian way of thinking, especially in the matter of slavery. As a culture-clash novel, it’s superb and full of vivid episodes. The e-book version I’ve read includes wonderful ink sketches which emphasise the incongruity of this crinolined lady adrift in such an exotic world.

Since I knew nothing about Anna Leonowens before starting the novel, I was interested to read about the controversies that have come to light in recent years. Some of Mongkut’s family, including his son Chulalongkorn, later remonstrated with her about her depiction of the court and, in particular, the representation of the King as a temperamental and violent tyrant. There is no doubt that Anna’s depiction is underlaid by strong biases, not just in the matter of her Christianity as I mentioned earlier, but also through her beliefs in feminism and the abolition of slavery. While these are obviously beliefs that I share, they do mean that we’re not being given a completely honest picture of life in Siam, but instead one that is informed by a desire to draw sharp juxtapositions on these subjects. Apparently Anna’s elaborations extended to her own life: Wikipedia, the source of all knowledge, tells me that she was not Welsh but Anglo-Indian, and that she actually may not have gone to Egypt at all, but just listened to stories about it. It seems we have to take her story with a pinch of salt, seeing it as a tale already polished up to attract Western readers with its foreign glamour.

I genuinely didn’t know whether or not I was going to enjoy this. I’ve never been to Thailand and have no knowledge of Thai or Siamese history: there was no existing ‘hook’ for me to hang this story on. It could have been terribly anticlimactic. But instead I really enjoyed it. Yes, one has to bear in mind that it’s dated in its depiction of foreign cultures being inferior to the West, but it is still a remarkable tale of a courageous woman, travelling bravely into the furthest reaches of her world. Landon’s pacy narrative is probably far more readable than Leonowens’s original books, which I understand are weighed down by extensive discussion of etiquette and society, and it’s one to seek out for a dash of exoticism at this tail end of the summer. Read it, enjoy it, but bear in mind that like so much ‘history’ it may not really tell us the truth. Follow it up with a trip to Wikipedia to find out a bit more about critical reactions to the novel and the film, and perhaps balance it out with this history book – which itself, in its eagerness to debunk, may risk propounding its own weighted agenda.

Say what you like about Anna Leonowens: her story is still provoking discussion today. This may not be the most up-to-date way to come across this fascinating story, but it must surely be one of the most colourful and engaging. Perhaps my next stop will be to seek out the musical, or perhaps the film of 1999 with Jodie Foster and Chow Yun-Fat. What would you recommend? 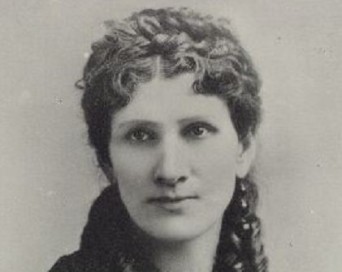 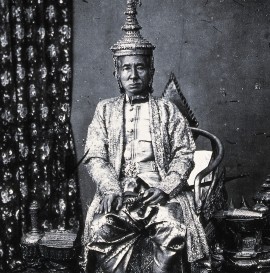