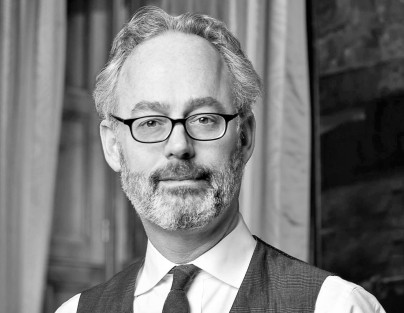 Teetering on the brink of December, it’s rather late in the day to have a new contender for Book of the Year. However, Amor Towles’s new novel has not only come knocking, but has politely removed its shoes, presented a hostess gift and installed itself on the sofa with an engaging smile. I confess: I’m enchanted.

This is the story of the elegant Count Alexander Rostov who, in 1922 at the age of 33, is brought before a Bolshevik tribunal in Moscow. Condemned on the grounds of being an unrepentant aristocrat, he is saved from the firing squad by virtue of a youthful poem whose sentiments chime with the revolutionary desire for change. Instead of death, he is condemned to lifelong house arrest in his current place of residence: the Metropol Hotel. Removed from his suite and banished to a tiny room in the attics, the Count finds that his material circumstances have been much reduced, but he’s a philosopher at heart and faces his change in fortunes with one resolve: to master his life before his life masters him. And thus we see this wise, gracious gentleman learning to cut his cloth to its new measure. He turns his eyes away from the lilacs in the Alexander Gardens, forgets the glamour of his accustomed seat at the Bolshoi and learns to do without the delicate pastries of Filippov’s. Instead he finds a new subject for his examination: mankind.

As the Count adjusts to his new existence, he finds a tutor in an unexpected place. A nine-year-old girl with a penchant for yellow reminds him of the mystery and adventure to be found in even the most mundane places. As Nina’s willing pupil, the Count discovers the hidden nooks and crannies of this marvellous building which has become, not his prison, but his world. For how can one call something a prison when every aspect of life comes sooner or later within its remit? And so, as the Count discovers the basements and the cloakrooms, the sorting room, the boiler room and the secret store of old-world silver, he also discovers new worlds among his fellow men. And, of course, within himself. I know what you’re thinking. This is one of those sugary tales of a man finding himself, isn’t it? Well… no. Towles is excellent at pathos, but never stumbles into bathos. The story is leavened by moments of absurdity and shot through with quiet heartbreak, like a perfectly pitched symphony. He’s thoughtful but never sentimental; heartwarming but never sickly; and bittersweet but never bitter.

The difficulty is that one can’t explain why something is beautiful. If you asked me to explain why a painting or an aria or a poem was beautiful, I couldn’t do it. All I can say is that it is. And it’s the same here. Like any fine artwork, the story is perfectly balanced, and both reflects and transcends its time. We may not step outside the Metropol but, like the Count, we can watch the vagaries of Fortune as they blow in through the revolving doors, and study the metamorphosis of Bolshevism. Despite its weighty underlying themes, the story itself is designed with such care that it seems to sparkle, suspended, with an air of sprezzatura. Towles has an absolutely delicious way of putting things. Here, for example, is the Count fantasising about the fate of a passage from one of Chekov’s letters, which his friend Mishka is asked to excise from his collected edition on political grounds:

The offending passage, hearing of its pending fate, could have climbed out a window and escaped down an alley never to be heard from again – that is, until it reappeared ten years later on the arm of a French countess, wearing a pince-nez and the Légion d’honneur.

It’s ridiculous, but also rather glorious. And another example of Towles’s so-subtle craft: only now, having read the book cover-to-cover twice, have I realised his chapter titles are formed only of words beginning with the letter A. Yet perfection alone isn’t enough: art can be perfect and cold. This book isn’t cold: it’s full of humanity and warmth, and enlivened by an almost innocent sense of wonder. The Count is a deeply educated man: he loves books, music, fine wines and good food, intelligent conversation and cosmopolitan companions. But, through the guidance of Nina, and his study of those around him at the Metropol, he begins to see that a man makes his own prison or his own freedom. He, like Hamlet, learns that infinite space can exist within a nutshell if we only dream it so; and, like Blake, that the world can be found in a grain of sand. It is a matter of having the right attitude, and learning to take all the opportunities Fate offers us.

I feel privileged to have spent this time in the company of Count Rostov – or, as I feel I almost have the right to call him, Sasha. This novel is joining the select ranks of my comfort books, and I’ll certainly be reading it again. In the meantime, all I can do is recommend it heartily to you as perfect material for a winter’s night curled in a blanket against the bitter cold outside. At the end of a year in which sincerity, tolerance and compassion have been in short supply, I’m delighted to discover that here these virtues become the very touchstones which enable a remarkable protagonist to weather the perils of a changing world. Let’s hope they do the same for us.

P.S. And yes, the Metropol really does have a dining hall with a glass ceiling and a fountain!