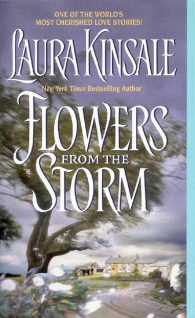 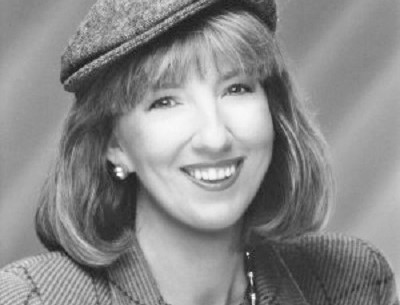 Heloise recommended this after I’d read and enjoyed The King’s Pleasure, as a fine example of historical worldbuilding within a historical romance, and she was right. I tend not to read historical romance, but thought I’d give this a go and, while it hasn’t really changed my feelings about the genre, it certainly was a perfectly diverting read for the Christmas holidays.

Christian, Duke of Jervaulx, is a rake of the first order. We first meet him luxuriating in bed with his newly-married mistress, whose husband hasn’t been around enough to account for the child she’s carrying. And yet, despite this scandalous reputation, the Duke has a lesser-known side. He is a brilliant mathematician and, through a correspondence with the blind scholar Timms, has compiled a proof which opens up a world of geometry beyond the theories of Euclid. After the presentation of their proof at the Analytical Society, Jervaulx invites his colleague to dinner, along with Timms’s prim daughter and amanuensis, Maddy. For a moment, the world is perfect. Jervaulx makes great plans for the continuation of their research but, when he is felled by a stroke the following day, it looks as though all his ideas will come to naught.

Maddy Timms dislikes her father’s worldly collaborator. As a Quaker, she is devoted to the simplicity of a plain life and she’s affronted by Jervaulx’s wealth and dissolution. When their mathematical plans falter on news of the Duke’s supposed death, she decides to help her father some other way. She takes work in her uncle’s private asylum as a nurse and helpmeet. Here, among the most violent and unbiddable patients, she unexpectedly finds Jervaulx again. Chained and brutalised, with his communication stilted by his stroke, he seems to be more beast than man; but she swiftly comes to understand that his intelligence is unimpaired. All he requires is gentleness, patience and encouragement, at a time when all his friends and family have given him up for lost. And so, much against her better judgement, Maddy decides to devote herself to the wellbeing of this miserable man, with whom she feels a vagrant flicker of fellow-feeling.

To tell you more would risk spoilers, but it’s not vastly difficult to imagine how things might pan out. This predictability hasn’t stopped whole armies of readers from falling in love with this book, which (according to my copy) has frequently been chosen as one of the greatest love stories of all time. And, no doubt, the characters exercise a formidable appeal. Jervaulx is the classic romantic hero: handsome with an undercurrent of danger; popularly accounted a rake, but with a serious scholarly side just waiting to be understood; tormented and in need of a good woman to heal him. From the very first description, the author is smiling sidelong at her readers, nudging them, stoking the flutters in maidenly breasts:

His eyes were dusky blue, his nose straight and strong, his clothing perfectly-tailored and his bearing well-bred; and somehow, in spite of this polished veneer, he managed very well to resemble a complete and utter pirate.

I tested the effect of this by reading it out to my parents in a breathless voice, which earned me some stern looks and the implied question of whether I shouldn’t actually be doing something improving, like work. Nevertheless. Although I found it all slightly florid, I did appreciate Kinsale’s creation of a vivid early 19th-century world. The problems of inheritance and succession, along with the expectations of the smart set, and the challenges of operating in such a world with even a minor disability, are all dealt with thoughtfully. She also taught me a lot about how the Quakers lived at this time, and the firm faith needed to endure in a world which was so divorced from their own beliefs of simplicity and mutual aid. But of course, all of this is enlivened by plenty of brooding desire, bodice ripping and passionate clinches.

I imagine this probably is a fine example of its genre, but it’s a genre that unfortunately doesn’t really grab me personally. Obviously it checked all the boxes for the kind of tormented hero who normally wins my heart, but its style just wasn’t quite my cup of tea – and for that I have to say sorry to Heloise. I couldn’t love it as much as she does, and I know how disappointing it is to recommend a favourite book to a friend and then see them fail to grasp why it’s so wonderful.

For those who do like a good bit of romance, however, this will probably be right up your street. I just think I prefer the focus to be more on the intrigue and the action and less on the romance itself.

Certain editions of Kinsale’s novels seem to have covers of a predictable stripe, i.e. a rugged dark-haired man in a billowing shirt which has accidentally fallen off his shoulder, embracing a half-willing beauty in a state of dishabille. As my edition shows an inoffensive landscape scene, I didn’t want you to feel short-changed, so see below for a selection of different editions. 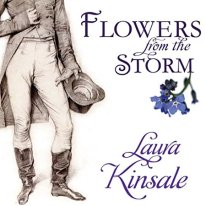 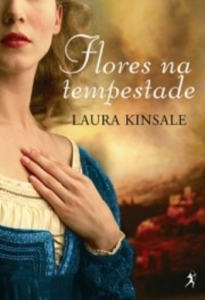 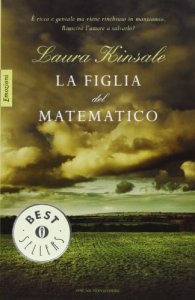 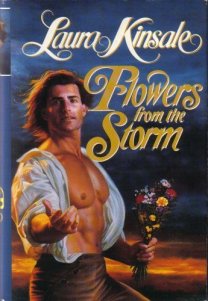 One thought on “Flowers from the Storm (1992): Laura Kinsale”