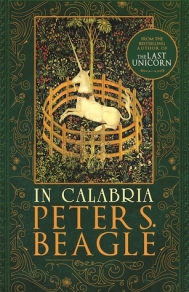 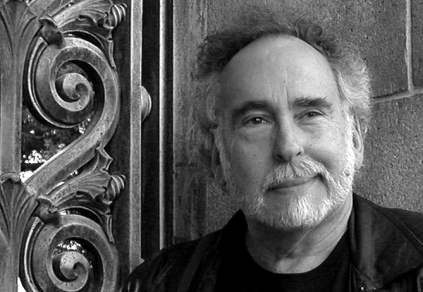 This charming little fable is a tale of what can happen when the miraculous imposes on the ordinary. It tells the story of the cantankerous Calabrian farmer Claudio Bianchi, who lives alone on a remote farm with his half-wild cats, his dog Garibaldi, his cows and his goat Cherubino. He shuns company and can go weeks at a time without seeing anyone but the cheery young postman Romano. All he wants is peace and quiet, to till his earth and write his poetry. But then, one day, he sees a unicorn in his vineyard.

Although the unicorn is very real to Bianchi, its function in the story also seems to be allegorical. For Bianchi, who grows to care for it, it represents the wondrous in a life that has grown sad and stale. It brings him clarity of thought, clarity of perception and a rush of vivid inspiration. Its presence reaches down towards his heart, through the layers of a soul that has slowly been ossifying from the outside in, and awakens him to the possibility of changing his life, even now. It’s a startling thought. Perhaps, rather than falling into the twilight of his life, he still has the chance to make a new start?

Unfortunately, not everyone shares Bianchi’s reverent wonder. A unicorn is hot property and the world descends in force, determined to profit from it. As Bianchi’s humble little farm swarms with reporters, news helicopters and TV crews, he realises for the first time that he has the ability – no, the duty – to defend his precious visitors. But this becomes increasingly difficult as more sinister forces grow interested in the unicorn. How can a poor farmer defend himself, and all the things he has come to love, against the lethal power of the ‘Ndrangheta?

This quirky little story feels a bit like Il Postino with added unicorns, which can only be a good thing. When I began reading it, I thought it was the first work I’d read by Beagle, who’s most famous for his ‘fantasy classic’ The Last Unicorn. However, I was increasingly reminded of a short story I’d recently read at Tor.com, The Story of Kao Yu (which I’ll write about soon as one of my short story compilation posts). It turns out that this, in fact, is also by Beagle. He’s clearly fascinated by the idea of unicorns in various cultures and at various times, although his unicorns are more complex metaphors than the pretty, sparkly, simpering creatures of popular culture.

I wasn’t entirely convinced by the ending, and everyone seems admirably unfazed by the idea that unicorns are actually real (it wasn’t clear whether or not we were in a parallel reality) but, nevertheless, this 176-page story is a perfect palate-cleanser between longer books. If I were to read The Last Unicorn and some of Beagle’s other works, I daresay I’d get more sense of the context within which Bianchi’s story unfolds. For now, knowing nothing of the author’s world, I simply found this cosy and heartwarming: a spritz of Southern Italian sunshine for the soul.