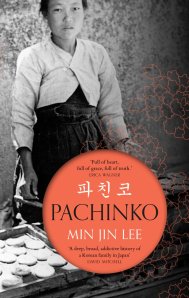 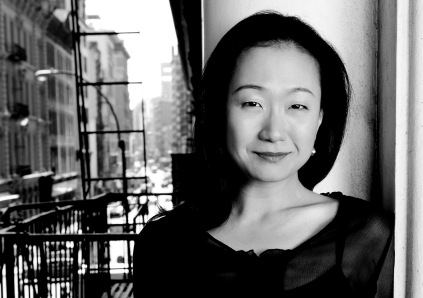 One of my plans for this year is to read books that take me beyond my comfort zone of European history and settings, whether that’s fiction based in other parts of the world, fantasy influenced by other cultures, or travel books and memoirs. I’m especially keen to learn more about Asia, thanks to my recent travels. Pachinko, which came up for review just before Christmas, is a good place to start. An ambitious historical novel, embracing almost the entire 20th century, it follows five generations of a hard-working Korean family and their efforts to earn security in their adopted country of Japan.

In Yeong-do in Busan, South Korea, a humble couple run a boardinghouse for fishermen and manual workers at the port. Hoonie is gentle and loving, but marked by his hare lip and twisted leg, while his wife Yanjin is a thrifty, practical hostess. Their daughter Sunja, their only surviving child, is the love of both their lives and, after Hoonie’s death, it falls to Yanjin to raise her daughter alone while also running a business. Sunja is not beautiful but her sturdiness and hard work hide a dreamer’s soul. Beguiled by the prosperous Koh Hanso, she becomes pregnant by him, only to learn that he has a wife and children in his adopted hometown of Osaka. Having fallen at the first hurdle, having shamed herself and her ancestors, and ruined every hope for her future, Sunja retreats into abject misery; but help comes from the most unexpected quarter. Their sickly guest, the Christian pastor Isak Baek, is on his way to minister in a church in Osaka and he offers to marry Sunja, shielding her shame with his name and raising her child as his own. Overwhelmed by such kindness, Sunja goes with him, exchanging her humble but clean village life for the more competitive, harsh and challenging existence in a foreign city, where Koreans are regarded as second-class citizens and life will be a constant battle for vindication.

I know precious little about 20th-century Japan and less about Korea, so this novel did much to help me understand the resentments between the two countries and the events which led first to the Korean War and then to the division of the country into North and South. It paints a sobering picture of institutionalised racism and the challenges faced by those who want to break free, whether for their own ambition or their family’s benefit. And it also tells a broader picture of attitudinal change during the 20th century, from the humble workers of the early decades, who knew their place within a rigid hierarchy and never dreamed of challenging it, to the ambitious postwar generation who sought to transcend all social barriers and make their own story.

Despite its broad canvas, however, the story is about people and in particular about a very specific group of people, who are defined through no fault of their own as outsiders, subject to suspicion from the native Japanese. Yet Lee constantly stresses how false such boundaries are: the younger characters in her story are born in Japan, educated in Japan, native speakers of Japanese and visually indistinguishable from the Japanese, yet they still find themselves up against punitive measures designed to humiliate and contain them due to their Korean heritage. We see two paths in the story: one, where characters seek to hide the guilty secret of their blood, and to build new lives for themselves as ‘legitimate’ Japanese; and one where characters accept the strictures placed on them by their adopted country and seek to succeed within the limits that have been made acceptable. And yet, if the tale is in one way about transcending one’s past, it’s also about how one is restricted by it. The lingering taint of genetic or moral problems can affect a family for generations, and many of the characters are tainted by aspects of their past or their family’s past, in a way that seems rather harsh to an ignorant Westerner.

Stylistically, the book is curiously austere. This isn’t a story where we can easily lose ourselves in the mind and thoughts of a character: on the contrary, we see the story from many different perspectives, and each chapter typically advances the story by a year or two, so by its very structure it encourages a bird’s-eye view. It’s essentially a series of vignettes featuring the same people, focusing on details across the years in the same way that a minimalist Japanese room might be decorated by a single branch of cherry blossom, or a simple lacquered vase. That’s not to say that one can’t engage and empathise with the characters, but there is something strangely arm’s-length about the style – I can’t quite put my finger on it – perhaps because we’re often told things, rather than shown them. It’s a tidy, detached style of writing, rather like the Japanese novels I’ve read in translation, which present their stories in the same kind of matter-of-fact style. In this case, considering the historical sweep of the story, it works.

Don’t be put off, as I nearly was, by the description of this book as a ‘family saga’, which conjures up images of Dynasty. It packs a powerful punch while still being very engaging and well-written. This is a powerful tale of resilience, oppression – whether of Koreans by Japanese, women by men, or Christians by other faiths – and the sacrifices we make to ensure our children have better lives. Yet it’s also instructive as a fictional introduction to the invasion of Korean by Japan, the resulting Korean diaspora, the social tensions that arose from this, and the vacuum of authority in Korea after the Japanese withdrawal that led to the war and the miserable division we see in the Korean peninsula today. Its primary legacy, for me, has been to highlight how shamefully little I know of the lives of people from this region of the world in the 20th century, and it has done much to give me a clearer idea of the relationship between Korea, Japan, China and the wider world.