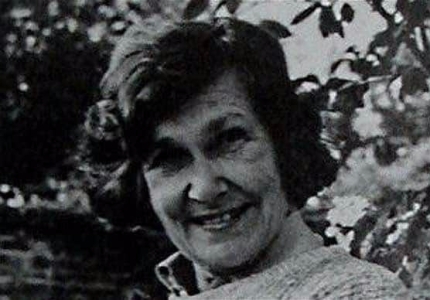 Like the Chevalier d’Eon, the Ladies of Llangollen came my way thanks to a work project. When trying to find an introduction to their lives, I judged that Elizabeth Mavor’s book seemed the best option, despite now coming across as slightly dated (it was published in 1971). Yet, for all that, it presents a thorough and sensitive discussion of these two remarkable women, who created an idyllic lifestyle together on their own terms and in defiance of social convention. Drawing on the Ladies’ own journals and correspondence, along with the letters of their immediate circle, newspaper reports and other documents, Mavor’s book isn’t just the sound introduction I was looking for, but an admirably unbiased and scrupulously fair double biography.

The elopement was an immediate scandal. On the night of 30 March 1778, Sarah Ponsonby – then aged 23 – climbed from the window of her guardians’ house near Inistioge, County Kilkenny, dressed as a man and carrying a pistol and her pet dog. In a nearby barn, her dear friend Eleanor Butler – aged 39 – was waiting for her, having likewise escaped from her family at Kilkenny Castle. The two women were tracked down by their panicking relatives two days later at Waterford, on the brink of boarding the ferry to England. Swept back home in disgrace, Sarah promptly fell desperately ill, while Eleanor was threatened (not for the first time) with dispatch to a French convent. As the locality buzzed with rumours, the two friends were driven by desperation to another madcap act, and Eleanor managed to evade her family once again in order to join Sarah at her guardians’ house. After ignoring all appeals of propriety and ‘reason’, the two women announced that they were determined to go away and make a life together. By early May, their exhausted families had accepted this decision and, in early May, they once again travelled to Waterford and thence to Wales. An initial tour of the country led them to the pleasant vale at Llangollen in northern Wales, where they rented a cottage which would remain their home – and bring them increasing notoreity – for the next six decades.

The Ladies are famous nowadays for slightly different reasons than they were celebrated at the time. Contemporaries admired their quaint, rural, romantic way of life and their decision to turn their backs on the world in order to enjoy a life of country retirement. This tied in with the increasing nostalgia for bucolic simplicity that spread like wildfire through increasingly industrialised Britain. The Ladies transformed their cottage into a dream hideaway, complete with a library and extensive garden. They spent their days walking, reading, discussing poetry, writing letters and planning improvements to their home. For early 19th-century observers, their way of life was enviable. Prints of their house and garden were in demand throughout society, and even Queen Charlotte requested a plan of their homestead. At the time, therefore, they were seen to have achieved the seclusion from society that everyone claimed to desire (with varying degrees of sincerity).

Even at the time, however, there were other murmurs about the Ladies, spread by those who found it hard to accept that theirs was the pure romantic friendship it claimed to be. Nowadays, of course, they are hailed as groundbreaking pioneers of lesbian living but, as Mavor explains, we may risk muddying the issue by seeing it in such a light. She writes at length, and with great sensitivity, about the traditions of romantic friendship that had grown up in the 18th century, and how the sentimental language of that time can easily be misconstrued by modern eyes as admissions of something much more explicit than it actually was. In fact, she suggests that the idea of romantic attachment was originally something that was expected to exist between close female friends – it was only later in the 19th century that men were expected to think in similar terms of women. Is this true, I wonder? Can someone better versed in this period tell me? It would be interesting if so. As Mavor explains, the Ladies’ relationship was effectively what we’d regard as a marriage nowadays and they even shared a bed, although of course that doesn’t necessarily mean there was a physical aspect to their relationship.

I was struck, just as I was during my work on the Chevalier d’Eon, by the fact that our self-proclaimed age of tolerance doesn’t seem to have the vocabulary to deal with the experiences of these people. In the Chevalier’s case, we find it hard to think of gender as divorced from sexuality; in that of the Ladies, we find it very hard to believe that a long-term relationship of this sort can exist without a sexual component. I myself have had trouble getting my head around these questions, which is why I was particularly struck by the historically sympathetic way that Mavor deals with it, allowing the Ladies to speak for themselves through judicious quotes from their own writing.

Something else that Mavor records, which often seems to slip under the radar, is how impecunious the Ladies were. For all their ambitious plans for the cottage, they were chronically short of money and, throughout the book, we see them writing frantically to Ireland, to beg money from unsympathetic family members, or to Parliament claiming the right to have pensions on the Civil List. Somehow, amazingly, they managed to muddle through and to transform their home into the miniature retreat which so captivated their contemporaries. But it didn’t come without a struggle. It’s at moments of stress like this that the two women leap off the page with greatest clarity: small, energetic, determined and forthright Eleanor; and taller, softer, gentler Sarah, ever the peacemaker and the practical one. We witness their squabbles with neighbours, their changing attitude to visitors as their fame grows, and their enduring, deep affection for one another. As the book progresses, you almost get to know them and you can really see how much Mavor has steeped herself in their world and lives. It must have been a wrench for her to finish the project and say goodbye to them at the end of the book.

I really don’t know which other books have been published on the Ladies of Llangollen, although I’m sure that modern gender studies have given rise to a vast number of academic publications. If you’re looking for somewhere to begin, I would say this is a good place. Mavor never jumps to conclusions and her book treats the Ladies with dignity and discretion, without attempting to hide anything. She includes a selection of black-and-white plates, including the few prints and watercolours that enable us to see the Ladies face to face and the book is full of so many little tidbits of information that I’d have to read it again to appreciate all of them. I think it might do very well for those interested more generally in tangential themes: the idea of romantic friendship at this time; the crucial role of correspondence networks in creating fashions and spreading news and rumours; the development of ‘romantic’ taste; the growth of celebrity culture; or late Georgian trends in architecture and gardening. Like Kates’s book on the Chevalier, it is thorough and blissfully sane, laying out the evidence and leaving the reader to interpret it. For those keen to read more of the Ladies’ own words, Mavor has also edited and published their journals so that you can follow their daily lives in greater detail.

Embarrassingly, it was only towards the end of the book that I realised their Plas Newydd (the cottage) isn’t the Plas Newydd I’d been thinking of (a National Trust house which turns out to be on Angelsey). The cottage is now a museum run by Denbighshire Council and I’d love to go there one day. Has anyone been? Is it worth a visit?