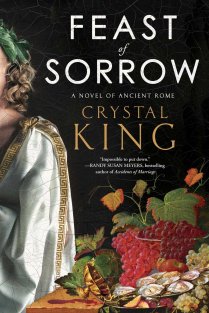 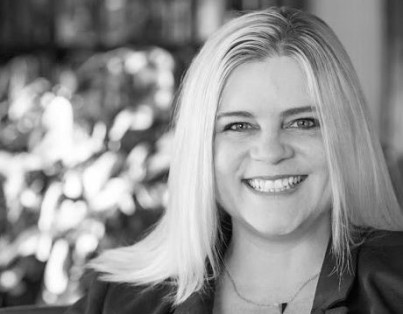 The young cook Thrasius is purchased for an exorbitant sum of money in 1 BC by the wealthy Roman epicure Marcus Gavius Apicius. It proves to be a match made in heaven. Although he’s only nineteen, Thrasius has already made a name for himself as the inventor of mouthwatering delicacies, and Apicius harbours designs to become gastronomic adviser to Caesar himself. Together, master and slave embark on a quest to create the most dazzling and most delicious banquets that Rome has ever seen. It’s a collaboration that will enter history, making Apicius’ meals a byword for luxury, producing the world’s earliest surviving cookbook, and probably its first cookery school.

Based on scattered references in Pliny’s letters and other Roman writings, King has put together a tale of two men bound together in a common goal: to tickle Rome’s tastebuds. She begins each chapter with recipes adapted from Apicius’ On Cookery, and throughout the novel we’re treated to mouthwatering descriptions of Roman cuisine. It’s definitely not the book to read if you’re feeling hungry, although admittedly culinary tastes have changed in some respects over time. Many people nowadays would relish goose, duck, honey-cakes or suckling pig; I suspect fewer would feel brave enough to sample sow’s vulva, stuffed dormice or the notorious garum fish sauce.

At the heart of the novel lies the unequal relationship between Thrasius and Apicius. In one sense, of course, it’s unequal because Apicius is the master and Thrasius the slave: but there’s a more subtle balance in which Thrasius holds a great deal of power. He’s the one with the gift for cookery, with the imagination to conjure up these delicacies that charm Rome’s jaded palettes. Apicius needs him, desperately. As the heir to an immense fortune, with a passion for entertaining, Apicius is determined to be known as society’s leading host, and that means he needs the best servers, the best entertainers and, above all, the best chef. Thrasius is a precious commodity, and there are rivals out there who would pay good money to get their hands on him. Apicius’ rival, Publius Octavius, will stop at nothing to discredit Apicius and advance his own cause with the Imperial Family, while the Empress Livia is ready to sabotage Apicius’ rise for her own reasons.

Apicius has been warned, via an augury, that his success will come hand in hand with bad luck. However, his desire to be remembered – to burn the brightest trail across the sky and to leave Rome speaking of him forever – pushes him on to ever more extravagant extremes. From Baiae to Rome, his triclinium must become the talk of the town, and no expense must be spared. But ultimately his success, and that of his family, depends on more than the tantalising delights of Thrasius’ kitchen. We are in the final days of Augustus’ reign, with an heir yet to be decided. Everything is to play for in the lethal bear-pit of Roman politics. And Apicius must find some rising star with whom to associate himself, so that he can come closer to his goal of serving Caesar. It just so happens that one such man is his wife Aelia’s cousin, Sejanus – someone who will come to overshadow Apicius and his family in ways that he can’t even begin to imagine.

This is an appealing book, told in first person by Thrasius and conveying very well the family atmosphere of a Roman household, which included blood relations, slaves and other freed servants. It never quite achieves the emotional conviction which would make it absolutely irresistible to me, but nevertheless it’s a moving story of a man driven by ambition to pursue perfection. But at what cost is that perfection achieved? Now, I knew nothing about Apicius beforehand, beyond the fact his name is attached to the cookery book, and King does a great job of threading together the fragments of information that remain to us (as she explains in her author’s note). Plus, this is a thoroughly enjoyable introductory to Roman cookery, and King gives some suggestions of cookbooks to take the story further. As someone who’s always wanted to have a go at classical or medieval cookery, I might be tempted one day…

An epicure’s delight, this is recommended to anyone looking for an engaging read for the summer, packed with good food, romance and rivalry. A tasty glimpse of Roman decadence at its finest.