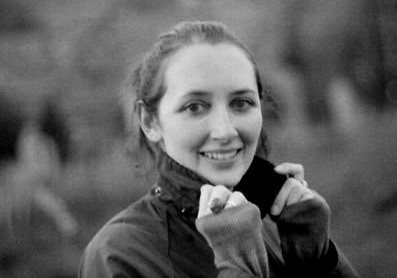 Paris is easy to love, isn’t it? Think of the sleek, chic boulevards and grand buildings; the art, department stores and pavement cafes… But this is only the side of the city that the tourists see. Over on the rive gauche, in a quiet apartment building, a group of mismatched inhabitants deal with another face of the world’s most romantic destination. In these rooms, jumbled cheek-by-jowl and yet rarely connecting, the inhabitants of number thirty-seven live their complicated parallel lives, negotiating the paths of grief, love, loneliness, failure and a growing sense of hatred. For this is a sweltering summer and tensions are rising, directed against a scapegoat ‘other’. In this, Fran Cooper’s debut novel has its finger firmly on the pulse of a world in which tolerance hangs by a fraying thread.

Edward comes to Paris to escape his grief at the death of his sister. When his university friend Emilie offers him her studio apartment as a getaway, he finds himself living up in the former servants’ quarters of number thirty seven. Here he believes he can begin to heal: marshalling his awkward French, he mooches around the local bars and dreams of finding a Parisian girl to take the pain away. Back at the apartments, he meets Emilie’s bohemian, well-travelled aunt Frédérique, who may be able to help him heal in another way, by sharing the weight of his pain at a lost loved one. For Frédérique herself, the arrival of this English boy provides a note of diversion, a distraction from the faded grandeur of her childhood home, from her quietly failing art bookshop on the ground floor, and her weary scrutiny of her neighbours.

For Anaïs, her apartment has become a draining prison of infant demands. With three young children and a husband who spends virtually all his spare time at Bible study groups, she grows ever closer to breaking point. Paul can’t understand why his pretty wife is drawing into herself – doesn’t he do everything he can for her? On the ground floor, in the gardienne’s residence, Monsieur and Madame Marin have found their own solution to a disappointing marriage: she becomes ever more extravagant, while he quietly fades into beige. Up above them, the Vincents congratulate themselves on having got it right: César, chief of the Residents’ Association, with his polished, sharp businessman’s swagger, and his fond wife Chantal, whose work as a librarian allows her to dream a little. Elsewhere in the building, the elderly Monsieur Lalande feeds the sparrows on his windowsill. And, across the courtyard, the embittered Isabelle Duval spends her evenings illuminated by the blue light of vicious right-wing websites, stoking the hatred in a city perilously close to the edge. All it takes is a spark to reveal people for who they truly are.

When I began reading the novel, I thought it was going to be a bit like one of Frederik Backman’s stories, focused on the members of one particular block and their inner lives. But, as I read more, it became clear that this isn’t that kind of ultimately heartwarming escapism. These Dividing Walls goes beyond the divisions inherent in architecture, to look at deeper divisions of tolerance, attitude and acceptance. It’s a book very much of its time, focusing in on questions that exercise us all at the moment. What makes us French (or British, for that matter)? Is it the colour of our skin; our religion; where we were born; or where we’ve chosen to make our home? How do we react when bigots hide their prejudices behind a cosy desire to ‘keep things as they’ve always been’? Do we spit venom at the nameless mob of migrants who, we’ve been assured, are stealing our jobs and plotting to kill us all? Or do we take time to get to know those around us for the people they are?

I’m asking loaded questions, of course. No one who’s read this blog for any length of time will be under any illusions what I think of all this. And it’s coincidental that I read this book on the same day as the One Day Without Us day of action, which highlights the vast contribution that migrants make to our society. Cooper’s own views are, implicitly, those you would expect to find expressed by a young, well-travelled, cultured Londoner. But she does try to give a voice to the other side of the equation – not a voice as nuanced and complex as those in favour of tolerance, it’s true, but the effort is there. She invites us to differentiate between various aspects of the new Far Right: between the skinhead Neo-Nazis who are out to destroy and maim, and the misguided ‘everymen’ who find in this increasingly multicultural world a way to explain their own failures, and who restore their faith in themselves by blaming it all on the nameless, dark-skinned ‘other’.

This book chimes with modern concerns and taps into the current conversation about nationality, immigration and the obligations of common decency. The thing is that, because Cooper is dealing with such a topical subject, she risks seeing world events run away with her. Things have already moved on a little since she wrote this novel, although not to the point of outdating it, but one wonders how the world stage will stand in May, by the time the book is published. Perhaps it doesn’t matter. It’s a novel, after all, and it’s as much about emotional resilience and healing as it is about intolerance – though, unsurprisingly, it’s the latter theme which resonates. Timely and thoughtful, it’s perhaps one of the first novels to reflect back the state of our current society. And, even in one of the most photogenic cities, it ain’t a pretty sight.

Naturally, on reading that Cooper works ‘in the curatorial department of a London museum’, I was inspired to do a bit of digging on Google, especially because her research falls within my area of focus. I was interested to see that she worked on the excellent show Beyond Caravaggio, which only highlights her versatility.

I received this book from the publisher via Netgalley, in exchange for a fair and honest review