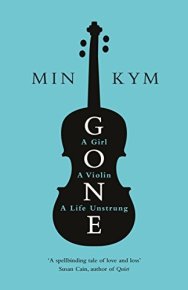 A Girl, a Violin, a Life Unstrung

As someone with no musical ability whatsoever, I’ve never quite understood the bond that musicians have with their instruments. Now, however, I’m a little closer to appreciating that blend of physical and emotional reliance, thanks to this extraordinary and frank memoir. You may not recognise Min Kym’s name, but you will have heard her story: she is the brilliant violinist whose Stradivarius was stolen at Euston Station in 2010. This beautifully-written book is overshadowed throughout by that theft hanging in the future, but it is also a thoughtful and very poignant exploration of what it means to be a child prodigy and a top-flight soloist – and the psychological cost to be paid.

Kym is the younger of two sisters, born in Korea to an engineer father who was posted to London when she was small. Sitting in on her sister’s piano lessons, Kym itched to have music lessons of her own and, when a slot came up for violin classes, she leapt at the chance. Her talent was immediately obvious and staggering. In the week before her first class, she taught herself to play simple tunes; in the first month, she’d shot through the first four Grades. By the age of six, she was an acknowledged talent; by eight, she had outgrown the abilities of the teachers at the Purcell Music School and was attending biweekly classes at the Royal College of Music. She was thoroughly committed to her craft: both technically superb and creatively inspired. Concerts followed; there were travels around the world; an increasingly distinguished roster of teachers and mentors; two CDs. This is the stuff of the artist’s biography in a concert programme: the facts.

There’s always the danger, with this sort of book, that the author’s brilliance becomes wearing: that the reader is put off either by a parade of dazzling arrogance, or by false modesty. Kym is guilty of neither. What makes this memoir so appealing (even for those who are blissfully ignorance of the mechanics of music) is the way that she focuses on the emotional toll such a life takes on a young and unformed personality. She speaks of the psychological strain of being responsible for her family relocating back to London from Korea, when her father’s work took him home (I was reminded of Sergei Polunin’s similar situation). She writes about the way that a young prodigy can be – consciously or not – exploited by those around her, who see her as a way to make their own names.

She dwells on the loneliness of being a child whose only real relationship is with her violin – a partnership that brings unimaginable joy and satisfaction, but one that leaves her on the outside of the standard teenage experience. Yet, to some degree, that’s compensated by the sheer rightness of playing. Her description of what it felt like to hold a violin, to play, is hugely evocative:

Everything about it seemed so easy, so natural … There was a normality to it that seemed completely familiar… I had found, not only my home and my voice, but my element. I could swim in this world. I could dive and soar. I could ride crests and float down streams, swim with or against any current. I felt like a creature released, alive in herself for the first time.

Kym is technically very advanced for her age, but emotionally rather naive, and she admits it. Her story offers a depressing series of examples in which the men around her (teachers, lovers etc.) try to ‘possess’ her, which is a sobering reflection of the intense bonds formed in the music industry. Indeed, there are points when I marvelled that she felt able to be so open about her relationships, as she certainly doesn’t use rose-tinted glasses. And she writes about the intense connection that she developed with her violin, the famous Stradivarius, made in 1696. By the time you reach the day of the theft itself, you understand the incredibly strong bond between Kym and her Strad: it probably isn’t too much of an exaggeration to say that it felt like a child being snatched from her mother. Those who followed the story in the press will have some idea how the story ends, but I will say only that it’s more complicated than the articles made it sound. More complicated and far more poignant.

I was immensely impressed by the quality of Kym’s writing. At first I suspected there must be a ghostwriter, but there was no sign of anyone else’s name on the copyright page. Her eloquence is heartbreaking. She takes you by the hand and leads you through all the joys and sorrows of her life – even if I was a bit dubious about her vividly detailed memories of times when she was six or seven – and you end up completely emotionally involved. The book may have been conceived as a publicity aid – Kym is thinking about going back into solo performing, and this can’t do her profile any harm at all – but I feel it’s more than a cynical marketing tool. Even if there is, inevitably, a tie-in album (but many books would be better for being sold with a soundtrack). Too much heart and soul has gone into it, and it ends up being an absorbing memoir that focuses both on the particulars of her own life and the general challenges of great ability.

This comes thoroughly recommended, even to those who would normally avoid memoirs. As I said, this book goes beyond memoir: it’s an exploration of how we treat prodigies, what we expect of them, and how these remarkably talented people are often left – at a very young age – to deal with pressures that would crack a stronger spirit. I saw parallels in Kym’s experience both to Polunin, as I said, and to Max Cencic, both of whom have spoken about the challenges of being in the public eye from a very young age. Yes, I’m now tempted to listen to Kym’s last CD (with the Strad), even if it is Brahms, who’s normally way out of my comfort zone; and I’m also interested to see what she does next.

I received this book from Penguin in exchange for a fair and honest review.

And here is Kym again, with violin in hand (I presume it’s the Strad but no doubt a horde of violin aficionados will rush to correct me if I’m wrong). 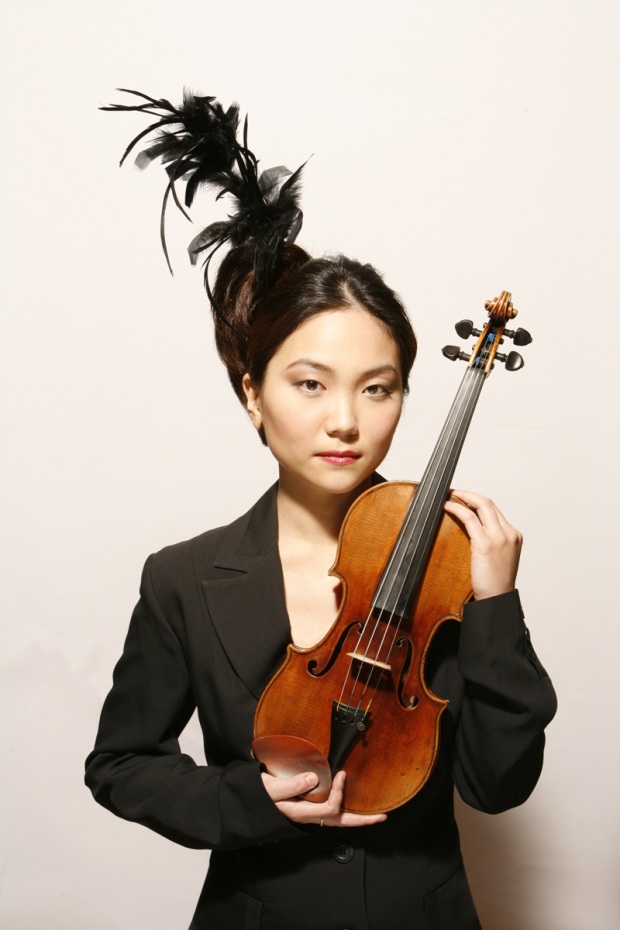 Min Kym and her violin