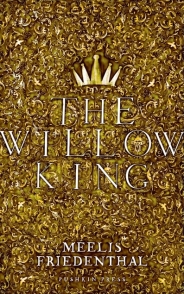 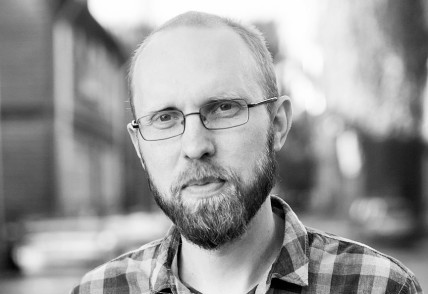 The Birds of the Muses

Originally published in Estonian as Mesilased (The Bees), this novel was awarded the 2013 European Union Prize for Literature and is now presented in an English translation by Matthew Hyde. Dense and allusive, it evokes the philosophical world of the late 17th century through the story of Laurentius Hylas, a young student who comes to study at the university of Dorpat (modern Tartu). I can’t say that I enjoyed the book, which is intellectually rigorous and unrelentingly bleak – but I did appreciate Friedenthal’s ability to capture the contradictions of the early modern mind.

In the 1690s, young Laurentius arrives in Estonia with a chest of possessions, a birdcage and his beloved pet parakeet, Clodia. He has had to break off his studies in Leiden, for reasons that are never fully explained, and he intends to take up a scholarship at the remote university of Dorpat. Laurentius is interested in the nature of the soul, something that we would now call philosophy but which, at this period, was also considered a branch of medicine (for, if the soul is part of the human anatomy, where do we find it?). As Laurentius rattles cross-country from the port, crammed into a coach with other travellers, he worries at the problem of the soul. If the soul takes up residence inside the body and then leaves when the body dies, can the body be understood as a carriage, temporarily occupied by passengers? Does a carriage itself, on being occupied by people, gain a soul? And, if the soul leaves the body, where does it go? Or should the soul be likened (as Plutarch and the ancients believed) to a bird fluttering inside a cage? Again the question arises: if the birdcage door is unlatched, whither does the bird fly?

Laurentius’s musings are of more than abstract interest to him. He suffers from melancholia, the ‘fashionable’ disease of the 17th century, although in Laurentius’s case it’s closer to what we’d understand as deep depression. Troubled by memories of his past, Laurentius constantly fights against the black bile within his body, which threatens to unmaster him. As he travels deeper into Estonia, his melancholia takes a sensory form in the shape of a vile, inescapable stench that permeates everything around him. And the world offers little comfort: ceaseless rain rots the land; the peasants are starving; and witchcraft is widespread. And people talk of having seen a shadowy tall figure, caped and crowned: the Willow King, who comes to snatch away the souls of those with weak spirits. There is little hope or brightness to be had.

Friedenthal’s real achievement is to create a convincingly 17th-century worldview. I’ve rarely seen it done this well. In his Dorpat, medieval folk belief sits alongside the new science of Newton and Descartes. Laurentius’s efforts to cure his melancholia lead to him seeking out willow bark to make a tincture, following the writings of Galen (willow bark, when brewed, releases a substance similar to aspirin). Yet this ‘medical’ approach jars with theories of bloodletting, enemas and balancing the four humours. We see a medical and scientific community in flux, assimilating new work but not necessarily putting it to the use we would expect. For example, Newton’s work on gravity is drawn into theories about the soul, and student debates on the subject pit Descartes against Aristotle. Illness, like witchcraft, is seen as a sign of the degeneration of the soul, a degeneration which can potentially be infectious via the evil eye (remember: the eyes are the ‘windows of the soul’). This is certainly not a 21st-century consciousness in a 17th-century setting.

At the very end of the book – reading Friedenthal’s thorough author’s note – I realised that Laurentius’s story can also be understood via the alchemical process. We can see Laurentius’s mental and physical disintegration as a sign of nigredo (decomposition: the first stage of alchemy) which, as Friendenthal writes, was ‘necessary to rebuild the substance in a new, improved form‘. That comes via rubedo (reconstruction), symbolised by gold, sunlight and honey. Perhaps Laurentius himself is undergoing some form of transformation beyond the physical decline charted in the novel, purging himself of guilt over his childhood sins and trying to purify his soul? I’ve seen some people describe this as a mix of fantasy, horror and historical fiction, but I think that’s missing the point. Friedenthal is simply writing proper historical fiction, which draws in the beliefs of his subject age – beliefs which seem bizarre and fanciful to us now, but which are not meant to be fantasy in the sense that I understand it.

I had to start this book twice and it has taken me much longer than usual to get through it. It isn’t easy to read and I do wish I had a better grasp of philosophy in order to understand the finer points of Friedenthal’s arguments. I have a sneaking suspicion that this is a better book than I’m capable of appreciating just at the moment: I feel I should go and read a primer about early modern thought and then try it again – but it’s just so bleak I’m not sure I can bear it. And, to be honest, I can’t help feeling this is a better book than the translation allows it to be. I have no idea of what Friedenthal’s style is like in Estonian, but the English rendering is workmanlike at best. It makes an already challenging book even more of a slog, which is a shame.