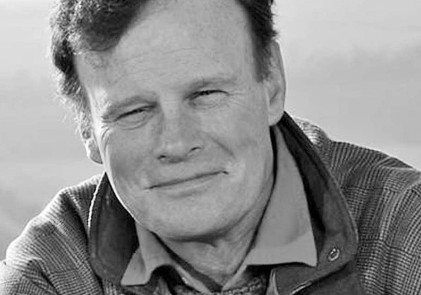 A word of warning before I get into my flow: this is marketed as a potential stand-alone, but will make much more sense if you’ve read the previous three books in the Mistra Chronicles (Rise of Empires) series. I have not read these and consequently found myself floundering at first. Once I found my feet, however, I thought there was much to enjoy in this novel which takes us into rarely-mined historical fiction territory. Books set in the 15th century rarely make it further east than Venice and, indeed, we do spend some time in Venice here. But much of the story unfolds at Monemvasia and Mistra in the Peloponnese: two tiny outposts of the fading Byzantine Empire, standing proud against the looming armies of the Ottoman Turks. The true decline and fall of the Roman Empire is at hand, and it will be bound up with the story of two courageous men and the woman who is loved by both of them.

Luke Magoris has been many things: a Varangian guard, a banker, an explorer, and a friend to despots and emperors. But now he is just an old man. He has come to Venice to visit his bank and to meet old companions, leaving his grandson Siward back home in Mistra to be raised by loyal friends. As Siward grows to manhood, he promises to fulfil his grandfather’s hopes for him as the heir to the leadership of the Varangians. He has friends and followers aplenty… but he lacks family. Luke is away in Venice; Siward’s parents are dead; Cleope Malatesta, who raised him, dies when he is still a young man; and he doesn’t know what has happened to his uncle Giovanni, who made the mistake of loving Cleope and has been exiled far away. However, when news arrives that Luke has died in Venice – perhaps murdered – Siward discovers that his family binds him to others in ways that he could never have imagined. His task is to discover why someone might have wanted to murder his grandfather, and so Siward goes to Venice, sinking into a world of duplicity and corruption, where courtesans run spy-rings, the Foscari Doge sinks into bitter madness, and secret plots threaten the very future of Christendom.

Makkim is a Janissary, taken as a child from his home and raised in the worship of Allah to defend his Sultan and expand the empire. Brave, noble and intelligent, he has won the confidence of Murad II and his talents have fast-tracked him to the rank of general. Now the Sultan looks west, towards the great prize of Constantinople, trying to judge whether peace or war is the way to cement his reputation. But Murad is an old man, with an old man’s caution, and when he dies the empire passes into new and ambitious hands. For his son, Mehmed II, war is the only option, to bring glory to God and to confirm Mehmed as the true Caesar, the true heir to Alexander. Makkim has never been anything but loyal, striving to find a way to take Constantinople without blood or battle, and with his fierce young master straining at the leash, he knows that he can only do so much. But soon Makkim’s loyalties will become much more complicated. For, while in Rome as the Sultan’s envoy, he glimpses the face of someone he once loved: a rediscovery that will be only the first of a series of revelations that will reshape Makkim’s world.

This is a big book, not just in size but in the amount of information it packs in. I imagine that, like me, many people are more familiar with what’s going on in western Europe during the 15th century and so it’s a bit disorientating to be flung into a mass of names and places. Part of this, I know, is because I haven’t read the earlier books; but I really thought I wouldn’t have had to. Nevertheless, once I managed to grasp who was who, I found the novel to be a really absorbing take on history seen from a different angle. It isn’t all historically accurate: many of the key characters are invented, and Heneage comes up with some terrifically devious scheming that has no basis in truth but is nevertheless quite fun (the Venetians are not the heroes here).

I seem to be seeing Dorothy Dunnett everywhere at the moment, so you must forgive me, but it was hard not to have flashbacks to the House of Niccolò while reading this – not just because John Grant (here called Johannes) crops up on the walls of Constantinople. Luke is a terrifically well-connected fellow who (according to conversations and asides in this novel) has set up a bank in Venice, travelled into Africa in search of the gold trade, single-handedly saved Constantinople from Bayezid by making a pact with Tamerlane, met with the pioneering Admiral Zheng on his expedition from China, and made friends with the reclusive cartographer Fra Mauro of Venice. His sons and grandsons, between them, have friendships with everyone from Prince Henry the Navigator to the Sultan, and his old flame is at the head of a fearsome intelligence network. Renaissance Europe feels like a very small place when you’re around people like Luke or Nicholas.

At quite a few moments, Heneage’s plot relies upon extraordinary coincidences (as I said, Renaissance Europe was obviously a very small place) but, while these bothered me at first, I soon found myself drawn into the story and was willing to suspend disbelief. It’s refreshing because Heneage isn’t just a swords-and-shields writer, and he sets the battle for Constantinople within a many-layered context of trade, politics, religion and ideals. The central dynamic of the book is one to which I’m very susceptible, and which takes me right back to The Lions of Al-Rassan (although I stress that it doesn’t come up to that very high bar): two men, both noble, both honourable, from different backgrounds, doomed to be enemies on the field, and yet linked by their feelings for the same woman and by their admiration for each other. It’s well done, even if some of the emoting makes the characters seem much more adolescent than they’re meant to be (would a thirty-year-old, battle-hardened warrior really think, ‘Yes, but does she like me?’).

This is clearly only a tiny part of a very complicated story that has already made its way through three earlier books, and I would probably have enjoyed it more if I knew the characters and backstory already (even though the blurb assures us this isn’t necessary). The amount of research needed to bring it together is truly impressive, although I don’t know this part of history well enough to spot errors or flaws. I enjoyed it, but at present I’m not sure whether I was gripped enough to want to wade into the entire saga. Has anyone else read the entire series? Is it worth reading as a rare glimpse of life beyond western Europe at this period? And are there any other novels dealing with the Eastern Roman Empire at this date that you’d recommend?