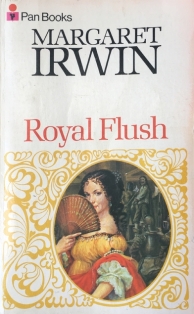 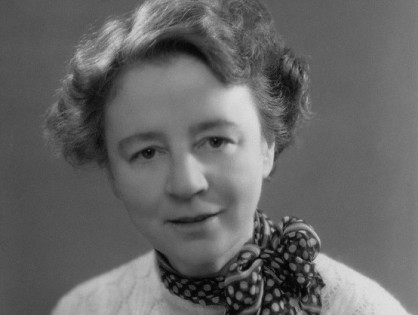 Back in the winter, I discovered the historical fiction shelf at the Book Barn near my parents’ home in Somerset, and came away with a huge pile of novels from the 1960s and 1970s. One was this book by Margaret Irwin, who specialised in stories about the Tudor and Stuart periods, and who here focuses on the life of Charles II’s little sister Minette. Although Minette features in a number of novels, this was the first time I’d read about her and I enjoyed the novel’s old-fashioned romantic charm. Dense and detailed, it offers a sweep of the most colourful vistas of the 17th century: the lively Restoration court of Charles II and, more importantly, the glittering court of the young Louis XIV.

As a little girl, Minette is only aware of her family’s misfortune. She can hardly recall a time before she and her mother were exiles at the French court, but she knows that her father Charles I is a sainted martyr. Her brothers Charles and James crisscross Europe, begging for alms and men, and claiming shelter from cousins like their aunt Elizabeth, the so-called Winter Queen, stuck in her own exile in the Netherlands. Minette and her mother subsist on the lukewarm charity of her mother’s nephew Louis XIV. For now, Louis is only a boy, governed by the will of his own mother Anne of Austria and by the wiles of her unpopular Italian favourite Mazarin; but he will grow, and change.

Minette also grows. And, as she becomes aware of the world around her, she begins to understand the subtle power struggles that define the French court: the favourites; the financiers; and the gossips all quietly wrestling for favour. As this generation of royal children comes to adulthood, the great question is how they will be matched. Minette, the youngest sister of a dispossessed pauper prince, doesn’t have much to offer and watches in admiration as her ebullient cousin Mademoiselle holds the limelight at the court. In due course, any hope of marrying Louis is removed, when a contract is made for the king with a dull Spanish princess; but, when Minette’s fortunes change dramatically, thrusting her into the centre of attention, the next best match is suggested. She will marry Louis’s younger brother Philippe.

But Philippe – or Monsieur, as he becomes known – is not the most attentive husband. He has been kept back, indulged and spoiled, all with the intention of preventing him becoming a plausible rival for his brother’s throne. As a man, he wallows in the affection of self-interested male favourites, foolish and petulant, prevented from doing anything that might detract from Louis’s glory. Trapped in a marriage that can only make her miserable, Minette compensates by throwing herself wholeheartedly into the glamour of life at the French court, and by making herself indispensable as a diplomatic go-between for her brother and Louis. Her star rises – but this is a world fraught with danger and jealousy, where every success means disaster for someone else.

I enjoyed Irwin’s rich depiction of Minette’s life and her nuanced portrayal of the princess. The novel does feel old-fashioned in the sheer profusion of its detail, but it doesn’t feel staid or dated in its characterisation (though perhaps Minette herself is sometimes a bit too naive and wide-eyed). The only character who might be treated with slightly more sympathy by a modern author is Philippe himself, though to be fair to Irwin she does present him as a talented man undone by the treatment of his elders. The novel feels very similar in spirit to those of Lofts: sensible, compassionate, thoughtful and full of care for the historical details. And how can one resist a story which sweeps from the glittering prison of Versailles, where Louis increasingly hides himself away from the world, to the busy corridors of Whitehall Palace?

Irwin wrote a whole series of novels set in the Stuart period and I’m now keen to read more of them: I think the next one will probably be The Stranger Prince, which focuses on Rupert of the Rhine (one of my historical favourites), who has a cameo in the present novel but who is clearly worth reading about in much more detail. Has anyone else read Irwin? How do you think she compares to other authors of the time? And which of her novels do you think I should home in on for future reading?