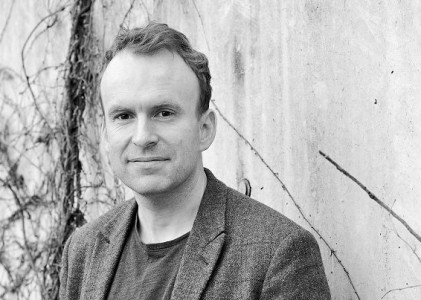 Professor Andrew Martin is, for one dazzlingly brief moment, the most brilliant man on the planet. The next, he has vanished off the face of the earth. Unfortunately for Andrew Martin, we’re not alone. You see, all those people who wondered if there was intelligent life elsewhere in the universe were absolutely right. They were just wrong when they assumed it’d want to get in touch with us. Or, more specifically, that said intelligent life would want us to get in touch with it. And so, when Andrew Martin solves the Riemann hypothesis and holds the secret of exponential human advancement in the palm of his hand, the watching extraterrestrial lifeforms decide that he must be stopped.

To stop one man is easy enough: an abduction; an empty chair; an unexplained disappearance. But to stop an idea? That’s more challenging. And so our unnamed alien narrator grudgingly agrees to assume the appearance of Andrew Martin, in order to make sure that all traces of his remarkable discovery are destroyed. But to do that, he needs to understand humans. And that’s where the real fun is going to start.

Our narrator has put together an account of his mission for those back at home, to explain his findings. As a being from a world where all is calm, protected and logical, governed by the universal laws of pure mathematics, his initial experiences in human form are alarmingly chaotic. For a start, humans look hideous and that means that the very sight of his own face is enough to make him feel sick. But he’s also woefully unprepared for this role. He knows vaguely that Andrew Martin has a wife, Isobel, and a son, Gulliver, both of whom may need to be destroyed to protect the secrets of the Riemann hypothesis. He always knew it’d be difficult to convince them that he’s really Andrew Martin. But it turns out to be so much more difficult than he thought. When a simple misunderstanding of primitive human customs lands him in police custody (who knew they were so concerned about clothes?!), our narrator begins to realise that the humans may be violent, incompetent and fundamentally irredeemable, but they’re also a far more complex and interesting species than he’d given them credit for.

That’s where the danger starts. Once you find a species interesting, you can start to develop relationships with it. In his efforts to play the role of husband and father, our narrator begins to realise that Andrew Martin clearly wasn’t all he should have been in that department. And, before he knows it, he’s committed the ultimate crime: getting involved. He begins to feel uncomfortably engaged with his brilliant, fragile, long-suffering, loving, overlooked wife Isobel, and with his sullen, monosyllabic, solitary son Gulliver. And, although he’s already committed murder in order to protect the fate of the universe, he grows increasingly uncomfortable at the thought that he’ll have to kill these two, his… family. Unfortunately, everything he does is being monitored by his superiors, who grow concerned as our narrator becomes steadily more unreliable, shoved off course by his entirely unhelpful growth of emotion.

The framing concept is sci-fi, but the story itself is a thoughtful and often surprisingly sentimental study of what it means to be human. Standing outside the social contract that we humans have made, our narrator can shine light on our foibles, flaws and possibilities. Haig says in his afterword that he was inspired by a period, earlier in his own life, where a breakdown left him stranded, feeling that he was somehow trapped outside the comfy customs of everyday existence. It’s this sense of dislocation that comes through in our narrator’s attitude – though of course the story isn’t remotely autobiographical. And, despite the alien abductions, the murders and the frequent talk of prime numbers, it’s a cosy and easy read: a celebration of the frailty of humanity. Helped by Emily Dickinson and Walt Whitman, our narrator stumbles towards a better understanding of what it means to be human, and the result is poignant and rather lovely.

According to Haig’s afterword, he was writing the screenplay at the time of publication, but things seem to have gone a bit quiet on the cinematic front for The Humans. His most recent novel, however, How to Stop Time, has been optioned for film with none other than Benedict Cumberbatch slated as the star. I’ll have to seek that one out next. But, in the meantime, I’m very happy to recommend this. It’s described in a quote by Joanne Harris, on the cover of my edition, as a cross between The Curious Incident of the Dog in the Nighttime and The Man who Fell to Earth, and actually that’s pretty accurate. If that description sparks your interest, give it a go. It’s probably the most heartwarming tale of alien invasion that you’ll ever read.

If you’ve read this already, then tell me which of Haig’s books I should go for next…