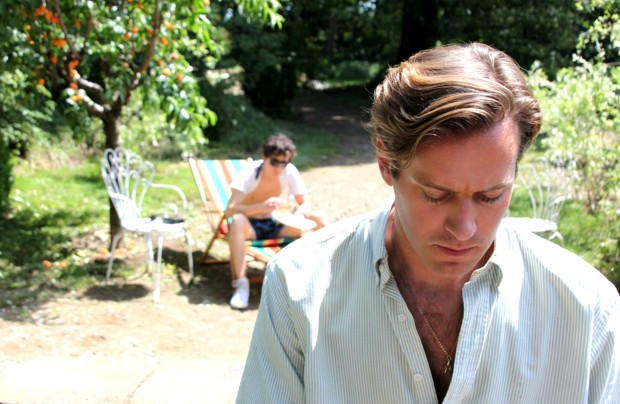 All right, I couldn’t resist. With the book fresh in my mind, I decided to treat myself to the opening night of Call Me By Your Name and savour some Italian decadence. I wasn’t quite sure what to expect, as I’ve seen Guadagnino’s I Am Love and found that too self-consciously arty; but I needn’t have worried. This film was predictably stuffed with beauty (both human and natural), drenched in Mediterranean languor and blessed with a stunning central performance from Timothée Chalamet as Elio. Playful and poignant by turn, this is the love affair we all wish we had when we were seventeen (‘Grow up. I’ll see you at midnight‘).

For those who haven’t read yesterday’s post on the novel, the film unfolds in the golden summer of 1983, ‘somewhere in the north of Italy’, as the hand-scribbled titles announce. Seventeen-year-old Elio Perlman (Timothée Chalamet) prepares himself for the elegant tedium of his holidays: reading books, playing the piano for his parents’ dinner parties, and making out with his pretty neighbour Marzia (Esther Garrel). But then his father’s new visiting student arrives: Oliver (Armie Hammer), ridiculously handsome, golden-haired, charming: immediately the favourite with everyone. Within a few days he seems to know the whole town, playing cards with the old timers in the bar, and flirting with Marzia’s big sister Chiara (Victoire Du Bois). Initially, Elio tries to feel superior to the American, but things are changing. And one day, as he watches Oliver playing volleyball with his friends, he begins to understand how far things have gone. 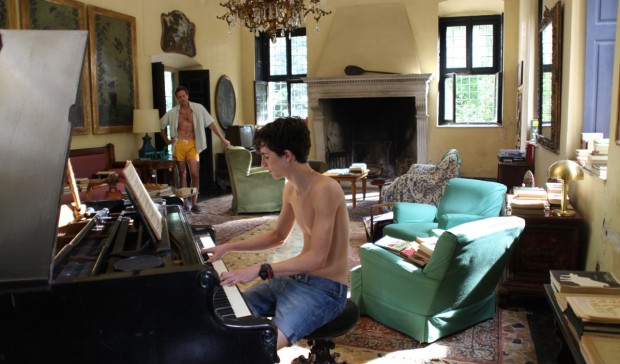 Despite Elio’s growing turmoil, his world is such a beautiful place that most of us would swap with him in an instant. His house is vast, echoing, littered with books and music and intellectual paraphernalia. His smart, loving parents treat him as a grown-up but never forget that he’s also their child. In a beautiful scene, as Elio wrestles silently with his feelings during a thunderstorm, his parents curl up with him on the sofa and his French mother (Amira Casar) reads him a fairy tale from the Heptaméron, translating on the wing from the German edition into English. (Everyone seems to speak at least three languages fluently. That was actually something that came out better in the film than in the book, where you don’t ‘hear’ language in the same way.) The story Elio’s mother tells him is about a knight who is in love with a beautiful princess but is afraid of her reaction. Is it better, he asks, to speak or to die? I couldn’t quite figure out whether Elio’s mother was sharper than he gave her credit for, or whether the choice of story was accidental; but it gives him the impetus to speak his own feelings.

Chalamet really is the best thing in a film already full of very good things. He’s actually 21, although he still has the lankiness and pointed beauty of a boy who has yet to fully grow into his body. And he just becomes Elio, conveying the passage from indifference to curiosity to choked desire with his eyes alone; capturing the contradictions of an age when you can be sweetly childish one moment and driven half-mad with lust the next. The final scene, which simply lingers on his face for several minutes, is exquisite. His soulfulness and spontaneity play off well against Hammer’s Oliver, who has the quiet self-possession of someone who’s gone through life fending off crushes with a stick. But Oliver is susceptible too, however much he tries to be the responsible grown-up (at a muscular 31, Hammer looks a lot older than Chalamet). The scene shortly after Elio’s confession is beautifully judged, where Oliver indulgently kisses him, as if to get him to shut up and go away. “Better now?” he says, like a parent who’s just soothed a child’s grazed knee, only to be suffocated under fifty-odd kilos of demanding adolescent. 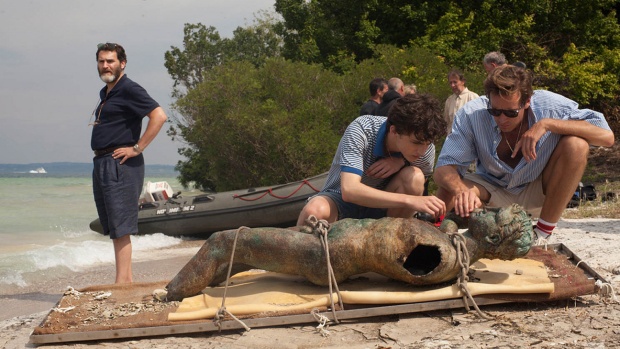 If you can manage to tear your eyes away from the two leads, which I admit is difficult, there are some equally strong performances around them: primarily Michael Stuhlbarg as Elio’s lovely, cuddly father. He’s an archaeologist, a specialist in Greek bronzes (a change to the book, and one I unsurprisingly prefer). At one point, he takes the boys to Lake Garda to see a gorgeous kouros dredged up from the waves. The two of them kneel beside it afterwards in silent admiration, not acknowledging the other, but their fingers trace the lines of the statue’s nose, lips, chin, in a powerful sublimation of their feelings. And that’s even before Elio’s father gets carried away describing the sensuality of ancient bronze kouroi to Oliver: a speech that Oliver meets with wide-eyed wariness, given the circumstances. But it’s also Elio’s father who has one of the final scenes in the film, for a speech that’s open and wise and serves as a kind of epilogue to the whole story. Unless you’re made of stone, your heart will melt a little bit as you listen.

There were many things I enjoyed (it really is aesthetically very pleasing, although I now feel somewhat ambivalent about peaches), and very, very few things I didn’t (those few strange colourised frames, like a dream-sequence, as Elio sleeps in Bergamo). It’s generally very faithful to the book, though readers should know that it doesn’t include the final section, creating a sharper, bitterer, perhaps more cinematic ending. Do go to see it and for heaven’s sake don’t write it off as ‘a gay romance’. It’s a love story, pure and simple, and the gender of the people involved doesn’t mean a thing.

Although the medium of film can’t quite capture the intensity of being behind Elio’s eyes, which gave the novel such power, it makes for a gorgeous and sensitive story that deserves all the praise it’s being given. Don’t believe me? Try reading the Guardian or Empire, both of whom gave it five stars, or take a look at Rotten Tomatoes, where the film currently enjoys an astonishing 97% rating. Beautiful.

I’ll add a link to buy the film when it’s out. 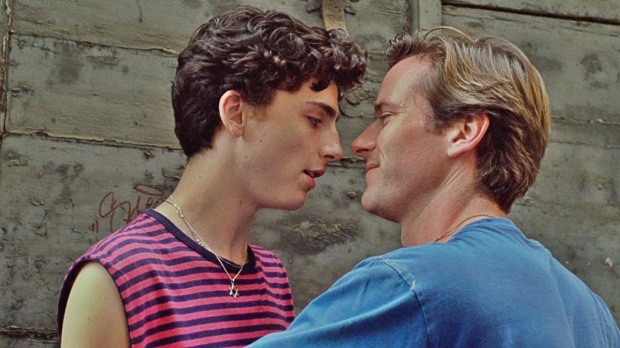