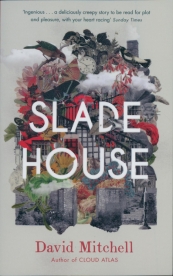 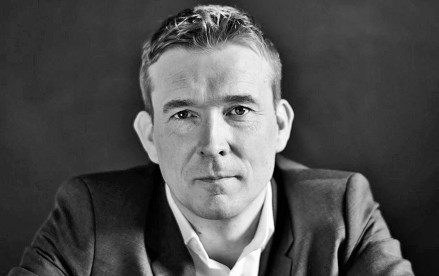 If you’re looking for Slade House, you have to keep your eyes open. The way in is through a little black metal door, set into the wall of narrow Slade Alley, and it can be hard to find. To be precise, it only reveals itself once every nine years on the last Saturday in October. But don’t worry too much about that. If you’re looking for it, chances are you’ve been called. The door will open at your touch and reveal a wonderful garden leading up to an old stone house. You might, for a moment, wonder how these grounds fit into the modern estates you walked past on the way, but this won’t matter for long. You’ll be drawn in, captivated and entranced by the house and its inhabitants. And then, before long (or perhaps it will seem like a long time), you’ll suddenly discover that there’s no way out. Paradise has become prison. And something is coming to get you…

The book leaps forward at nine-year intervals from 1979, when Nathan Bishop and his struggling-pianist mother Rita are lured with promises of a musical soiree, to 2015, when the American scholar Dr Iris Marinus-Fenby comes face to face with the subject of her research. At each stage, the house remains the same although its inhabitants have shifted – one might say, have moulded themselves to be most appealing to the present ‘guest’. At each stage, the ‘guests’ are complicated, lonely, isolated people longing for some kind of connection in the world. And, at each stage, those ‘guests’ gradually come to realise the bargain into which they’ve unwittingly entered, exchanging a few hours of pleasure for something far darker and more permanent. The truth behind that little black door in the wall is much more sinister than any of the amateur investigators can comprehend.

I do wonder whether Slade House has grown out of one of David Mitchell’s other novels. I had a sense that there was lots of backstory I wasn’t getting. A passing reference to the human body as a ‘bone clock’ caught my eye not just for its evocative panache, but also because it seemed to allude to another of Mitchell’s books. Does this story perhaps spring from something laid out in The Bone Clocks? If so, that may explain why Mitchell seems to be cramming so many ideas into such a concise novel – ideas which sometimes seem too big for the story, and which have to be handled through rather inelegant info-dumps. Slight spoilers ahead: how is it that, at one moment, we have to be fed information about the twins’ intentions through dialogues implausibly shoehorned into their ‘guests” final minutes – but, in the next section, it turns out there’s a whole group of people who not only know about them but are able to challenge them at their own game? It felt like a deus ex machina, but again it may have made more sense if I’d previously read The Bone Clocks (assuming that lays some of the foundations for this book).

Mitchell does seem to have a fear of being typecast. His novels either flirt with different genres or, in the case of Cloud Atlas, disregard them altogether. Slade House keeps up this trend by presenting a paranormal horror story, spiced with mystery and garnished with a hefty side order of science-fiction. Curiously, though, I felt that he was trying too hard here, something I didn’t feel in The Thousand Autumns of Jacob de Zoet or even in the wildly ambitious Cloud Atlas. Everything in Slade House is a bit too over the top, a bit too macabre and melodramatic. We don’t just have eerie vanishing houses and groups of adolescent ghost-hunters going missing. We have Victorian twins and souls imprisoned in portraits and telepathy and seance-trickery and, just in case that wasn’t enough, Eastern mystic ‘ways’ taught by enigmatic sensei in Oriental mountains. In fact, it was all so extreme that I felt a bit underwhelmed, because it felt as if Mitchell couldn’t come up with something simple and effective, and instead threw in the whole circus – clowns, lion tamers, performing seals and all.

The earlier parts of the book, though, are very creepy. It’s all slightly Turn of the Screw and I admired the twins’ creativity as they tailor their home to the eyes of the beholder. I enjoyed it, because when it’s freezing cold and a blizzard is flurrying outside the windows, a Gothic haunted house story is just the ticket. It’s just that this novel didn’t quite seem able to decide what it wanted to be, and didn’t feel comfortable – as Mitchell’s other novels have done – occupying the grey zones in-between.

Tell me, those of you who’ve read more Mitchell: am I correct in my hunch that I need to read something else, to get the fullest understanding of Slade House? Am I being overly harsh in feeling that the solution rather comes out of nowhere? For those of you who’ve yet to delve into his puzzling and elaborate worlds, this may not be the best place to start, but it’s a pleasant enough diversion on a dark and stormy night.