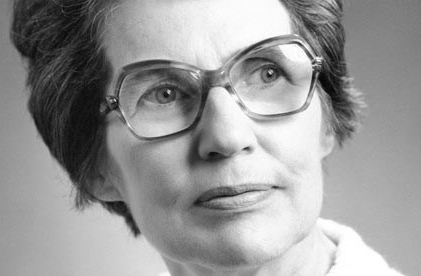 Celia Fremlin’s works have recently been reissued by Faber Finds, in neat little ebooks with come-hither pricing. I hadn’t heard of her before, but was intrigued by her themes of suburban unease and mystery, and chose The Jealous One as my introduction to her novels. First published in 1964, it occasionally shows its age, but its essential story is one that doubtless remains painfully familiar in the present world. Rosamund and Geoffrey have been married for years, united by their gossiping about their London neighbours and by shared despair over their feckless teenage son. But when the exuberant Lindy moves in next door and inches her way into their lives, Rosamund discovers how painful jealousy can be. And then, one day, she wakes from a feverish sleep and a dream of murder… to find that Lindy has vanished.

Fremlin dissects the disintegration of a marriage with a pathologist’s knife. As we watch through Rosamund’s eyes, we see the change in her attitude as she realises that her vivacious new neighbour is becoming entirely too fascinating to Geoffrey. As a single woman, Lindy has mastered the challenges of being a charming hostess, a devil-may-care companion and, crucially, a damsel in distress. As Geoffrey begins to spend more and more time in her company, Rosamund finds herself carried along in a game that she plays half-willingly. Unwilling to seem jealous, desirous of appearing as modern and lively as Lindy, she makes herself a third wheel in this blossoming relationship. Conscious of lace curtains twitching, she tries to prove that everything is happening with her blessing. She tries to be rational. She tries to convince herself that Lindy is blameless:

You could not even say that she had deliberately set out to hurt Rosamund, or deliberately tried to break up her marriage. And indeed she wasn’t breaking it up. What was happening was something much slighter than that – much more difficult to put into words. Just a look in Geoffrey’s face, really; a sort of buoyancy in his voice when he embarked on a sentence into which he was going to bring Lindy’s name; a way of glancing at Lindy’s house instead of at his own as he unlatched the front gate in the evenings.

And yet, no matter how much Rosamund tries to convince herself, she can’t dismiss the swelling fury of the green-eyed monster. I suspect we’ve all known women or girls like Lindy. I can think of a few. The ones who breeze into a room and seem to instantly know how to capture a man’s attention; the ones who laugh just that bit too loudly; the ones who stand just that bit too close; and, crucially, the ones who make you feel bad for feeling possessive – for what’s wrong, really? Surely it’s all high spirits? Surely this only reveals your own shortcomings as a crotchety, clingy, insecure creature? Fremlin manages this so well. Lindy is breathtakingly audacious, casually rattling off her opinions on how a woman should cherish her man – have everything ready for him when he comes home from work; indulge him; look unruffled at all times; let him know he’s the centre of her world – with the blissful certainty of the singleton (‘I sometimes think that we single women are more in touch with the way a man really feels’).

Rosamund’s struggle is something I imagine lots of us can sympathise with. Forcing herself to smile and welcome Lindy in, she seethes inside. How many of us have guiltily prayed, like Rosamund, for an irritatingly perfect acquaintance to come a cropper (‘Show me how to make her annoyed and upset without it being in the least bit my fault‘)? But when Lindy disappears, Rosamund begins to worry that her jealousy has crossed into new bounds. A vague fever-dream of struggle and a fall keeps troubling her. And then she finds Lindy’s battered handbag in her wardrobe and mud all over her, Rosamund’s, shoes. What does this mean? As time wears on, with no news, Rosamund begins to fear the worst. Is it possible – can it really be – that she has murdered Lindy?

Through two parallel threads – Rosamund’s efforts to remember what really happened; and the story of Lindy’s infiltration of her formerly happy marriage – we’re brought closer to the truth. I really enjoyed most of the story, because it felt subtle and true, the kind of story that could happen on quiet suburban streets all over the place; but I have to confess that I found the end rather highly-flavoured and melodramatic. It’s as if you’ve been watching an uncomfortably incisive drama about modern relationships (something like Beginning, say) and suddenly realise that you’re in a Hitchcock movie in the final chapter. The change of gear jolted me a bit. But that’s not to say that it wasn’t a deliciously diverting read, especially for what turned out to be a rather long journey.

This is a tale of men and women, and women and women – of men’s eagerness to be flattered and women’s need for admiration; of power-plays and jealousy; of how love can decay not by any great betrayal but simply the gradual drip-drip of indifference, perhaps without one of the participants even noticing. It isn’t particularly flattering to anyone, but it shows a piercing understanding of character that rather impressed me. And Fremlin is so gifted at showing the way that great emotions pulse beneath the carefully-schooled smile. Take this moment, in which Rosamund finds herself trapped in her new role as genial third wheel between Geoffrey and Lindy, feeling strangled and desperate and yet unable to speak out for fear of looking fustily old-fashioned:

He looked so happy as he sat there, in the mellow autumn light, so unsuspecting. He didn’t know yet that they were walking in a ruined city with all its lovely buildings fallen, with gaping chasms in the once solid streets. She almost found herself crying out to him aloud: Look out…! Look out…!

I shall be seeking out more of Fremlin’s novels. The gender attitudes are very much of their time (this was an age when married women didn’t work, and when men expected to be waited on hand, foot and finger – marriage was domestic service rather than a partnership), but nevertheless I very much like her brand of compelling suburban guilt.

3 thoughts on “The Jealous One: Celia Fremlin”