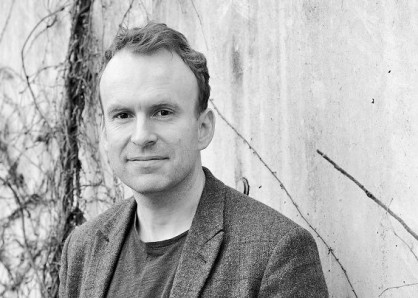 Nothing much ever happens in the Yorkshire village of Bishopthorpe. That’s exactly why the Radleys moved there from London before their children were born. With their unremarkable middle-class villa, their predictable middle-class people-carrier, their unobjectionable middle-class existence, their book clubs and their Sunday dinners, and their two shy and rather sickly teenage children, Helen and Peter Radley are barely worth a second glance. And that’s the way they like it. Unfortunately, their children are getting to a difficult age and events soon rapidly spiral out of control. It turns out that teenage self-discovery is much harder to handle when your entire family are vampires.

Helen and Pete have been so careful: they’ve cultivated the art of being unexciting. They’ve been committed abstainers ever since the children were born, creating a normal and comfortable home for Rowan and Clara to grow up in. It wasn’t always like that, of course, but it’s for the best: they don’t allow themselves anything more daring than a few glasses of red wine nowadays. There are a few things which have always caused problems: the need for factor 60 sunblock; the migraines brought on by bright sunshine; and a tendency to feel more awake at night than in the daytime; but essentially the Radleys live a life virtually indistinguishable from any of their unblood neighbours. Rowan and Clara don’t even know their family’s secret. All they know is that they’re pale and skinny and prone to rashes, and that Clara’s virtuous attempts at veganism are making her very ill. Obviously, everyone at school thinks they’re freaks, but that’s just a standard part of being a shy, bookish teenager in an insensitive world.

But then it all goes wrong. A moment’s loss of control unlocks the floodgates and soon the Radleys’ comfortably bland existence is under threat. Peter decides the moment has come to call in the cavalry, in the form of his older brother Will, whose powers have been kept at a peak by continued blood-drinking. As this black sheep of the family comes to town, all the elements of a family (and moral) crisis begin to collide in a lethal cocktail. With a murder making the local headlines, the Radleys have to tread more carefully than ever before, and yet Will’s arrival awakens new possibilities for each of them. And Rowan and Clara must come to terms with the truth about themselves, as well as dealing with all the mundane everyday stuff that being a vampire apparently doesn’t excuse you from: school, being bullied, trying to ask out the girl of your dreams, and finding out who you’re really meant to be. Sometimes, being a member of the undead really sucks.

This novel’s an allegory, and a fairly obvious one at that. Haig’s vampires aren’t canon – they move around in daylight, can substitute ordinary food and wine for blood, appear in mirrors and are perfectly all right with crucifixes. Nor are they immortal: two hundred years is about the max that can be expected on a full-blood diet, and abstainers don’t seem to live much beyond a normal lifespan. Some of the most famous people in history were apparently vampires (Byron, I can understand and that’s been done before; Veronese surprised me; Jimi Hendrix, maybe less so). Vampirism can be inherited as well as spread through conversion. Garlic is a problem, admittedly. Though, thank God, vampires aren’t sparkly or the coolest kids at school. Indeed, apart from the whole blood thing, the Radleys are a completely normal, middle-class family. ‘Blood’, it seems, stands for illicit temptation and sex (as, indeed, it does in most vampire fiction). The lure of blood is behind Peter’s fascination with his neighbour Lorna, and Helen’s dangerous attraction to Will; it’s also the motivation for Will’s dalliances with various unfortunate women in Manchester. By following the lure of blood, Haig’s characters stand to lose their peace of mind, even if yielding would ensure a more dramatic existence.

With one pair of characters (Helen and Peter) in the stage of mid-life crisis, and the others (Rowan and Clara) on the verge of adulthood, Haig uses vampirism as an allegory of our growing awareness of ourselves and the decisions that we have to make about life. How do we react to those who bully us? Do we act on the impulse to have an affair with a neighbour or old flame, or do we focus on our marriage and make it better? How can we combine our impulses with our desire to live a good life and create a happy family? These aren’t the kind of questions that normally crop up in a vampire novel, but Haig’s novels tend to be examinations of the human condition rather than strict genre: the same is true of his sci-fi fable The Humans. The Radleys is much the same, using a genre glass to reflect back the troubles of mundane, ordinary, very human everyday lives.

I didn’t enjoy this quite as much as The Humans, I’ll admit, because there was something rather endearing about the narrator in that novel, as he frantically tried to absorb the baffling world around him. The Radleys is, however, a perfectly solid and very readable novel, with a satisfyingly amoral villain and a strange cosiness to it. It’s very English in its spirit, and it makes a rather wonderful contrast to Twilight in that respect, if you compare the two treatments of what it’s like to be part of an abstaining vampire family. On the other hand, don’t let the ‘vampire’ tag put you off. If you’ve enjoyed Haig’s other books, you’ll like this too. It has the same warmth to it, along with an acute sensitivity to small-town British life and, ironically, the flaws and foibles that truly make us human.