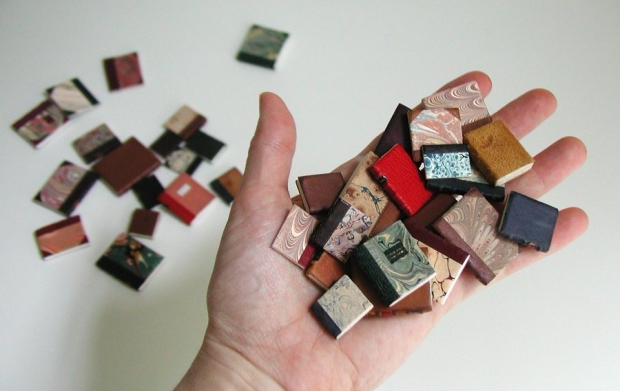 I’m thoroughly enjoying this bite-sized books theme. It’s given me the chance to leap in at the deep end with all sorts of books, offering a taster of different genres or themes that might lead on to new explorations, but which don’t require too much investment of time or money. So here’s a further selection of stories to see you through commutes or short journeys. They include tales by some of the great names of modern literature, several of whom I hadn’t encountered before, namely William Trevor, Anita Brookner (shameful, I know), and Charlotte Perkins Gilman. From works of searing feminism to bittersweet studies of modern life and reworked fairy stories, there’s something here for everyone.

Even as a child, Juniper is aware of an absence at the heart of her family and a deep sorrow that colours the lives of both her parents. At the age of four, she discovers the reason for this: an older sister, never spoken of before, who lives in a tower deep in the forest. Following her mother and, later, going on her own, Juniper becomes fascinated by Rapunzel, the beautiful girl in the window. Eventually, as a half-wild, untamed girl, sharp-eyed for herbs and fleet-footed in the forest, she encounters her sister’s captor, the wise-woman Jinka, who recognises Juniper’s talents and makes a deal with her: Juniper will help Jinka and, in return, Jinka will allow Juniper to speak with her incarcerated sister. There’s only one condition: that Juniper must say nothing of Rapunzel’s true birth.

As the years pass and the two girls grow into young women, Juniper develops an allure of her own. Smitten with the local worthy’s son, Will, she seeks to impress him by taking him to see her sister in the tower – an act which will have consequences she should have been able to imagine. Bradley’s story is a clever reworking of a very familiar story from an unfamiliar angle, introducing a protagonist whose wit and talent and independence form a stark contrast to the pretty, unpractised damsel in the tower. It’s a story of mistakes and new beginnings, sorrows and second chances: beautifully written, with an elegance that belies its size. I’d certainly like to read more Bradley. I have a vague notion that I may once have read his Resurrectionist, but it was so long ago that I’d probably better have another shot at it. 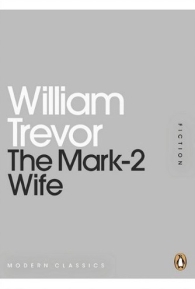 This collection of three short stories by the Irish novelist explores the griefs and sorrows of life, gently exploring the role of imagination in their propagation, and the pain of loneliness that loss leaves behind. In the title story, Anna Mackintosh is left stranded at a party when her husband Edward fails to arrive at the arranged time. We’re told that she is given to anxiety and we watch as her humiliation at being stood up spirals into an obsessive conviction that her husband is about to arrive with her successor: his Mark-2 wife, no doubt a gorgeous young slip of a thing. Trevor probes the low-lying terror of the childless middle-aged woman who, with her fertile years behind her, begins to doubt her husband’s love for her. As she spills her soul to the Ritchies, a kind and generous older couple who become increasingly alarmed at her disclosures, it becomes clear that Anna’s worries have pushed her beyond the point of reason. Or have they?

The other two stories are more about memory, and the pain of loss. In The Time of Year, a young Irish student sits through a dull Christmas party given by her professor, studying the foibles and weaknesses of those around her, remembering a tragic Christmas many years before, from which she still can’t liberate herself. And, in Cheating at Canasta, a man visits Harry’s Bar in Venice, painfully remembering his previous visits to the city with his beloved wife, whose dementia has finally prevented her from travelling with him. As her own memories fade, he strives to keep his own alive, thereby preserving their marriage. While he ruminates, he overhears a conversation at the neighbouring table which makes him think more deeply about marriage, generosity and love. These are three rather sad stories, each in their own, way, but they’re beautifully written. Trevor manages to inhabit each of his characters’ minds, even though we only spend a few pages in their company, and his writing is immensely compassionate. I’ll have to seek out some of his full-length novels. Any suggestions?

THE LAND-LUBBERS LYING DOWN BELOW: HELEN DUNMORE 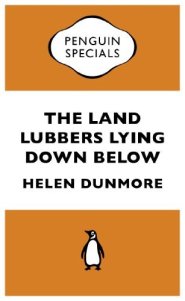 The peculiar title suggests something nautical and maybe, if we’re lucky, even piratical, but in fact this brief short story (a mere fourteen pages) is set entirely on land. Its narrator is Scipio, an enslaved black boy in 18th-century London, who serves as a page for his fashionable mistress. One evening, Scipio witnesses a concert performed at his mistress’s house by two ‘Prodigies of Nature’: the young Mozart and his sister Nannerl, who are travelling with their father. Pressed upon to perform, Scipio falls short of expectations, but his fascination with the young ‘Wolfi’ persists and, when he has another chance to see the young genius at work, he leaps for it.

The title refers to a song that Scipio remembers from his voyage to England, but I wondered if it’s also an allusion to different sorts of people: those with talents or dreams, like Mozart and Scipio, who fly on the imagination; and those less visionary (like Scipio’s mistress), who demand that everything follows the rules. What’s certain is that this is also a story about exploitation: the fact that both Scipio and Mozart are coddled and admired because they are children, and that both of them find their reception cooling as they grow older. Scipio becomes less of a luxury object that his mistress can show off, and more of a responsibility for her; while Mozart’s brilliance is overshadowed, for the elegant ladies of society, by the fact that he’s no longer an adorable bouncy little boy. It’s an interesting snapshot but, as I said, very brief. One feels that there was so much story left to tell, and it’s hard not to feel slightly hard-done-by, when other stories in this series average around the sixty-page mark.

AT THE HAIRDRESSER’S: ANITA BROOKNER 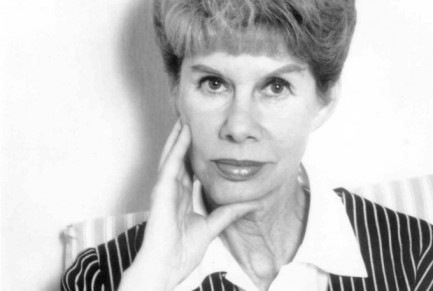 Good grief, I have a real knack for choosing stories that don’t help my current spirits. In this evocative but unremittingly sad story, we meet eighty-year-old Beth, who lives in defiant independence in a basement flat near Victoria. Her solitary state is partly a matter of choice: she asserts, with a prickle, ‘I am not lonely except in company.’ And yet there’s a smack of wishful thinking behind those words. With a broken marriage behind her, without children and with no close friends or neighbours, Beth passes her days with a strict schedule of books and visits to the local hairdresser’s, where she finds a measure of company and liveliness. But one morning she wakes having had a dream of her two girlhood friends, which causes her to revisit her past and her present situation.

When Beth is caught in the rain at the hairdresser’s, one of the girls introduces her to Chris, who runs a car service for elderly ladies. His brightness, youth and enthusiasm bewitch Beth, who discovers that her heart hasn’t yet entirely withered away. This cheerful young man becomes an answer to the yawning void in her life. But do we run the risk of building castles in the air around charming people who appear suddenly in our lives? Can such idealism be sustained? For all her assertions of satisfaction, Beth’s loneliness is so vividly present that it’s almost another character, darkly clawing at the corners of the page, and when events cast a new light on her new friend Chris, she is finally nudged into wondering whether it’s time to make a stand and change her life. Deeply moving as a picture of isolated old age, tragic, and enough to make one start casting worried glances in the mirror. And yet, the story is so affecting precisely because Brookner is so clever, insightful and articulate. She was also an art historian by training, so you’ll probably be seeing a lot more of her round here.

First published in 1892 and inspired by her own experiences of being treated for depression, Gilman’s story is a blistering criticism of medical theories at the time. Her narrator is suffering from an unnamed ‘condition’ (perhaps postnatal depression, as indicated by the narrator’s mixed feelings about her young baby) and has been swept off by her husband to a country house, where she is ‘absolutely forbidden to “work” until I am well again‘. This means no writing. But the narrator is blessed with an active imagination and burns to spill her words out onto paper. She makes do with a secret journal, revealing the scandal of her treatment. Babied by her doctor husband (‘He is very careful and loving, and hardly lets me stir without special direction‘), she is dismissed by him with infantile terms of endearment (‘little girl’ and ‘Bless her little heart!’) and he makes it quite clear that he knows best what’s good for her. With no diversions or stimulation, the narrator struggles, becoming fixated on the strange yellow wallpaper that decorates their rented bedroom. As her hold on reality loosens, it becomes a whole world of bars and curls and hidden, trapped, creeping women.

This undeniably creepy story is presented alongside two others. The Rocking-Chair is a more straightforward horror story, in which two young journalists glimpse a beautiful young woman at a window and, renting rooms in the same house, become fervent rivals for her love. And finally there’s Old Water, which feels lighter and more ironic in comparison, but goes back to the theme of men trying to convince women that they know what’s best for them. The outdoorsy Ellen is presented with a suitor, the Poet, who is just the kind of man her mother longs to have married. Poems and myths and romantic legends – who could want more? But Ellen, actually, is quite happy with her hiking and canoeing and tennis and radiant, healthy activities, and can think of nothing less transporting than sitting under a tree while a man blusters in her ear about people who never existed. Convinced that he’ll be able to open this unformed bud and enjoy its freshness, the Poet persists in his wooing and yet, when he’s finally driven to make his declaration, the true differences between him and his beloved come to the fore. A darkly comic story, which leaves you with a wry smile.

I have Herland already on my TBR list, so you’ll probably see more of Gilman very soon. What else has she written that you think I should seek out?

One thought on “Bite-Sized Fiction”