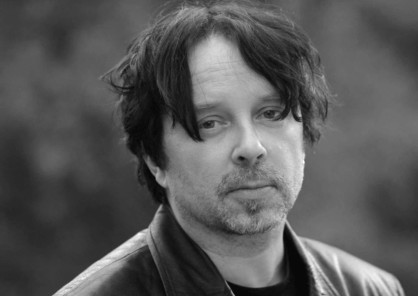 Olli Suominen, an absent-minded publisher, lives in Jyväskylä in Central Finland, where he spends his days trying to find new authors for his firm, serving on the parish council, and losing umbrellas. His marriage is losing its sparkle and, when an old flame erupts onto the Finnish literary scene with a compelling new self-help guide, Olli finds himself being dragged back into memories of childhood summers, when he was a member of a band of children based on Enid Blyton’s Famous Five. But the blissful adventure of those summers hides darker memories of torment, transformation and loss, all mixed up with the secret passages that run below this unassuming hill town. I sometimes got the feeling that Jääskeläinen was trying to do too much at once, but it’s certainly a unique novel with its own peculiar flavour.

Olli and his wife Aino have gradually lost their emotional intimacy, if it ever existed, and Olli has taken to filling his life with other obligations: work, civic duties and, most recently, a film club. He’s captivated by the old classics and it’s thanks to this newfound interest that Aino buys him a present: a newly-published bestseller called A Guide to the Cinematic Life by Greta Kara. As soon as Olli sees the name – and the dedication: ‘To the love of my life, from the girl in the pear-print dress‘ – he’s swept back to memories of the time when he and Greta had a teenage love affair in the course of one incredible summer. Fascinated by her success, he delves into the book: a pastiche of the current fashion for self-improvement guides, which advises a stylised form of life based on characters and scraps of dialogue from classic cinema. The craze for cinematic living is spreading across Finland and Greta Kara has become a superstar. And, when she adds Olli as a friend on Facebook, it seems as though they might have a chance to rewrite the tragic ending of their love affair so many years ago.

Wound up with this story is the tale of Olli’s boyhood adventures with the Jyväskylä Five, a group of adventurous children who spend their summers exploring and even solving a few crimes. You don’t have to be that sharp-eyed to spot some parallels: children called Anne and Richard (Dick / Riku) and a dog called Timi. The leader of the gang is Leo; he, Riku and Anne are siblings and come each summer to stay with their Aunt Anna and their cousin Karri in Jyväskylä. Olli and his dog Timi are caught up in their expeditions and, for a while, everything is sunkissed and perfect. But, as the years pass, the childish adventures take on a darker tinge and, as the Jyväskylä Five come towards adulthood, certain choices are made which will shape the rest of their lives.

Jääskeläinen, like his heroine, seems to be drawing on all manner of source material and jumbling it together into a stew of plot-points which I ultimately found confusing to follow. We have a story of modern marriage and love re-found; another tale about coming of age; a crime thriller; and magical realism below the ground in the secret passages of Jyväskylä, where anything becomes possible. One of these plots might have made for a satisfying book: all of them taken together lead to a labyrinthine maze, each of the ‘genres’ undermining another. There are also masses of dream sequences which add further bizarre motifs and connections. The plot doesn’t always convince, even within the parameters of its slightly dreamlike world: would even someone as absent-minded as Olli fail to notice that his wife and child have been kidnapped for several days? What exactly happens in the end? And isn’t Greta’s backstory just adapted from Almodóvar’s The Skin I Live In? How much of the whole thing is symbolic? How much are we meant to believe as the truth? I can accept that these questions aren’t meant to be answered – that asking them is the point, and part of the surreal game that the author’s playing with us – but knowing that didn’t make it any easier for me to engage with the book.

The translation by Lola M. Rogers is appropriately quirky, but the whole thing feels strangely detached: this is a great love story without emotion, in which the participants are actors on a stage rather than real people, and the stakes never feel that high because you feel you’re just watching a film – at one more remove than the emotional engagement you usually get with a novel. It’s a very strange book: it wants to embrace golden childhood memories; mid-life crises; profound questions of identity and self-fashioning; and omnipotent crime bosses, any one of which would be enough for most novels. Has anyone else read it? I feel it’s something that needs to be discussed – with spoilers – so feel free in the comments, if you want to probe into it further.