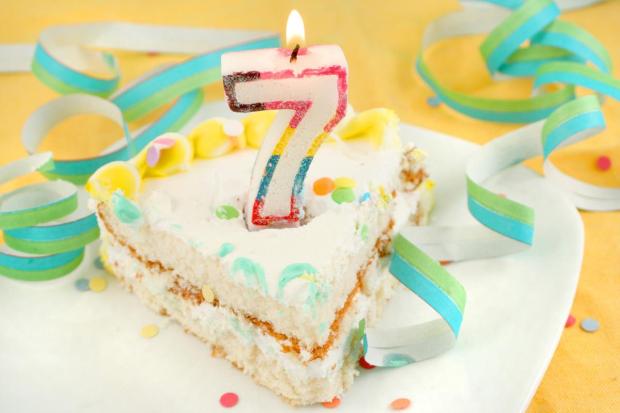 Yes, it’s 26 July again! Today is the seventh birthday of The Idle Woman, so light the candles, put on your party hats (preferably at a slightly rakish angle), and get in line for a slice of cake. It’s all been happening here over the last couple of months. We’re halfway through the Summer Without Men reading project, and I promise that we’ve got many more wonderful books lined up for August, including first encounters with Meg Wolitzer, Vita Sackville-West, Doris Lessing and (belatedly) Agatha Christie. We’ll be analysing the function of genes with Kat Arney, delving into the mysteries of the deep with the aptly-named Helen Scales, and exploring the ancient world with Jacquetta Hawkes. Beyond the books, there’ll be posts on the Royal Shakespeare Company’s epic duo of Imperium plays, Glyndebourne’s spectacular Giulio Cesare, and much more theatre coming up. More than ever, the sobriquet ‘idle’ feels a little ironic, but that’s the way I love it.

What else do you have to look forward to in the coming months? Well, lots of you seemed to enjoy the previous posts I wrote about my work on my French Portrait Drawings show a couple of years ago. It felt rather odd to bring my professional life and my blog life together, but everyone was so lovely about it that I’ve decided to do it again. I’m one of the co-curators of a major Renaissance exhibition coming up this autumn – Mantegna and Bellini at the National Gallery here in London – so I thought I’d give you a sneak peek, towards the end of the summer (if you’re good). You’ll be able to find out more about Mantegna and Bellini, see some of the fantastic loans that have been granted to the show, and hear about some of the themes. And I’ll probably do another post purely devoted to their drawings, which is my area of primary focus, and one which remains full of exciting (and rather alarming) uncertainty. These will be going up in late summer or early autumn, and hopefully I’ll persuade some of you to come along to see the exhibition… And if you’re really keen, come join me at a lunchtime lecture I’m doing at the National Gallery on 15 October. It’ll be fun!

More than ever this year, I want to thank everyone again for your continued support for the blog – and a special thank-you to those who’ve been making more of an effort to comment, and who’ve been in touch with me in other ways. It’s so great to get your thoughts and recommendations. And, as ever, I want to thank my stalwarts, although this year I also owe you apologies: to Isi and Helen for not engaging more with your blogs recently, and to Heloise in particular for dropping off the radar and a solemn promise to be better from now on. (I’m soon heading off home for two weeks and I’m taking Genji, so if I don’t have some sensible comments to make by the end of August, you are welcome to bop me on the nose with a rolled-up newspaper.)

Sending you all hugs, and warmest wishes for what’s turning out to be an extraordinary summer by London standards. I can’t wait to see what the next six months bring, but for now let’s get back to that important question: the cake… One slice or two?