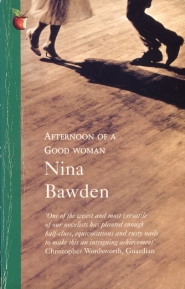 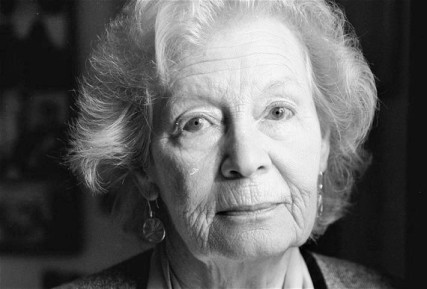 When I was in primary school, we had a visit from Nina Bawden: I’ve no idea why she should have come to a modest school in a distinctly undistinguished small town, but it clearly made a deep impression on me. I bought Carrie’s War, got it signed and, since then, I’ve always associated Bawden with children’s books. So it’s been a surprise to find out that actually she wrote numerous books for adults, and this happens to be the first one I found. It unfolds during the course of one day, as middle-aged Penelope – a magistrate, wife and mother – sits in judgement at the Crown Court with her colleagues. But this is no ordinary day, for Penelope has decided to leave her husband. And so, as she finds herself up against the letter of British justice, she finds herself revisiting her own past and wondering, if her own life was laid out for public scrutiny, how she would fare…

Bawden’s novel gradually brings us into the inner world of a busy middle-aged stay-at-home mother, who has devoted her life to other people. Penelope has always been full of a desire to help others – she gravitates towards those who need her – and this has led her to become a magistrate, as well as her passionate involvement in the lives of those around her. As the long court cases unwind, Penelope finds herself drifting back to her childhood and to her fragile stepmother Eve, the first person Penelope tried to help – at an age when she wasn’t really able to succeed. And from there we watch as Penelope, having lost her mother and increasingly isolated from her father, attempts to bolster her own family by trying to improve the lives of her step-siblings April and Steve.

Throughout her life, Penelope has been the kind of quietly determined person who grafts behind the scenes and is taken for granted by those around her. Her decision to leave her husband Eddie is partly prompted by frustration at having been so underappreciated for years. She comforts herself by thinking that it’ll do him good to fend for himself – and that her two complacent daughters will be there to support and comfort him, and to give him something to worry about, as Penelope herself has worried with so little recognition for so many years. In fact, Bawden is showing us a situation that befalls so many women, particularly at the time the book was first published in 1976, but still irritatingly relevant nowadays. But her ‘heroine’ (and I use inverted commas advisedly, because Penelope isn’t always particularly sympathetic as a character) is going to do something about it.

This is very much a close-focused piece of fiction, delving into the many experiences and memories that go to make up a person – even if that person, at the present, appears to be a very neat, efficient, practical and respectable pillar of society. Penelope’s different lives, with her family, her legal colleagues, and her lover, all mesh together in a complicated bundle of emotions and obligations. Completely hidden below the surface, these are like cogs and gears quietly driving her life in its new direction. Of course, there is much to wonder about as Penelope’s day progresses. Will her experiences cause her to rethink her decision? Will her cool, detached logic be unsettled by emotion? Will her meditations on the cases before her throw a new light on her own surprisingly turbulent life?

I enjoyed this because it was gentle, generous and wise. By ‘generous’, I mean Bawden’s own writing rather than Penelope’s own actions, which are often selfish, as perhaps is fair in a woman who hasn’t had much of a chance to assert her own personality. Penelope herself has spent her whole life being a helpmeet to others, by choice and by vocation, and yet it raises the question – particularly pertinent for women of a certain age (and perhaps for the men who love them) – at which point do we have to draw a line in the sand and say: From here on, my life is my own, to reach my own potential and aim for my own goals? It’s a quiet book, much of it spent within Penelope’s mind, but I found it surprisingly enjoyable and I’m looking forward to seeking out more of Bawden’s fiction for adults. I have Family Money on my TBR shelf already, but please do point me towards others! Perhaps it’s time to reread Carrie’s War too?!